I am in Çeşme for the second time after a year. This time for the 11th Alaçatı Herb Festival. For some reason this is my first time to this festival, which has been held since 2010 and was interrupted for two years due to the pandemic; I’m quite late. However, it is an event that anyone who likes to eat well, adopts healthy eating as a motto and knows how to enjoy life a little should visit it every year, maybe once every two years.

Even though, as the weather turns to spring, a crowded crowd from time to time makes it extremely difficult to walk through the narrow alleys of Alaçatı, and especially to wander through the market where local producers share the stalls, and not to get tired.

THE FESTIVAL STARTS WITH A CORTAGE

We catch the festive procession on Friday; This is the first event in which we journalists from Istanbul have participated. In the procession of the cortege, which lasted about 45 minutes, a brass band cheers the streets, followed by Aegean women with flower crowns on their heads and local dresses.

Those who take pictures, those who run to catch the thrown flowers, the fathers who carry their children on their backs, those who sway in harmony with the music, suddenly turn to the acrobats who come from behind and attract attention with their acrobatic movements. The group of women in white coming from behind reminds me of the ritual scenes from the movie “Midsommar” which I watched a few years ago, but after all I remember that the rites of spring are an extension of a pagan tradition and represent the awakening of nature, and I come back to reality. There are various herbs in the market, which has settled along the main street for three days, some of which I do not know at all, and some of which I often consume on our tables: Şevketi Bostan, Radika , Cibes, Lazy Avrat Grass, Arugula, Lamb’s Ear, Artichoke, Coco de Mer, Nettle, Asparagus and of course, Labada, which is the theme of this year’s festival, in fashionable terms, on which they built this year’s festival… There are all shades of green in this market.

There’s also a blend where all of these herbs are mixed together and sold under the title ‘Roasted Grass’, which is the perfect appetizer if you ask me.

On the other hand, you can eat these herbs in the small plates given to you by adding lemon and olive oil, and you also find yourself in an environment where you can taste and eat whatever you want. , cookies to wraps, pastries to baklava, spinach cake to all sorts of fruit at other stalls. In other words, it’s easy to fill your stomach and empty your pocket until you enter one side of the market and exit the other.

Joking aside, of course, the impact of the economic crisis is also being felt in this market; In other words, the producers are not making bad profits from this activity and the economic activity can benefit them, but almost everyone agrees that the prices are suffering. Of course, it is very sad to miss Ayhan Sicimoğlu’s concert on the first night, but during the dinner held at The Stay Hotel, it seems to relieve our sadness a little. In addition, we eat extremely creative and delicious appetizers prepared by the jury members of the festival’s traditional cooking competition, accompanied by Mercan 3 raki.

Talking about the cooking competition, the names that received prizes in two categories in the final, organized by Çağla Şıkel and held at the mosque square in Alaçatı, are listed as follows:

The most beautiful aromatic herb contest

DAY BEGINS WITH THE SURF RACE

The next morning, we start the day watching the surf races in Alaçatı Bay, one of the most special windsurfing coves in the world, from our hotel (Port Vista Hotel), which overlooks the port of ‘Alacati. There is a public Kenan Doğulu concert in the evening and everyone is in a hurry to go back to the market and buy lemons or grilled herbs. I say in a hurry, because there are rumors that there won’t be much left until the last day of the festival, which we personally confirm the next day.

In the evening, after spending some time in Köyiçi Limon and having a snack, we go to the concert hall. Thanks to the mayor of Cesme Ekrem Oran and the municipality’s press officer Seher Deniz, who took great care of us throughout the festival, they reserved a place for us in the front part of the concert area. The concert, which started with Doğulu’s rendition of “Yeşmişlik” and lasted about 2.5 hours, excites everyone and of course tires a lot. Or we feel tired because of our age, now the interpretation is up to you. We return early to the hotel and sleep. 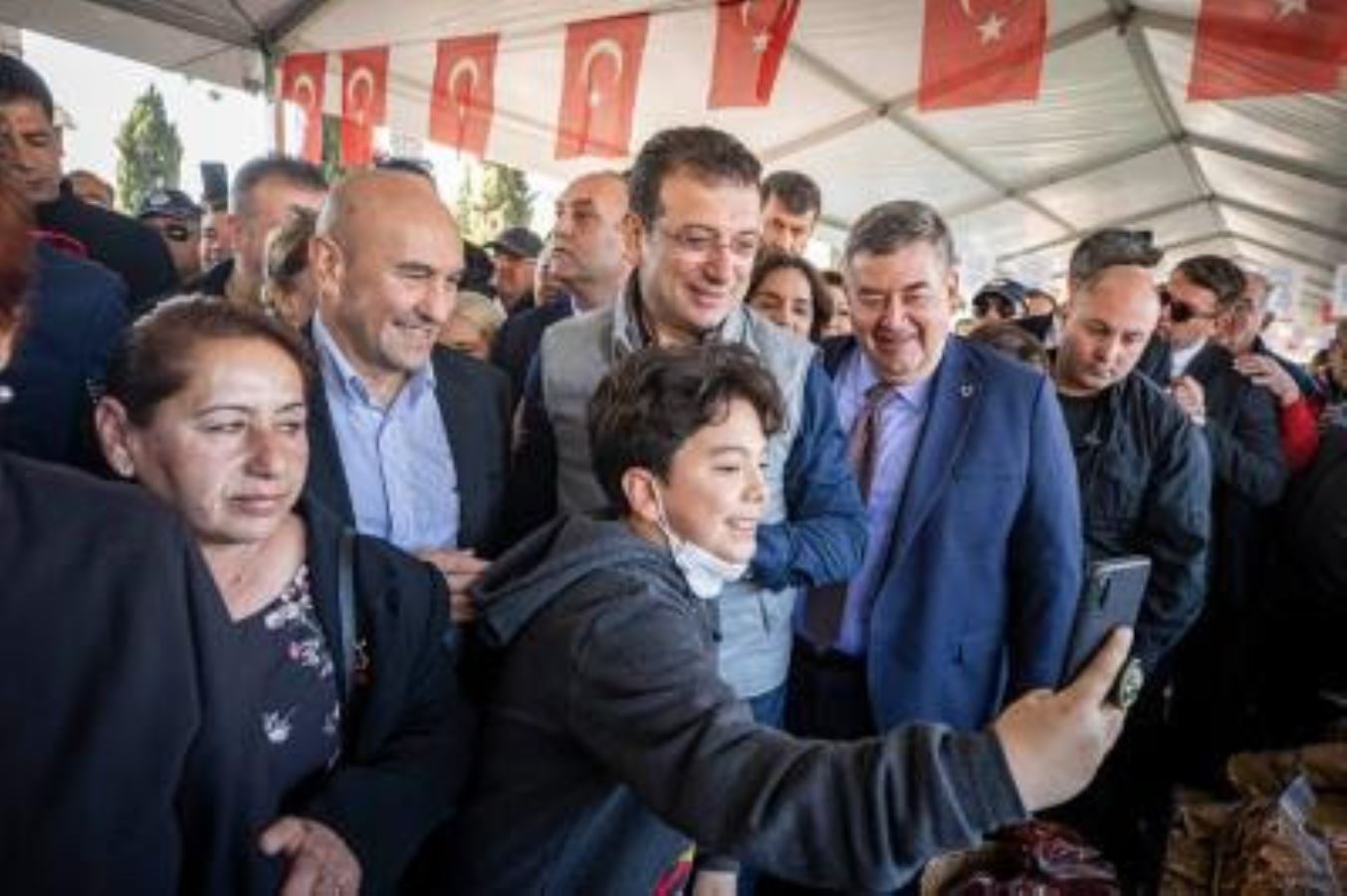 You must have come across him in the media, the Mayor of the Metropolitan Municipality of Izmir, Tunç Soyer, and the Mayor of the Metropolitan Municipality of Istanbul, Ekrem İmamoğlu, did not fail to visit the festival and mingle with the audience. Not only them, Mayor of Kadıköy Şerdil Dara Odabaşı, Assembly members of the Republican People’s Party (CHP) Devrim Barış Çelik, Semra Dinçer and many party representatives were also in Alaçatı during the festival.

Emphasizing that spring means hope, Tunç Soyer said in his speech to the audience, “Societies sometimes experience winter and dark winter, but then the sun rises and spring comes. Rest assured, a beautiful spring awaits us. And we will establish this spring together. We will live together on this smiling face land and play, you will see. There are very few left. Let no one blacken the neck. This beautiful country is waiting for us,” he said.

In a speech on the last day of the festival, Mayor of Istanbul Metropolitan Municipality Ekrem İmamoğlu said, “Today we are witnessing a very precious festival. Weed festival, I was able to come for the first time. I felt the fertility, the taste, the flavor, the productive power and the power of the women of this beautiful land. You are amazing. Good luck with your enthusiasm. Every corner of this heavenly land is fertile and its inhabitants are magnificent. What is missing? Something is missing. You know him well.

We are also aware of our responsibility. As my dear and courageous friend Tunç Soyer said, we are working very hard. We try to lead the most beneficial process of our cities towards the future of our country by listening to you, without making mistakes, without missing anything, and by producing work. There is no doubt about it,” he said. 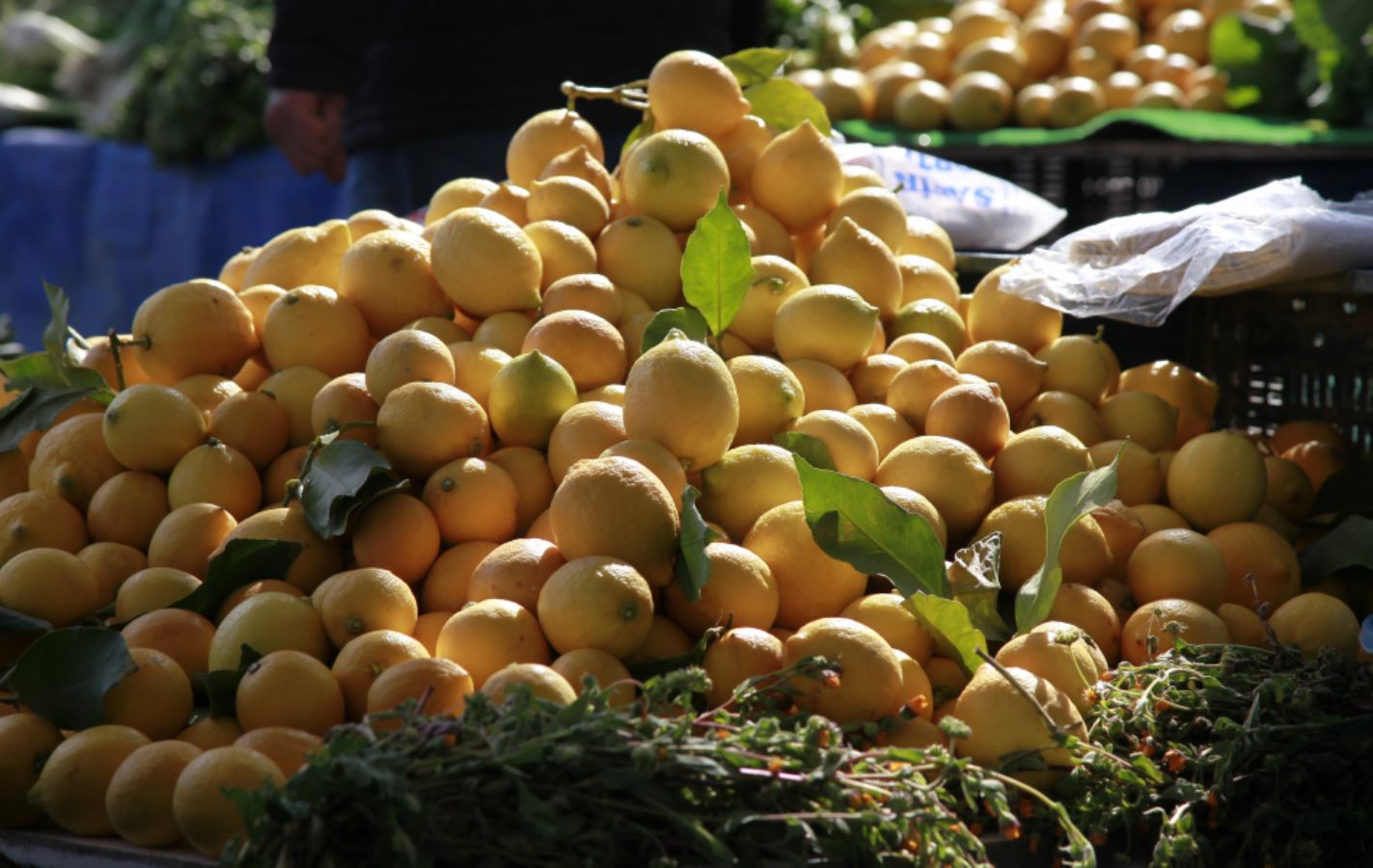 We say goodbye to the Alaçatı Festival after three windy or sunny days, but extremely pleasant in every way. I hope to see you next year.