HAS THE MINIMUM WAGE HELD AGAINST INFLATION?

The 50.4% increase in the minimum wage in 2022 remained about 10 points below the rate of inflation in the third month of the year.

IS THE 2022 MINIMUM WAGE THE BIGGEST INCREASE IN HISTORY? 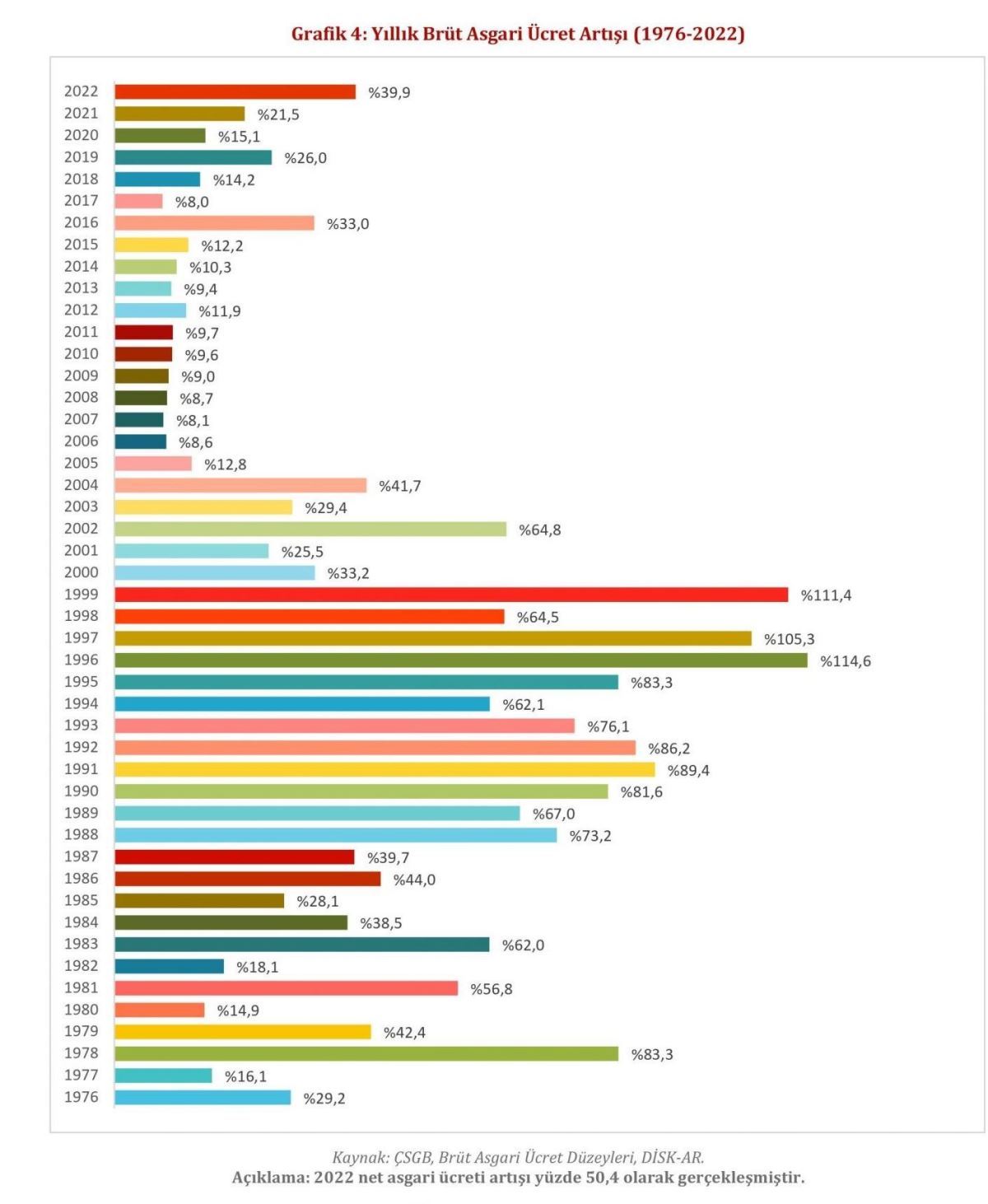 WHERE IS THE MINIMUM WAGE IN TURKEY IN THE EUROPEAN RANKING?

According to Eurostat data from January 2022, Turkey ranks second among the countries with the lowest minimum wage in Europe with 328 euros. Albania comes after Turkey with 248 euros. Luxembourg with 2,000,257 euros, Ireland with 1,775 euros and the Netherlands with 1,725 ​​euros are among the top three in the list of countries with the highest minimum wage among EU countries.

IS THERE A LEGAL OBSTACLE?

Article 39 of Labor Law No. 4857 “Minimum wage limits may be determined by the Ministry of Labor and Social Security, through the Minimum Wage Determination Commission, no later than every two years, in order to regulate the economic and social conditions of all workers who work with an employment contract. whether or not they fall within the scope of this law. is indicated.

As is clear from the text of the law, the minimum wage “every two years at the latest” can be determined. Therefore, there are no restrictive provisions which would prevent the re-determination of the minimum wage before the expiration of a two-year period. At the request of the Ministry, the Commission can always be convened and the minimum wage can be redetermined.