Unlike AKP President Erdogan, citizens believe that the economic situation in Turkey is worse than in Europe.

Issues related to the agenda were discussed in the week 2022/14, Turkey Monitor, prepared by Aksoy Research. The view that Turkey’s economy is poorly managed is also dominant among AKP and MHP voters. People in the study were asked about the most important problem they had recently encountered. When the open-ended responses were analyzed with the word analysis method, economic concerns were found to be the most important issue on voters’ agendas.

Kılıçdaroğlu left behind İmamoğlu and Yavaş Erdoğan! Here are the latest survey results 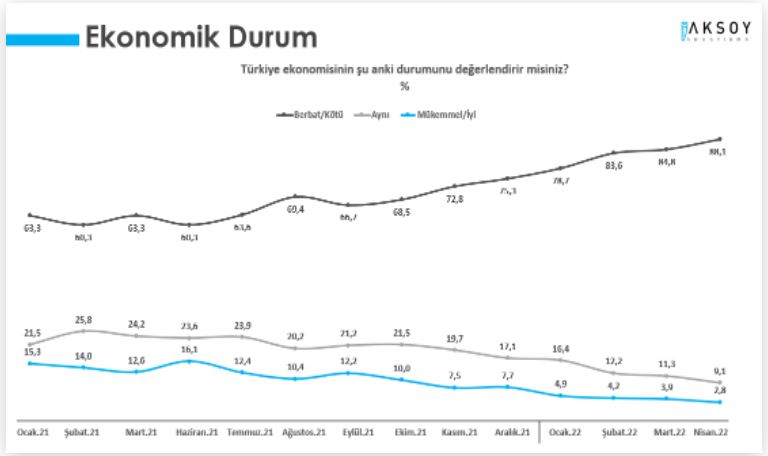 2.8% SAY THE TURKISH ECONOMY IS GOOD

When respondents were asked to rate the current economic situation, 88.1% said it was horrible or bad.

In general, from September 2021, the growing worries about the economy have been seen to continue and even worsen with the new year. Over the past five months, the negative view of the economic situation has worsened, breaking a record compared to the previous month.

Likewise, the situation did not change in April 2022 and the negative opinion of voters on the economy continued to increase.

AKP AND MHP VOTER: THE REASON FOR BAD TREATMENT IN THE ECONOMY

When analyzed by party, it was found that the rate of voters who cited external forces as the reason was higher in the AKP and MHP. Despite this, the view that the economy was poorly managed prevailed over both groups of voters.

57% of AKP voters and 64.7% of MHP voters cited the administration as the reason for the poor economy. 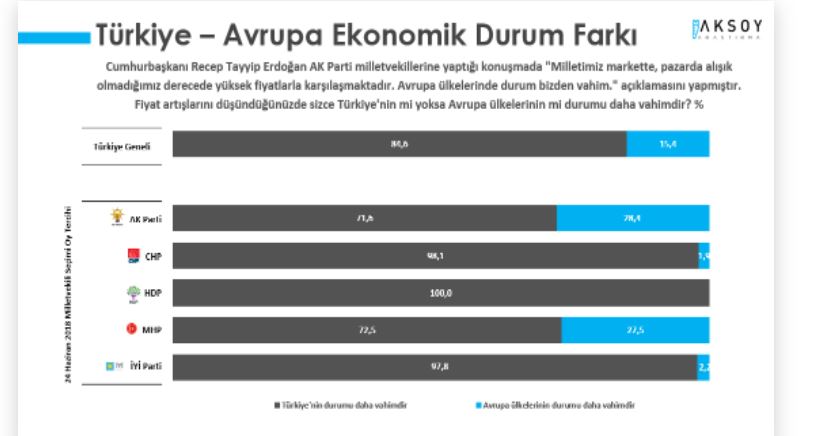 TURKEY’S SITUATION IS SIGNIFICANT THAN EUROPE

Voters were asked about a binary option when AKP President Recep Tayyip Erdogan described Europe’s economic situation as worse than Turkey’s in a statement this week.

İbrahim Uslu: The number of alliances can be increased to 4

When analyzed on a party basis, the rate of those who see Turkey’s economic situation as more dire was higher among AKP and MHP voters.

However, the rate of those describing the situation in Turkey as more serious was higher in both constituencies. According to 71.6% of AKP voters and 72.5% of MHP voters, Turkey’s economic situation was worse than that of Europe. 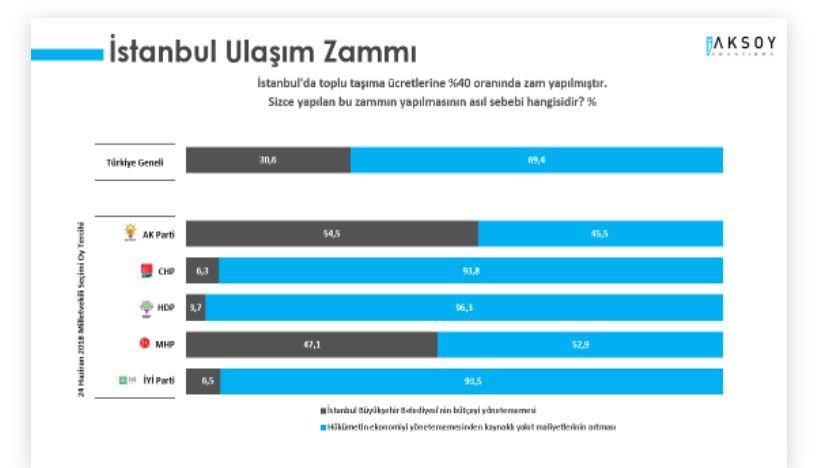 THE MAIN REASON FOR HIGHER TRANSPORTATION IN ISTANBUL

When analyzed on a part basis, the general view focused on rising fuel costs due to the government’s inability to control the economy. However, the situation was reversed in the AKP group. 54.5% of AKP voters cited the municipality’s inability to manage the budget as the reason.

The rate of AKP voters who said fuel costs had risen due to the government’s inability to manage the economy was 45.5%.

Mansur Yavaş has upped the game in the latest poll