When the perception of “this trend cannot be broken” due to chronic increases in gasoline bread prices and the melting of the lira, citizens’ “fatigue index” peaked. 9 out of 10 people said that “Turkey’s biggest problem today is the economy”. Those who said their household income had declined over the past year reached majority. The feeling of “fatigue” in society in general has exceeded 60%.

The ‘Antikriz report’, which consists of online interviews conducted by research firm Ipsos with 800 people, revealed a stark picture of the company’s sentiment. The cost of living and the government’s insistence on a day-to-day solution approach have made the economy the number one agenda. 91% of respondents said Turkey’s most important problem is the economy. 58% said their household income had decreased over the past 12 months.

90 PER CENT: VAT DISCOUNTS ARE NOT A CURE FOR HIGH PRICES

It was also stated in the report that the VAT reductions, which were implemented as a formula for increasing prices, were not a “breath”. The rate of those who said that “VAT discounts are not an adequate solution for high product prices” was 90%. The economic problems encountered after the epidemic have had a negative impact on the mood of society. 60% said they felt more tired and bored. “The economy has removed all the problems,” said Ipsos CEO Sidar Gedik.

THE CITIZENS ARE TIRED AND BIKKIN

Research from Ipsos, which found that Turkey’s most important problem is the economy, found that people are now thinking about their economic situation rather than the epidemic. In the study, which found that the epidemic and economic problems also affect the mood of society, individuals were reported to feel more tired and bored, especially with the increase in economic problems. In this process, the company has been most constrained by electricity expenses.

The economic crisis deeply affects citizens. According to Ipsos’ Anticrisis report, government tax cuts have not worked for the consumer. The rate of those who think that the reduction in the VAT rate on certain products such as cleaning products, shampoo, toilet paper, baby diapers and sanitary napkins from 18% to 8% does not affect market price was 81%. According to the report, the rate of those who believe that this reduction is reflected in prices is only 8% It was also revealed that the rate of those who believe that the reduction in VAT on food products and other products is not an adequate solution for the high prices of basic consumer products is also very high. 58% of respondents indicated that their household income had decreased over the past 12 months. Those who say their household income has increased represent only 10% of society. In the study, which found that the epidemic and economic problems also affect the mood of society, individuals were reported to feel more tired and bored, especially with the increase in economic problems. The feeling of fatigue also increased to 60% for the first time. Nine out of ten people believe that Turkey’s most important problem is the economy. 91% of society is of the opinion that the economy is Turkey’s most important problem. With the decrease in the effect of the epidemic, the epidemic is no longer considered a significant problem. Sidar Gedik, CEO of Ipsos Turkey, said: “For about a year, the economy has emerged as the most important issue in our country. With the effect of the epidemic waning in recent months, the economy has come to a position where all other problems are removed. As inflation continues to rise, six out of ten people say their household’s purchasing power has declined over the past year. Naturally, when we ask what is the most important problem in our country, almost no other problem comes to mind,” he said.

“HIGH PRICES ARE NOT ENOUGH FOR VAT REDUCTION”

Sidar Gedik continued, “In order to cope with price increases, the government, producers and consumers are taking various measures from their own perspective. Among the measures taken by the government, there are also reductions in VAT. Yet eight out of ten citizens do not believe that these discounts are reflected on the labels. And nine out of ten believe that the VAT cuts will not be enough to fight against the rise in prices. In other words, some of us say that even if the discounts are reflected on the label, it won’t be enough. In the past 2 years, we have been really tired in the fight against the epidemic and the economy. Six out of ten people feel tired, we have never felt so tired. I hope the spring months will not only bring psychological relief, but also economic relief with reduced heating costs.

According to the Ipsos report, electricity costs were the most difficult for the company in this process. 55% of individuals say electricity costs are pushing them hard. In addition to electricity expenses, other expense items that constrain citizens have come to the fore such as clothing, natural gas, household maintenance and food products. However, when we look at them in general, we find that all kinds of expenses oblige individuals.

MARKET SPENDING IS KEEPED TO A MINIMUM

Majority of the society is trying to reduce their grocery expenses. While 66% of individuals try to meet their minimum grocery shopping needs and keep their spending to a minimum by foregoing certain categories if necessary, 24% are looking for ways to make the products they consume less expensive. Opinions of half of society on household income are also not very positive.

WE FORGET THE EPIDEMIC OF THE MISSION TO LIVE

HALF HOPE IN THE NEAR FUTURE

According to the research results, Sidar Gedik explained that the majority believe that their personal economic situation will deteriorate in the near future, “About a third of them believe that their personal economy will remain the same or improve in a near future”. future. However, when we assess the issues of national economy and personal economy together, we find that a part of this group, more optimistic about their own situation, is not satisfied with the state of the economy of the country. 54% of respondents in our survey say their household income has decreased over the past 12 months. Consistent with the question on personal economy, about 40% of respondents in this question report that household income has not changed much or has increased over the same period. However, if we remember that the rate of those who say that the most important problem of the country is the economy is 86%, we can say that a significant part of those who have suffered no loss of household income see the economy as a problem.

Sidar Gedik continued his statement as follows: “We see that the item that affects citizens the most in price increases is the electricity bill. With the effect of the winter season, clothing costs are another item. Other unavoidable monthly billing items like natural gas and water also have a big impact. Two out of three people who participated in our research say they can stop consuming certain categories of products in order to save money at the grocery store. The economy has become a problem independent of political preferences. We understand this from the fact that eight out of ten people describe the state of the country’s economy as bad, according to the latest published research, no political party or alliance has 80% of the vote, citizens are unhappy with the economy regardless of their voting preference. 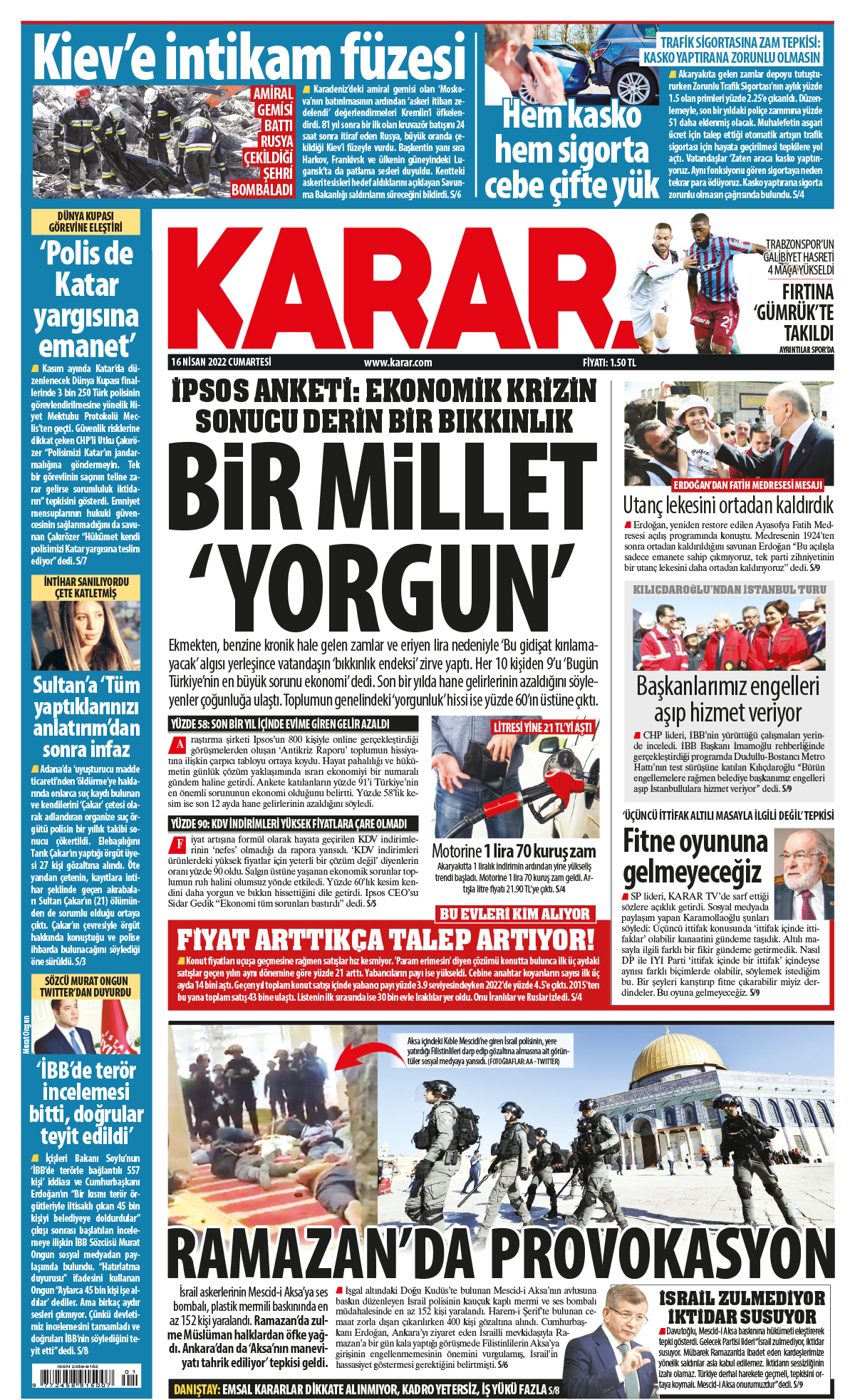