Istanbul Film Festival It invites moviegoers for the 41st time with its rich program of 135 feature films and 22 short films, including the latest examples of world cinema, the latest films by master directors, new releases and cult works. Returning to cinemas after two years, the festival will screen films from 164 directors from 43 countries in 14 sections over 12 days. In addition to screenings, lectures, concerts and special events with the participation of directors and guest actors will also be included in the festival.

The 41st Istanbul Film Festival, organized by the Istanbul Culture and Arts Foundation (İKSV) with the support of the Turkish Ministry of Culture and Tourism, was held on Thursday, April 7. Cemal Resit Rey Concert HallIt started with the opening ceremony. Many guests from Turkey and abroad, especially the crews of the films screened at the festival, attended the ceremony.

Your server Cem DavranDuring the opening ceremony of the 41st Istanbul Film Festival, undertaken by .

A plaque of appreciation to the General Directorate of Cinema of the Ministry of Culture and Tourism of the Republic of Turkey, who made a great contribution to the festival, General Manager of İKSV Gorgun Taner presented by.

Plaques of thanks were presented to thematic sponsors Anadolu Efes, Zorlu Holding and Paribu, who contributed greatly to the festival, and to Zurich Sigorta, the special sponsor of the screening of Turkish classics at the festival from yesterday to today. During the ceremony, the founding sponsor of İKSV Eczacıbaşı Group and all the institutions and organizations that supported the festival were thanked.

The excitement of competition at the festival begins on April 8

During the ceremony, the festival competitions and the members of the jury were presented. 57 films compete at the 41st Istanbul Film Festival under five titles: International and National Competition, Young Masters, National Documentary and Short Film Competition. Screenings of the films in competition begin on the first day of the festival, April 8.

The First Film Honor Award of the 41st Istanbul Film Festival, a versatile name who has made great contributions to our art world with his works in different disciplines such as backstage and teaching as well as the actor play. Gulsen Tuncerintroduced to . The Gülsen Tuncer Prize is headed by the director. Ayca gear presented by. 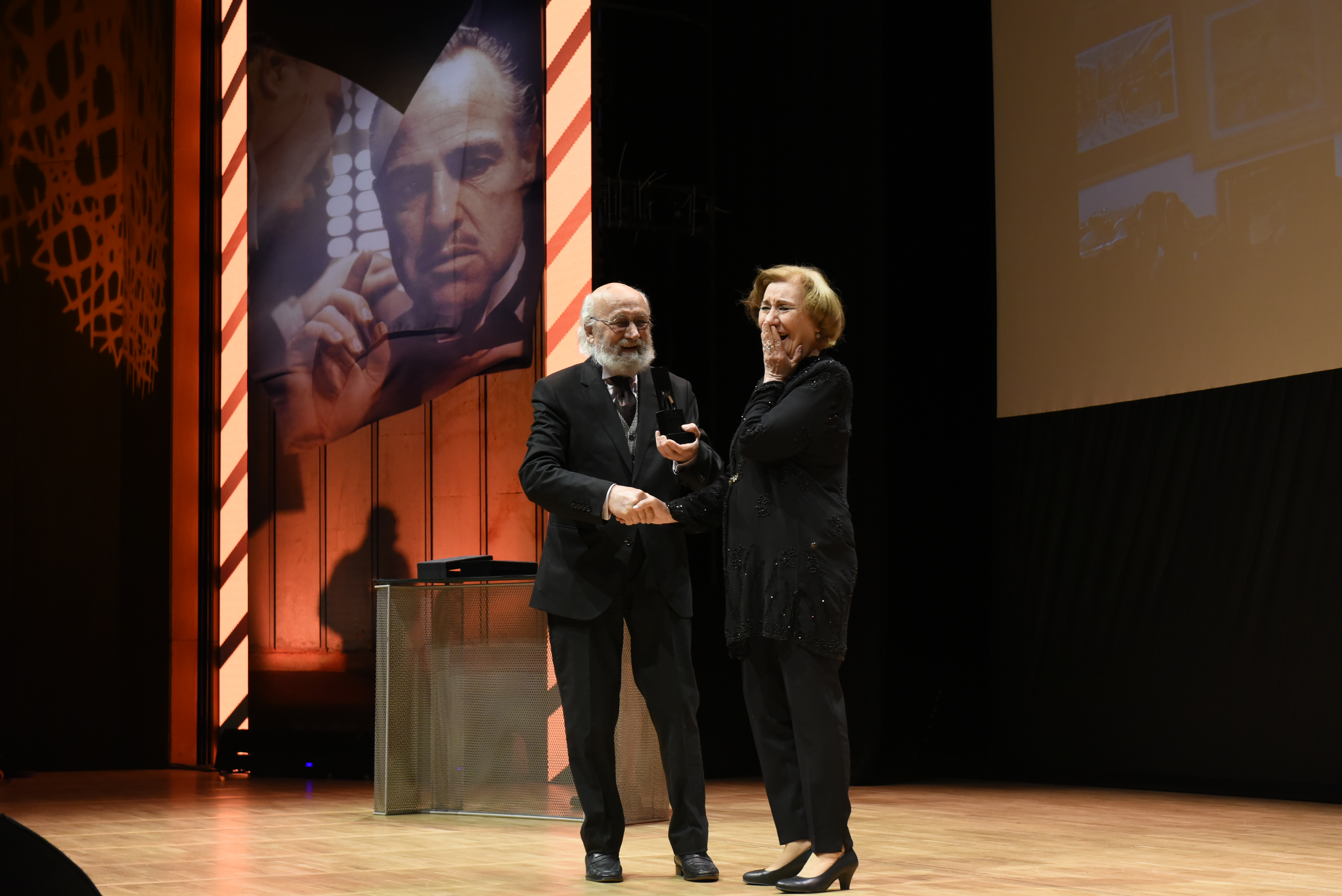 The festival’s second Film Honor Award is the Precious Actor who began his career in theater and continued successfully in film and television. Meral Cetinkayaintroduced to . Meral Çetinkaya received her award as an actress. Guler Okten the current. After the ceremony, Rabiye Kurnaz vs. George W. Bush directed by Andreas Dresen was screened. The film, which had its world premiere at the Berlin Film Festival in February 2022 and won the Art Cinemas Association award for best screenplay, also starred Rabiye. Captain of MeltemWon him the award for best performance. The ceremony was attended by the director of the film Andreas Dresen, Meltem Kaptan, the protagonists of the film. Rabiye’s trick and his lawyer, Bernhard Docke, also attended and presented the film.

A total of 157 films by 164 directors from 43 countries, from the latest examples of world cinema to cult works, from the latest films by master directors to new discoveries, classics and hidden gems, will be screened at the 41st Istanbul Film Festival between 8 -April 19.

Festival screenings in Beyoğlu Atlas 1948Beyoglu Cinema, Auditorium of the Pera Museum, in Nisantasi CineWAM Premium+ City’s (Hall 3 and Hall 7) and Kadıköy Kadikoy Cinema and Kadıköy Municipality Cinematheque/Cinema House It will take place in 7 rooms. International guests of the festival will have a cinematic feast in Istanbul for 12 days with lectures, concerts and special events.

Under the sponsorship of Zurich Insurance, the Istanbul Film Festival continues to present on the big screen the important works of Turkish cinema after many years, with the section “Turkish Classics from Past to Present”.
N Kolay Banka supports the festival as a contributing organization.