Prices for airfares and domestic buses were announced, just days before the Ramadan holiday. Due to rising fuel prices, bus and plane ticket prices on this holiday have increased by 50-75% compared to last year. As a result, residents of Istanbul who want to spend the first vacation of the year in their vacation regions or hometowns have to pay an average of at least 700 Turkish liras round trip. Considering Friday, April 29, the last official working day just before the Eid holiday, bus company “one-way” fares for holiday regions like Izmir, Antalya and Bodrum start from 350 Lira and go up to at 500 lire. The “one-way” departure fare to the holiday regions on the planes is determined at a minimum of 700 lira. For Central Anatolia and Eastern Anatolia, the one-way fare for bus tickets is sold for at least 500 lira, while air tickets are sold for at least 700 lira. 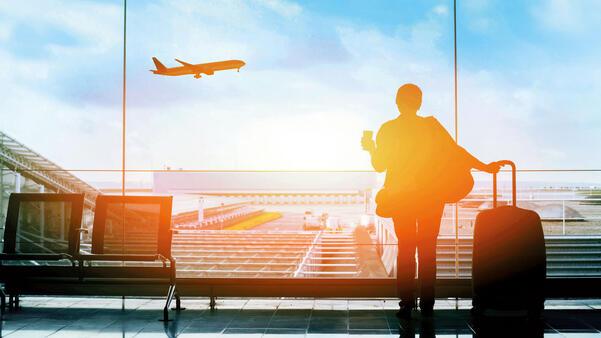 Citizens who will travel from Istanbul to Ankara during the holidays will have to pay at least 700 Turkish liras for their bus tickets. Those who fly to the capital during the holidays and return must sacrifice 1000 lira. By the way, the full return ticket to Ankara with the high-speed train (YHT) is 261 lira. However, due to the limited number of tickets, it is very difficult to find any here. The fees to be paid by citizens who will travel to and from different cities in Anatolia vary depending on the distance to be travelled. In this context, return bus tickets from Istanbul to Trabzon are on sale for 900 TL and plane tickets for 1450 TL. Similarly, while the return bus ticket to Diyarbakır is 1000 TL, the flight ticket is offered for sale for 1500 TL. The cost of the trip to Kars varies between 1000 lira and 1400 lira.

“THEY LEFT THE CAR AND TURNED TO THE BUS”

Birol Özcan, president of the Turkish Bus Drivers Federation (TOFED), whose opinions on the matter we received, said that people will prefer to travel by bus and plane instead of traveling by car because of fuel prices. this holiday. Özcan said, “Currently, our party bus occupancy rates have reached 80%. We have asked the Ministry for authorization for additional flights. Soon we will launch additional flights as we do every year. Prices will not go higher than the level they are currently at. Prices for additional services will be at the same level as current bus prices,” he said. 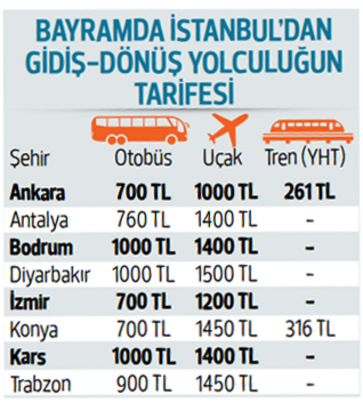