Following the transition to the presidential system of government with the referendum of April 16, 2017, Turkey experienced a collapse in the economic, social and justice fields under the administration of President Erdogan of the AKP.

The date of April 16, 2017 was a turning point for Turkey. The constitutional amendment prepared by the AKP and supported by the MHP was passed in the referendum. The transition to the presidential system of government was approved with 51.41%, with the referendum, which took place in a dubious manner and where there were strong suspicions that the votes had been stolen.

Following the referendum held during the state of emergency, with the change being championed as a Turkish-style presidential system and rendering the parliament dysfunctional, all administration and authority was brought into the hands of ‘a single person. Since then, the Turkish economy has collapsed, injustice has spread to all areas, crises have become “stable”, long queues for cheap food have started to appear in all the country, foreign policy inconsistencies returned to the new normal, even democracy became sought after. The scorecard that has emerged looking back over the past 5 years sums up the dire situation the country has arrived in.

Unsealed votes marked the referendum process. There is a widespread belief in society that the AKP government received a dubious “yes” from the referendum. What happened in the referendum was also the indicator of the final blow to justice. The government has increased its pressure on justice. According to the World Justice Project report, Turkey was 101st in the Fundamental Rights Index in 2017. At the end of 2021, it fell to 117th place. Although the AKP government advocates a “zero tolerance for torture” approach, countless people have been tortured in prisons and by law enforcement agencies in recent years. The Council of Europe’s Committee for the Prevention of Torture determined that there were a large number of cases of torture in Turkey in 2017 and 2019.

THE CRISIS HAS BECOME CHRONIC

Citizens, whose incomes have shrunk with inflation, line up for cheap oil and bread in nearly every neighborhood. Even the most basic needs can no longer be met. On April 16, 2017, 1 dollar was worth 3.69 TL. Currently, 1 dollar is worth approximately 14.64 TL. In the year of the referendum, the price per liter of diesel was 4.68 TL. Currently, the price per liter of diesel has exceeded 20 TL.

BATTLE AT THE PRESS

Freedom of expression and thought has also suffered greatly over the past 5 years. The government has increased its vigilance against the independent press. Many media have been granted to business-friendly people through loans from public banks. Turkey was ranked 155th in the 2017 World Press Freedom Index published by Reporters Without Borders. According to the same index, Turkey ranked 154th last year. Over the past 5 years, countless journalists and intellectuals have been arrested and detained for a long time. Nothing has changed in the pressure on the press. 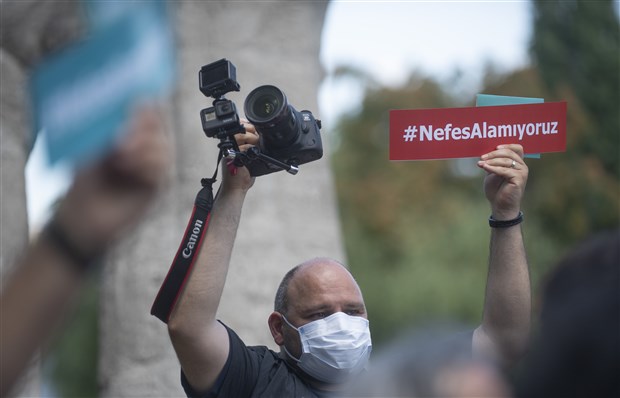 Along with the referendum, an incoherent foreign policy based on everyday interests prevailed. Last year, warm contacts were established with the United Arab Emirates, claimed to be behind the July 15, 2016 coup attempt by media close to the government. In addition, “normalization” steps have begun to be taken with Egypt, Israel and Armenia. The deep economic crisis underlies the AKP’s efforts to befriend its “former enemies”. Unable to manage the crisis, the government turned its way to the Gulf countries in search of speculative capital.

THEY CAN’T GO TO SCHOOL

Erdogan’s administration made no progress in education after the referendum. With 39%, Turkey is one of the 2 countries with the highest number of people who lack basic skills such as reading comprehension, basic math knowledge and simple problem solving in l OECD. In 2022, there are more than 2 million children in the compulsory education age group who are not in school. Moreover, the “Turkish Language Test in Four Skills” conducted by the Ministry of National Education in 2020 revealed that children are only successful in speaking.

Turkey ranked 103rd out of 167 countries in 2021 in the Democracy Index. Turkey was in last place in the Western Europe region, where 21 countries were assessed. With the AKP government and the transition to the new system of government, people are more unhappy now. The World Happiness Index report has completed its tenth year and this year the Scandinavian countries have left the top spots to no one. Turkey, on the other hand, fell 8 places and became 112th. According to public opinion polls; 70% of citizens say they are against the system because of the presidential system of government. Even the rate of AKP voters who said “no” to the presidential system exceeded 30%.

The AKP government has also caused a collapse in the field of health. The Turkish Statistical Institute could not even disclose the number of deaths from the coronavirus. Among the member countries of the OECD, Turkey is the country which allocates the smallest share to health expenditure of the gross domestic product with 4.7%.

THE PATH OF “NO” TO THE FUTURE

The 2017 constitutional amendment referendum not only brought Erdogan and the AKP to further devastation, but also gave rise to hope for the future. The people who said “No” in the referendum led to the formation of a broad democratic front. Due to lower-than-expected votes from AKP supporters, questions about the legitimacy of the new system persist. 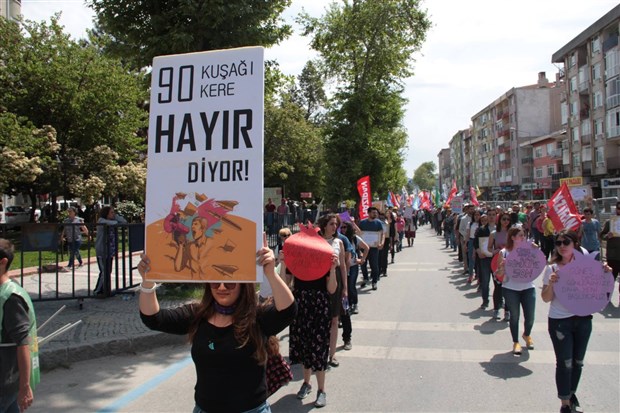 The struggle of the democracy front led by the left socialists against the Erdogan government is growing day by day. The 2017 synergy showed its first effect in the results of the 2019 local elections. Those who united against the government defeated the AKP in many cities, including Istanbul. The collapse of the votes of the AKP, which does not know how to manage the country, chronicles the crises and makes people’s lives more difficult with each passing day, cannot be avoided. There are indications that the opposition that started in 2017 could grow and overthrow the government in the next election. In almost all opinion polls, it is determined that the People’s Alliance and Erdoğan could suffer a major defeat.

As an independent newspaper, our goal is to contribute to the emergence of a true climate of democracy and freedom in the country by delivering the truth to the people. For this reason, we use the income we generate from subscriptions to implement better journalism and to allow our readers to encounter information on a more qualified and reliable basis. Because we don’t have a boss whose bank account we have to inflate; fortunately that is not the case.

From now on, we will continue our journey with the same sense of responsibility.

To join us on this journey and not miss a day

One day; strong with you, free with you!