President Recep Tayyip Erdoğan met with the families of women victims of violence during the iftar dinner at the Dolmabahçe labor office.

During the fast-breaking dinner, Erdogan listened to a woman who came to his table. Listening to the woman who could not control her tears, Erdoğan and his wife Emine Erdoğan were seen upset.

Speaking at the fast breaking programme, President Recep Tayyip Erdoğan said, “I commemorate all women victims of violence, especially our brothers and sisters whose loved ones are among us. To Şule, Nuray, Azra, Dilek, Sıla, Dilara, Başak” I wish God’s mercy to a, Sezen, Emine, Pınar, Müzeyyen, Özgecan, Hatice, Hafize and all our girls and women victims of violence. Of course, it is not possible to describe the pain of loss that you, as their loved ones, experienced. The fact that there has been great sensitivity towards the victims of violence and feminicides in our country is our only source of consolation. However, I would like to express with great sadness that, like almost everywhere in the world, cases of violence against women and feminicides in our country still continue. Basically, it is unacceptable for people to use violence against people, and especially to commit suicide. When it comes to women, this situation becomes much more serious, unjust and heartbreaking. is the name. In our civilization, the woman is the symbol of compassion, love and self-sacrifice. The addressee of our conviction is not a woman or a man, but the human being himself, beyond all differences of gender, race and language. Sanctions and obligations are linked to the individual. Although a person unaware of his past tries to pull different photos, women have always had a very important, decisive and respected place in the social life of our history. How can femicide be promoted in such a society? Like many other questions, this one has only one answer. It is also ignorance. Don’t think of illiteracy just as illiteracy, college education. Western countries that claim to be developed, civilized and modern are in the first place in violence and murder against women. We are therefore faced with a problem other than the level of education and well-being. What makes us who we are is the ignorance resulting from the misunderstanding of our values, our beliefs, our civilization. We fight against this ignorance which is the source of violence against women.” 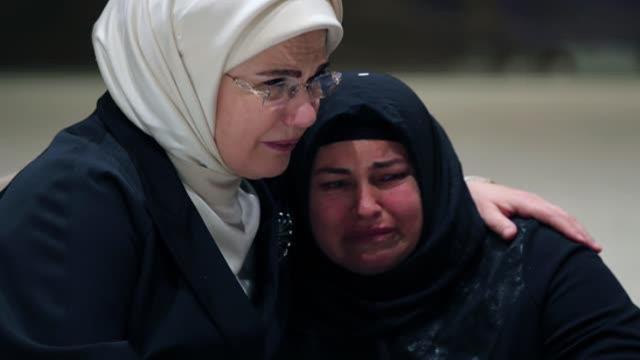 Continuing his speech by saying, “The most important steps have been taken in the struggle that begins with the family and extends to all levels of society and the state”, President Erdoğan said, “We are determined to save our country from the shame of violence against women and the murder of women, with legal, judicial, administrative and above all global steps that will encompass minds and hearts. We will continue our fight in this way, relentlessly, until we remove the causes with it. I see people as a burden, as a necessity of my responsibility to my late mother, wife and daughters, beyond being part of our management duty to take part in violence against women. “Now we say the same about violence against women and femicide. The days when mothers, fathers and siblings will not mourn for this reason are not far away. I hope many legal and administrative regulations have been adopted to prevent violence against women and femicide.We have brought in our country in 20 years.With the amendments made to our Constitution in 2004 and 2010, we have brought this fight on the solid legal ground. We have ensured that the legislator also takes ownership of the issue with the commission on equal opportunities for women and men, the creation of which we have encouraged within parliament. Each of our ministries implemented historical significance and reforms in their respective areas of responsibility.For example, the Turkish Penal Code, which entered into force in 2005, became a much more significant turning point for for increased sentences for the murders of women. Undoubtedly, the greatest revolution in this area is the law on the protection of the family and the prevention of violence against women, which we enacted in 2012. With this law, for the first time, concepts such as violence, domestic violence and violence against women were defined and women were protected in all areas of life. Especially with the spread of violence prevention and monitoring centers, mechanisms have been put in place to guide our women. 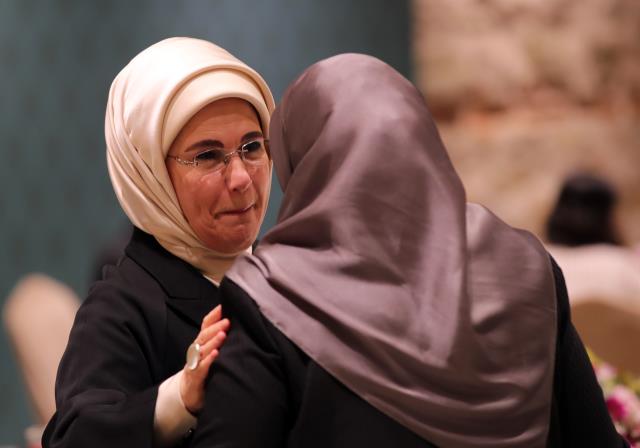 Continuing his speech by explaining the innovations regarding violence against women, President Erdoğan said: “The fact that 325,000 women and 190,000 children have been accommodated in women’s guesthouses in the last 10 years is both an indication of the magnitude of the problem and the We have made every effort to ensure that the objectives, strategies and activities included in the control action plan are strictly implemented. We see that there has been significant progress in all areas, from protection and prevention services to social services. The practice of violence against women, whose short name is KADES, is a worldwide appreciated application, which gives our women victims of violence the possibility to reach our safety with one click and to intervene quickly. This application has been translated into 5 different languages, It has been made so that women of national origin can benefit from this service. Over the past 4 years, the number of people who have downloaded this app has exceeded 3.5 million, and those who have reported over 360,000. Special prosecutors have been appointed to investigate effectively and bring cases to justice quickly. Courts of injunction have been determined in order to specialize in preventive and preventative injunction decisions. Last year, 280,000 injunctions were issued by our courts. It is observed that the number of arrest warrants for crimes against women has increased by up to 200%. In other words, a strong coordination was ensured by reducing the interlocutors to only one, from the forces of order to the court and the prosecutor’s office. A new step that we have taken in recent weeks, we are introducing new regulations on many topics, including discounts. We know that this problem cannot be solved by increasing interventions and sanctions. We do not forget that violence is the result and not the cause. “We will continue our struggle until we eliminate the causes of the violence,” he said. 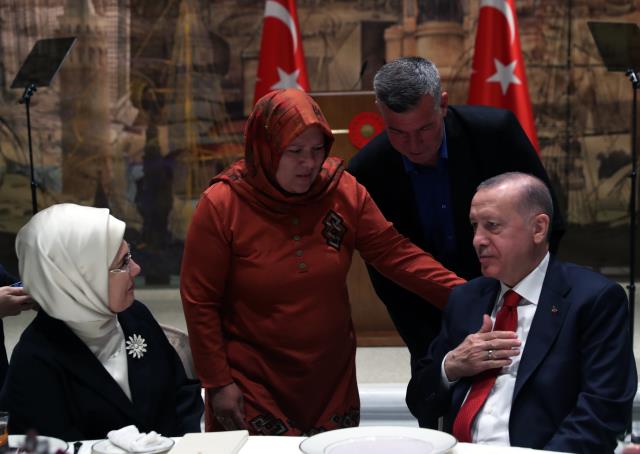