It has been 3.5 years since the passenger train, which made the Uzunköprü-Halkalı expedition to Çorlu on July 8, 2018, overturned in Sarılar village between Muratlı and Çorlu districts of Tekirdağ, and 25 people have lost their lives.

Mısra Öz, the mother of Oğuz Arda Sel, who died in this train accident at the age of 9, spoke about the course of the case. to the Republic makes statements. Self, “As the indictment was not ready at our 9th hearing, there could not be a trial going on. We have the case going, and we have a case in which 4 junior officials are presented to us as warned for 3 years. mentioned.

The 9th hearing of the Çorlu train disaster case was also postponed as the indictment was not ready.

Mısra Öz, for the case adjourned to May 25 “The case is closed here. The real culprits are not the 4 lowest junior officers.” . We are waiting for him to prepare the indictment. mentioned.

The 8th and 9th hearings were postponed because the indictment was not ready. Based on the case, the families filed a criminal complaint. Galip Ozkursun receipt.

“We have become the gateway to commerce” Öz continued his remarks as follows:

“Galip Özkurşun, who is reviewing the case, sued for compensation for each of us during our struggle, when we did not write correctly in the case for 3 years. He won the cases and was dismissed with profit We have filed a criminal complaint against him at this time, but I don’t know the outcome of that criminal complaint. Prosecutor Galip And I won’t let go.”

Expressing that there were no developments in the last hearing, Öz said: “The real leaders go on with their lives” mentioned. Self, “These rails are not only on this train line, as well as on the Kapıkule-Halkalı line. In the statement made by Turgut Kurt, who is on trial as an accused. “These rails are not only on this line, there are more than 700 faulty and neglected culverts in Turkey” he made a statement. It’s in the court records.” he said. 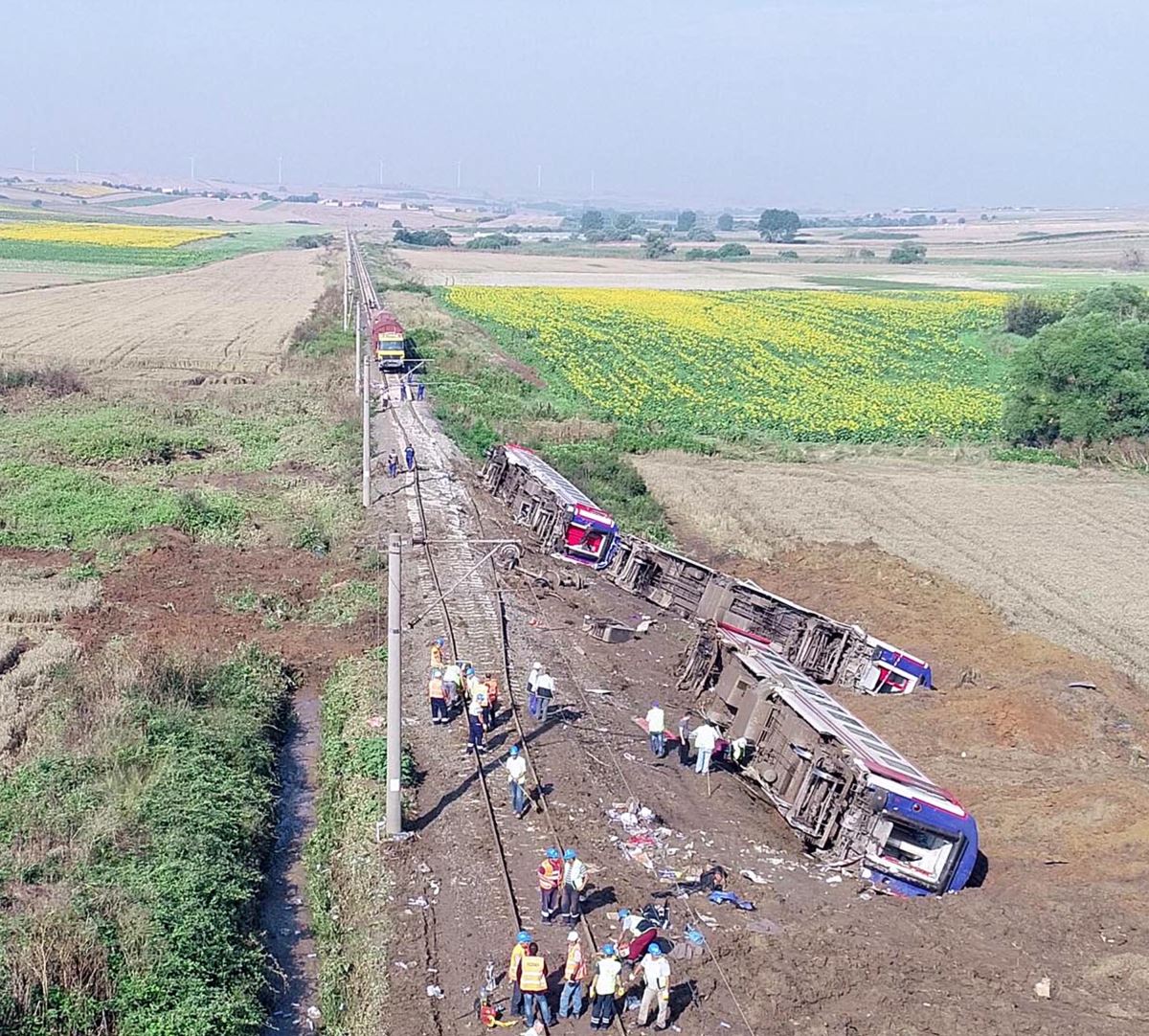 “TCDD is like a minefield. It kills people. We are not happy with 4 junior officers in an event where 25 people, including 7 children, died.” Öz said, explaining the names of those responsible. Ahmet Arslan, the then Minister of Transport, İsa Apaydın, the then Director General, Ali İhsan Uygun, the Deputy Director General, and Mümin Karasu, the 1st Deputy Regional Director of Services. He said they were responsible for the accident.

After the train accident in Pamukova, in which 41 people lost their lives, Öz said that then Transport Minister Binali Yıldırım “I’m very comfortable. I don’t drive this wheel, bro…” recalled his speech and “This policy of impunity will cause many massacres as they continue their lives in such an insensitive and incoherent way” mentioned.

“IN HOUSES OF JUSTICE…”

Press statements made by the Çorlu families to the “Justice Watch” before the Constitutional Court (AYM) on June 12, 2019 were blocked by the police.

About the families and their lawyers “prevent those assigned to the meeting and demonstration march from doing their duty” The fifth hearing of the trial filed with the prosecution has started at the 50th Criminal First Instance Court in Ankara. Öz, about the case in which he was prosecuted “The prosecutor postponed his statement to February 11 to write his opinion. There is no crime, no criminal, no one is complaining” mentioned.

“I find it difficult to understand the legal system in Turkey and I am very embarrassed” Oz continued:

“When we were tried in Ankara, the police officers who complained about us stood in front of us. They said in court, ‘We didn’t know who we were prosecuting. Our superiors told us, ‘You are going to sign this document .’ If we knew these grieving families were being prosecuted, we wouldn’t have signed that document. They said, ‘Complain, we’re taking it back,’ and that case was adjourned to today. Today, in accordance at the writing of the prosecutor, it was postponed to February 11. In order to appear as someone doing business inside the courthouses, we were imprisoned in their own captivity.