The farmers, who put the onions in Ankara’s warehouses because they couldn’t sell the onions they couldn’t afford to buy, couldn’t stop their produce from rotting. Growers, who were worried about brokers in the form of fruit and vegetables, reacted to the fact that the product in their hands was selling for 10 times more and demanded that the Hal law come into force as soon as possible.

Farmers, who could not afford the cost of onions they harvested months ago in the capital, are putting the produce in warehouses. The onions, which should have taken their place on the tables, began to rot in the warehouses as the weather warmed. theirs “accumulator” Producers, who were concerned that it was a liquor store, cite fruit and vegetable vendors as the main source of the problem. The farmers, who oppose the sale of the onion they produce for 5 lira even if they lose 50 cents per kilo, said they are the owners of the profit, even though all the costs belong to them. Onion farmer Mehmet Kubat from Ankara, who is worried about the brokers, said that not only their own lives are hurt, but also the consumers who buy the products at exorbitant prices until they return to the market after getting out of the situation. Claiming that the only solution would be the introduction of the Hal law, which is still under discussion in parliament, Kubat asked for help from the authorities and demanded that the problems be solved.

“SELLERS ALWAYS CHARGE ME THE FEES”

Farmer Mehmet Kubat, who argues market vendors have set up illegal businesses to keep their profits high, said: “We said, let’s take the produce out of the field and don’t stay here. Labor costs were also high and there was a labor shortage. Our costs have also increased. We offered it for sale on the land, but there was no land. The cost of this product is between 70 cents and 1 lira and 20 cents per kilo. They gave 50 cents for the product which we cost 120 cents. Here, they take 50 cents from us. On the other hand, they give 1 lira for 20 cents and 2 lira. It is claimed that the farmer’s property is sold. 50 cents received by the farmer. Here, the oppressed producer becomes the consumer. I cover his manure, diesel, electricity, labor costs, I run after him day and night. I can’t get the cost. We want farmers’ grievances to be heard. Why should we store? Don’t let the product stay in the field, let it go to human cultivation. No one receives the product. I had a thousand tons of onions. Since I couldn’t find workers, 200 tons remained on the ground. The remaining 800 tons rotted in the warehouse. I have a loss of about 1 million lira. My claim is state law. We want them to listen to our concerns. As-is sellers always charge me for the removal of the product and the costs of the situation. They have also created societies to escape the state, and they all have their own men. As the product changes hands, they increase the profit. The constructor gets nothing. The consumer pays 10 times more” used the sentences. 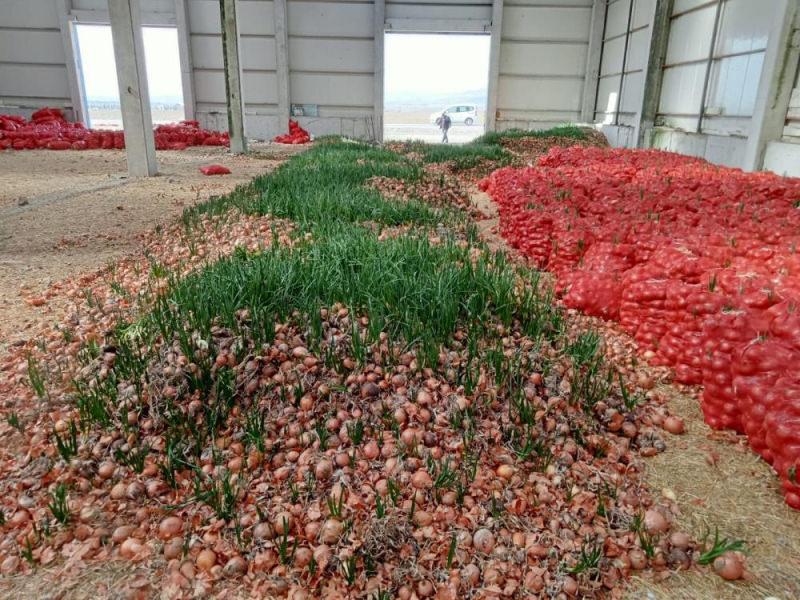 Another farmer, Suat Eroğlu, said the situation came to this because of buyers offering below cost prices and said:

“The reason why the onions rot here is that when the product starts to be harvested in the field, the farmer cannot sell his product because the product does not make money because of the costs and because the traders buy low-priced goods. If the farmer has no debts, he must take the product to the warehouses and keep it waiting. Because the trader who buys the commodity gives a price below cost. Our state must follow this situation from the moment of harvest until the product enters the market. Our friend here was wronged recently. This man could not sell his harvest because he had made a loss. This man is not a merchant, he is a farmer. Farmers are in a difficult situation because of the costs. He was making a loss because he couldn’t sell it at the price he wanted and had to wait because he couldn’t make a profit. The product has also rotted due to global warming here. The man also does more harm than good. I see passers-by. They stop here and take away 10-15 bags of onions. There is also such a loss. People don’t want to cultivate anymore. Their fields are empty. Because of the costs. The state must provide great support to the farmer in this regard. 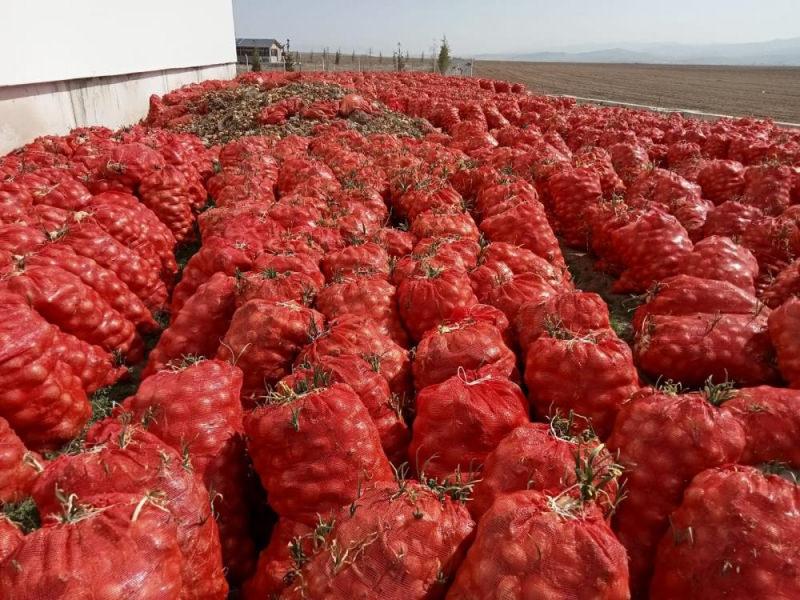