The port of Mersin has turned into a major cocaine stop before the eyes of the country. It’s a mystery how much goes by catching tons of cocaine. Controlled delivery is not implemented and investigations are closed in this impasse 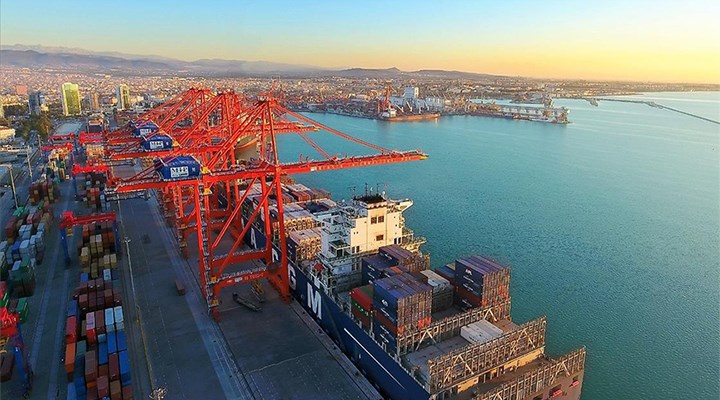 For two years, neither cocaine nor Mersin Port have been on the agenda.

Despite record cocaine seizures in Turkey’s history, smuggling does not stop on the same route with the same method.

Containers full of bananas, which were due to arrive from Malta at the port of Mersin on April 8, were searched and 800 kilos of cocaine were seized.

On April 16, 2022, 258 kilos of cocaine were seized from containers filled with bananas arriving at the port of Mersin, and 3 people were arrested. According to the first information; the cocaine left the port of Bolivar in Ecuador, a country in South America, operated by the Turkish company Yılport Holding.

As with many cocaine shipments to Turkey before, the giant ship stopped in Italy. Allegedly; its mooring port, Taranto. Yilport Holding also operates this port.

(For many cocaine shipments, the ships came from ports operated by Yılport. Yılport had stated that it operated 22 ports around the world and they had taken all security measures.)

The Ecuadorian fruit and vegetable company Extra Golden Fruits appears to be the sender of the cocaine hidden in packages of bananas. The buyer is the Singapore subsidiary of this company working for the Middle East market. Reporter, recently, cartels used this method to conceal local partner companies in shipments to Mersin port. Murat Agirel wrote. In this latest incident, according to the claim; The Syrian AK, the director of the company, was arrested. AK, who is also a citizen of the Republic of Turkey, is the brother of the Syrian ABK, who is the owner of the company, who was previously on the agenda of cocaine trafficking in the port of Mersin and who now lives in the USA. In addition, two people who worked as customs consultants for the company are also in custody.

You don’t have to be an astrologer to predict what will happen next. It happened again and again. business leaders, “We ordered bananas, but they put cocaine in them” they will say. The investigation will not be extended, a few pages of indictment will come out. In less than a year, the eviction orders will come.

How do we know…

Again, we saw the starkest example of this in the cocaine program last week.

4 EVACUATIONS IN A RECORD COCAINE CASE

On June 16, 2021, the hearing of the case regarding the seizure of 1.3 tons of cocaine, which is a clear Turkish record, was held at the port of Mersin. The buyer of the container full of bananas is the owner of the company Öz Şimşekler. Nimet Simsek, his two sons and three employees were in pretrial detention. As always, the accused “We ordered bananas, while on the boat, cocaine was found in the containers sent to us by the shipping company. We did not know” was defending. In the few-page indictment, there was no indication of money smuggling or the cocaine’s journey past the port of Mersin. The defendants also said that no one had ordered these containers from them.

4 out of 6 defendants were released. Nimet Simsek and her youngest son, who was later arrested due to another shipment, remained in custody.

However, this event; It was an important opportunity to deal a blow to those who have made Turkey an almost South American country for cocaine shipments.

WHY IS THE CONTROLLED DELIVERY NOT MADE?

1.3 tonnes of cocaine had been detected as a result of the report and ‘controlled delivery’ could be used. ‘Regulations on the principles and procedures for the application of controlled deliveries’ reveals how to do it. After receiving the notice, the drugs are tracked by the decision of the Ankara General Prosecutor’s Office and tracked to the final delivery point. Thus, the entire organization can be deciphered, and the carriers, public officials assigning, recipients of deliveries and barons can be identified and caught red-handed. For some reason, although the port of Mersin has become a cocaine base, controlled delivery has not been implemented for years. Mersin’s investigations remain deadlocked. The route taken by the cocaine after the port and the addresses where it goes are still in the dark.

In this way, the new cocaine route around the world continues to work. Much more than caught is on the way.

So what happens when “controlled delivery” is performed, although rare? Is the result guaranteed?

We had an example of that last week with a big cocaine scandal.

(I want to remind you that we are still talking about the cocaine diary of the last 7 days.)

THE MOST MYSTERIOUS OPERATION

We have learned that a very important operation was carried out 4 months before the news in the Sabah newspaper of April 13, 2022. At Leipzig airport, the German customs office suspected two shipments of 111 kilograms sent from Colombia to Istanbul . On November 20, 2021, they detected black cocaine in the iron powder of the packages tested. They contacted Turkey and a controlled delivery was decided.

However, by decision of the prosecutor’s office, the cocaine was replaced with sand of the same color and quantity. Normally in a controlled delivery the criminal ‘goods’ element is not changed and it is done in flagrante delicto. On December 15, 2021, the gendarmes, disguised as couriers, delivered the packages to Maslak Square, Istanbul, and carried out the operation. 6 people were detained and 3 were arrested. The change in ownership will create a legal dispute, but the suspects have been captured by the operation.

Well, why was this operation kept secret for 4 months until Sabah newspaper reported on it?

Only three days after this news, facing Turkey that a crucial operation could hide for months, the Minister of the Interior Suleyman SoyluAnnouncing on his Twitter account that 258 kilos of cocaine had been seized in Mersin, he wrote:

“Congratulations to our Gendarmerie and all operational units…”

Suleyman SoyluWhy didn’t he announce that he got caught with black cocaine 4 months ago in Istanbul, why didn’t he congratulate the gendarme. In fact, neither the General Directorate of Customs, nor the Istanbul Provincial Gendarmerie Command, nor the prosecutor’s office that conducted the investigation have made any statement about this operation. Normally, these operations are announced by placing the “merchandise” on the table and the board of the unit that catches it behind it. Success is explained in detail. Even x-ray images of the medicine capsules inside are served if the courier is caught. But this time, even the information had not filtered. Did orders come from above to cover up this operation?

Answer; Former President of the Association of Turkish-American Businessmen and owner of L’actone Holding, arrested for 111 kilos of cocaine Ali Osman AkatIt was hidden in the photo album of . President Erdogan, Suleyman Soylu, Binali YildirimThere were photographs of the AKP administration, including .

Moreover, from the newspaper Sözcü Serpil Yilmazwhile the operation is masked Ali Osman AkatIt was revealed that. 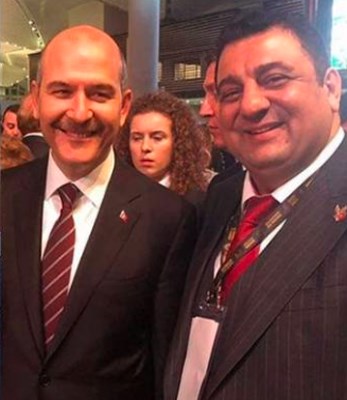 I wonder Ali Osman Akat Who got involved? Why was he released twice and arrested after the third detention? What did the German authorities, whose information was shared during the operation according to the agreement, think when they saw that the incident had not been reported in the Turkish media for 4 months? If there hadn’t been a coordinated operation with Germany, we probably wouldn’t have heard of this incident. Or there would be no controlled delivery at all.

Perhaps this mysterious event reveals why the “controlled delivery” method is never used unless it is needed in Turkey.

Can you repeat that please…