According to the latest news, the coronavirus alarm has peaked in Eskişehir. Although the rate of people having received at least two doses of the vaccine in Eskişehir has reached 85%, the queues for tests in hospitals have lengthened after the increase in coronavirus cases. The number of people treated at home due to Covid-19 has increased from 8 thousand 678 to 14 thousand 485 people in the last week. While the governor’s office issued a mask, distance and hygiene warning for mass events, the metropolitan municipality announced that the organizations of exhibitions, theater and concerts which were to be held in January were canceled .

In the coronavirus risk map announced by the Ministry of Health, Eskişehir, which has a population of 900,000 in the past month, was among the provinces with the highest case rate 3 times. In the latest data announced by Health Minister Fahrettin Koca on social media, Eskişehir’s case rate fell from 335.72 per 100,000 people to 358.79 with an increase of 23.07. The rate of people aged 18 and over who received at least two doses of vaccine was 85% in Eskişehir. Due to both the increase in the number of cases and those who wish to get tested, long queues have formed, especially at the Eskişehir City Hospital, the Emre State and Osmangazi University Medical School Hospital.

Sinem Gençsoy, who was waiting in line at Osmangazi University Medical School Hospital, said: “All my joints are hurting, I have a headache. I came to be tested. Iranian university student Amir Ali also said he came to the hospital after his wife tested positive and said: “Yesterday my wife came, unfortunately she waited upstairs for 40 minutes. My wife was positive, 5 days have passed, thank goodness. “I have nothing. I had the third vaccine. I have no symptoms, but I came as a precaution,” he said.

According to ministry data, while the number of people who received coronavirus treatment at home on December 27 was 8 thousand 678, the number reached 14 thousand 485 people within a week. While the number of positive cases per day in the city exceeds 1,200, the treatment of a total of 367 people, including 93 in intensive care and including 32 intubated, continues in 3 hospitals which provide treatment for the coronavirus. Since the outbreak occurred in March last year, 1,782 people have died from the coronavirus, 27 of them in the past week. 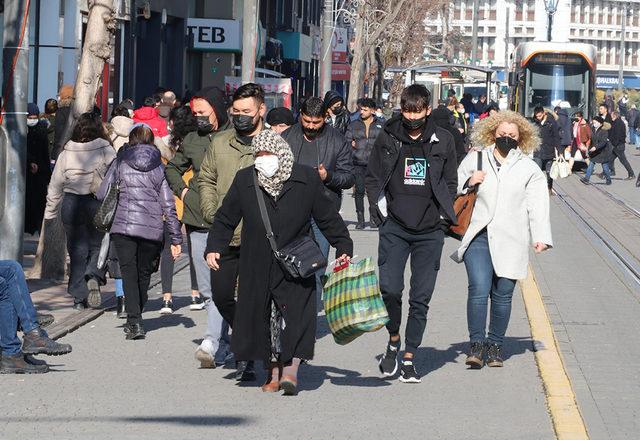 The governor’s office of Eskişehir, the provincial public health board, announced that new measures had been taken due to the increase in the number of cases. In the statement issued by the governor’s office, “As a result of the assessment made due to the increase in the number of cases; public and private institutions/organizations, educational institutions, restaurants, cafes, hotels, theatres, cinemas, concert halls, shopping malls and similar venues and in areas where all mass events take place, Covid-19 In order to reduce the spread of the pandemic virus, necessary measures should be taken taken by the authorities of the institutional establishment in order to respect the wearing of a mask, the rules of distancing and hygiene, and the citizens must show maximum sensitivity. It was decided that it would be carried out entirely by teams,” the statement read.

EXPLANATION OF THE MUNICIPALITY

The Eskişehir Metropolitan Municipality announced that the exhibition, theater and concert events that were scheduled to take place in January have been canceled due to the increase in the number of cases. In the municipality’s announcement, “Given the increasing number of cases in our city, the January events and vernissages of our Symphony Orchestra and City Theaters have been canceled. We ask that you sensitively respect the rules of mask, distance and hygiene to protect you from the epidemic.”

“THERE IS NO MORE CORONA, THE CITY IS IN FALL”

As the rise in coronavirus cases in Eskişehir has raised concerns, those who have been infected with the virus or treated at home in contact shared their feelings on social media. While one netizen expressed the increase in cases with the words “There is no corona in Eskişehir, the city has officially fallen”, another user wrote: “There is so much corona in Eskişehir that I am in contact with 3 people separately”. 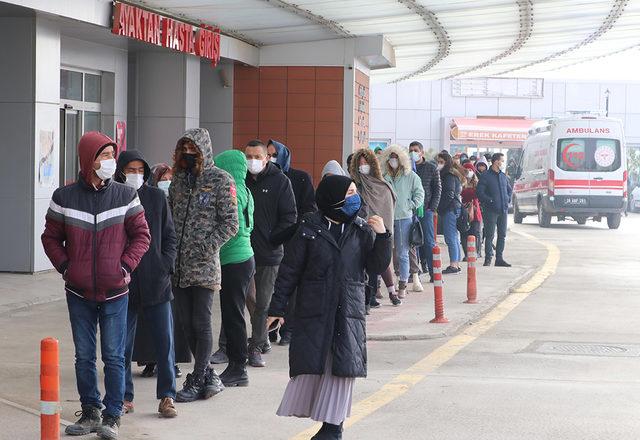 On the Hayat Eve Sığar (HEPP) risk map, almost all of Eskişehir has been marked as a “very high risk area”. The heat map, which was previously defined as red, blue and green by the ministry, has been removed from the program.

They got caught! Joint operation in 4 provinces: 29 people were arrested

Striking statement from the Nobel Prize-winning scientist: The fasting of Muslims…