He went to Konya residence at the invitation of his ex-girlfriend Murat Demirci (41 years old) and his fiancée Sara Demir (24 years old) and his friend Tuğba Demirci (22 years old) went to MK (27 years) for 36 minutes, to Demet A. (21 years old) who was forcibly taken away. It turned out that he tortured her for about 2 hours. “Women also came after me and cut my hair, which was shoulder length, with a razor. They tore my dress with scissors. They said, ‘We are going to kill you, we won’t leave you. live. This is just the beginning, we’ll cut you off,” MK said.

The incident happened on April 8 in a studio apartment in Kosova district, Selçuklu district. The woman named MK went to the address sent to her at the invitation of her ex-lover Murat Demirci. MK met Murat Demirci’s fiancée Sara Demir and his friend Tuğba Demirci in the studio. The two women allegedly interrogated MK about his relationship with Murat Demirci, cut his hair with a razor and his clothes with scissors, beat him and put out a cigarette in his face. MK, who got rid of the house after the torture, surrendered to the police and filed a complaint. Detained, Murat Demirci, his fiancée Sara Demir and his friend Tuğba Demirci were arrested by the judge of the courthouse where they were transferred.

It was revealed that Sara Demir and her friend Tuğba Demirci tortured Demet A., who had previously flirted with Murat Demirci and worked in the cafe they owned, for the same reasons. It was determined that Sara Demir and Tuğba Demirci tortured Demet A. for 2 hours during the torture night in the residence. It was discovered that MK had been tortured for 36 minutes.

THE CLAIM IS PREPARED

As part of the investigation carried out by the Konya General Prosecutor’s Office, an indictment was drawn up within 4 days concerning the torture suffered by Mr. K. In the indictment, Murat Demirci, his fiancée Sara Demir and Tuğba Demirci were sentenced to up to 36 years in prison for “armed threats, looting, insults, violence, damage to property and deprivation of liberty” by more than one person. . The indictment was forwarded to the Konya 3rd High Criminal Court.

“THEY CUT MY HAIR WITH A SHAVE”

In his statement, MK said they cut their hair with a razor and said:
“I met Murat 3 months ago. We had a love affair. On the day of the event, he first invited me to the cafe. It wasn’t there when I went. Then he sent me the location of a residence via WhatsApp. He met me at the apartment door and took me by the arm and pulled me inside. Then I saw that there were two other women inside. Murat turned to these women and said, “Here is the MK. Do what you want, he said, grabbing my arm and pushing me inside. These women asked me, “Where does your comfort come from? Who do you trust? they said. They started insulting me without even letting me speak. “Murat is our dog. Everything that belongs to Murat is ours. They threatened us saying, “We won’t let you live in Konya. As I was trying to run away from there, Murat stopped me by holding my hands. The women came after me and cut my shoulder length long hair with a razor. They tore my dress with scissors. Pointing to the knife, rope, scissors and truncheon on the table, he said, “We’ll kill you, we won’t keep you alive. They said, ‘This is just the beginning, we’re going to cut you off. Sara put out a cigarette on my right cheek. They gave me my phone and my purse and let me go.” 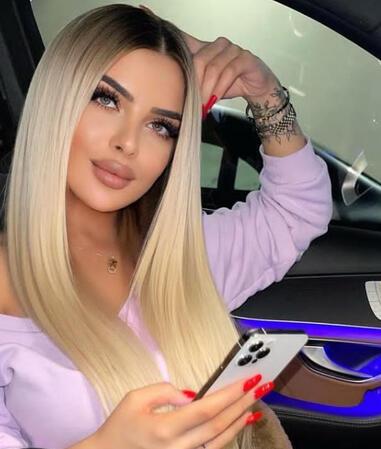 “THEY TURNED INTO A JEALOUSY FIT AND TORTURED THEM”

MK’s lawyer, Buğrahan Yıldırım, said his client received psychological support due to the incident. Yıldırım said: “My client is in a very bad mood at the moment. The accused, who allegedly had a love affair with my client before, invites MK to a residence. When MK accepts this invitation and goes there, a man named Murat welcomes my client. When MK enters, he sees that there are 2 other women inside. These people torture my client for hours, claiming that they are in a fit of jealousy. They have cut off the my client’s hair, put cigarettes on his face, ripped his clothes, confiscated his mobile phone. They are repeatedly insulted. My client is able to get out of the hands of these people, finally saving his life with difficulty. They threaten him , they declare that they are very rich, that nobody can do anything to them, and that if he complains, he will suffer the consequences.

Stating that if the defendants are released, electronic handcuffs will be put on, Buğrahan Yıldırım said, “MK was read because of the horror he experienced when he came to my office. He had no hair and was mentally ill. We immediately went to the police station and filed a complaint. We learned that they had tortured another woman at the police station and it was done in a planned way. These people are currently in custody. If they are released, electronic handcuffs will be attached to these 3 defendants. With the device to be given to my client, they will determine how far they can approach it or not, and if they do, they will face the legal consequences. 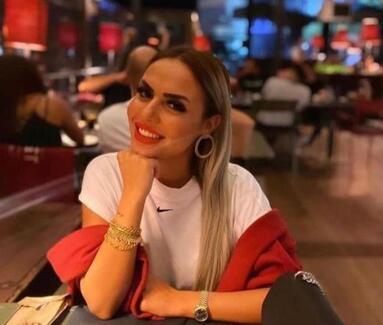 Lawyer Buğrahan Yıldırım continued his remarks as follows:
“My client has not overcome the anxiety of the incident. She suspects that she is constantly being followed. He is not at all comfortable. Were there really 2 women tortured that day, or were there other women? There may also be people who are afraid to complain. We will see this more clearly in the following sections of the investigation. We believe that this is an attack planned, scheduled torture, queued list.We see 3 murderers who think they can take turns calling women, torture them comfortably in the same circle, and think they can to get away with nothing because of their social status and their function. We trust Turkish justice. “We are doing everything we can to ensure that they receive the maximum sentence”, he said. declared.