As preparations for Trabzonspor match at Adana Demirspor continue; Yunus Akgün, who played in the dark blue-blue team on loan from Galatasaray, made statements to the press.

Yunus Akgün said his only goal is to take Adana Demirspor to Europe and they want them to forget the defeat they suffered last week, and stressed that he will return to Galatasaray at the end of the season .

Akgün said: “We upset our fans and our president in the last game. In fact, we were well prepared for the game. However, we couldn’t reflect that on the pitch. Kasımpaşa have been a strong team in recent weeks. Our teacher said, “If you don’t concentrate, it can cause us problems,” and that’s what happened. We have a game against Trabzonspor this week. We want to win this game and make us forget the game last week. The team usually has only one goal. And that’s to win 5 games and go to Europe. Trabzonspor are currently waiting for the championship. We are waiting for this match, we are preparing. Because even though we played well in Trabzon in the first match, we got a score that we didn’t deserve. “I will do everything to win this game,” he said.

“When I come back to Galatasaray…”

Stating that he will go to Galatasaray at the end of the season, Akgün said: “My contract to return to Galatasaray runs until 2024. But right now I don’t think much about him. Because our only goal right now is to take Adana Demirspor to Europe. When the season is over, we will sit down and talk. Each team’s system of play is different. With this system of play, I fit Adana Demirspor perfectly. When I I’ll go to Galatasaray, we’ll see how the coach plays and how I fit in. We’ll be on the pitch to win the game for Trabzonspor with the support of our fans.

Expressing he is happy with the overall progress of the team, Montella said: “First of all we have to put the last game aside. When we look at that, we have a last game where we performed very badly. In fact, it was a match that we lost with a few players. If someone had told you at the beginning of September that we will come here, that we will pursue different objectives with 5 games to play before the end of the league, even the most positive person would not believe it. We have come this far for good reason. We will take our last chance to get what we deserve. We will try to go all the way,” he said.

Stating that Trabzonspor’s game will be difficult but his expectations are high, Montella said later:

“We have a game against Trabzonspor ahead of us. A game with high expectations, both for us and for them. They showed everyone that they are the best team in the league. They are first. However, “This game comes at the right time for us. You come out of a loss and you want to get back up. Motivation comes naturally in games like this. We want to come back from a loss and move on. We’ll do everything we can.”

Joher Khadim Rassoul: “I believe that fasting is a driving force”

The team’s Senegalese defender Joher Khadim Rassoul said they are focused on the Trabzonspor match.

Noting that he was fasting and was motivated during the fast, Rassoul said: “It will be a very important game for us. Because our goal is to go to Europe. We want to do our best and win. I believe that fasting is a motivating force for me. I believe that God gives strength. “I have no problem with fasting,” he said. 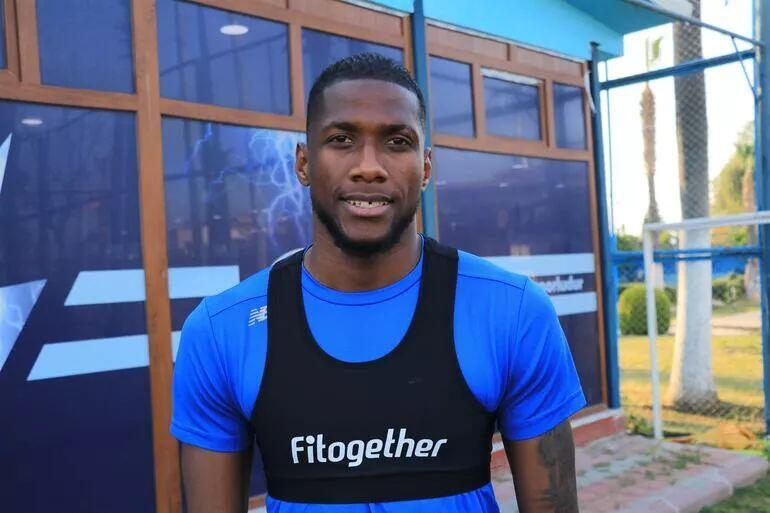