In the first sprint weekend of the 2022 season, eyes were once again on the Red Bull – Ferrari fight. Max Verstappen took the first pole position this year in qualifying, where the rain came and went and there were plenty of red flags.

The sprint qualifying race will take place tomorrow at 5:30 p.m.

Besides the Red Bull, Ferrari and McLaren drivers, Fernando Alonso, Kevin Magnussen, Sebastian Vettel and Valtteri Bottas remained in the final round of qualifying.

In the final part, the riders started the time lap with the green logo on the transition tires. A few seconds after the start of the session, it was stopped by a red flag due to a spin from Kevin Magnussen. The Danish driver was able to continue without hitting the barriers and returned his vehicle to the garage.

Therefore, the session resumed after a short break.

After the first attempts, Charles Leclerc was the leader with 1:28.779, and Max Verstappen was second behind 0.020 seconds.

Max Verstappen set 1:7,999 with around 3.5 minutes to go and took the lead from Leclerc. Meanwhile, Valtteri Bottas was on the road in his Alfa Romeo. That’s why there was a red flag with 3 minutes left.

Although the session started again, this time Lando Norris made a mistake and flew off the track, causing yet another red flag.

The session did not continue in the remaining section and Verstappen took his first pole position this year.

Leclerc, who couldn’t put in a clean lap in the final section and lost 1.2 seconds in the first sector of his fastest lap, came second, while McLaren driver Norris took third despite his mistake.

At Haas, Kevin Magnussen had a solid qualifying and a fourth place. He was followed by Fernando Alonso of Alpine and Daniel Ricciardo of McLaren.

Sergio Perez finished seventh after an error on his fastest lap, while Valtteri Bottas was eighth after a problem.

Rounding out the top ten were Sebastian Vettel and Sainz, who were unable to make it to the track last episode.

The result of the third part: 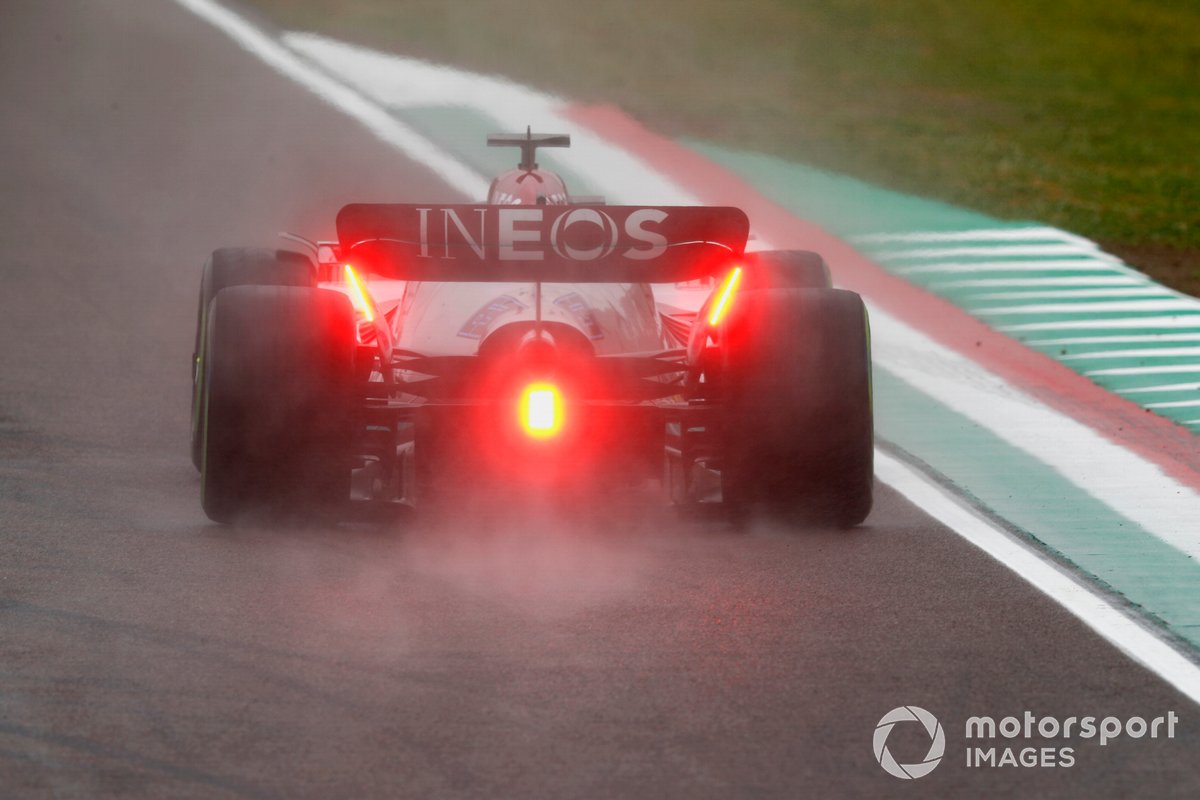 The second part of the qualifying laps was even more exciting due to the tight middle group and the riders battled hard to stay in the final split.

After the first laps, Max Verstappen took the lead and Ferrari waited for the rain to fall on the track. That’s why he asked his pilots to force him.

However, Carlos Sainz lost control of his car with around 11 minutes remaining and spun into the barriers. There was a lot of damage on the car and Sainz said goodbye to the session.

While Sainz’s car was being lifted the expected rain came and the track turned out to be quite wet. For this reason, the grades did not change for the rest of the session.

As a result, Max Verstappen was fastest with a lap of 1:18.793, while Carlos Sainz was second behind 0.197 seconds and Lando Norris was third with 0.501 seconds.

Looking at those who were eliminated, Mercedes couldn’t stay in the last section with two vehicles after a long time. George Russell finished 11th behind 1.9 seconds, while Lewis Hamilton set a 13th fastest time. Among those two was Mick Schumacher.

Sebastian Vettel took Aston Martin to the Final Division for the first time this year after finishing eighth.

Results of the second part 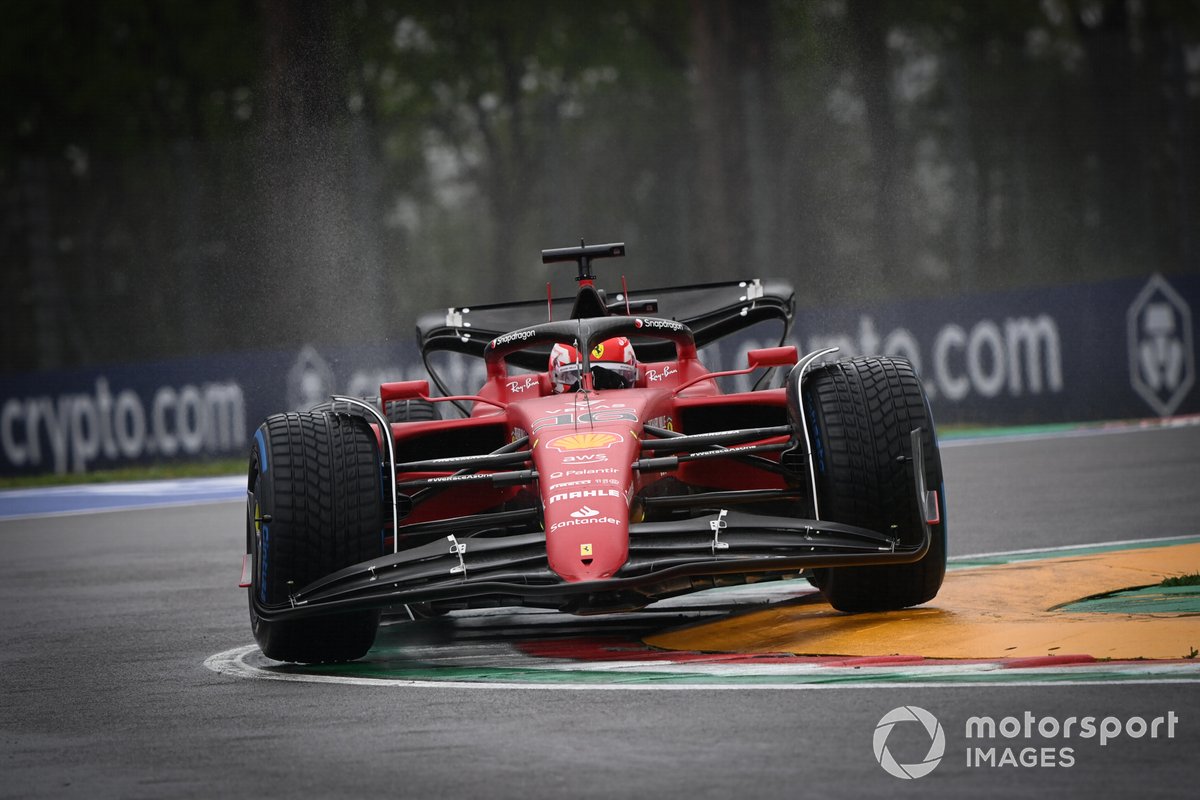 In the first part of the qualifying laps, some riders took to the track with transition tires and others with dry tires. But soon everyone switched to dry tires because there was a dry line on the track.

Shortly after the start of the session, Williams driver Alex Albon’s right rear brake caught fire, causing his rear tire to burst. It brought to mind the Nicholas Latifi incident during the Bahrain tests.

Although Albon managed to stop, parts were scattered on the track and the session was stopped by a red flag. When the session resumed, the drivers started again with their dry tires.

Looking at the calendar, Ferrari’s Charles Leclerc was the fastest with a time of 1:18.796.

Max Verstappen was second with 0.499 seconds, Carlos Sainz was third with 0.509 seconds and Zhou Guanyu was surprisingly fourth.

The fight in the elimination pot was quite exciting. Mercedes drivers George Russell and Lewis Hamilton have twice been knockouts.

Lewis Hamilton finished 15th and managed to stay in the second division by a margin of 0.004 seconds.

Yuki Tsunoda finished 16th after beating Pierre Gasly for the first time this year, just 0.004 seconds behind Hamilton and missing out on the second division.

Gasly was 17th in the session, which didn’t go well for him, while Nicholas Latifi was 18th and Esteban Ocon, who was off track due to his box problem in the last episode, became 19th.

Alex Albon, meanwhile, took 20th place because there was no lap time. 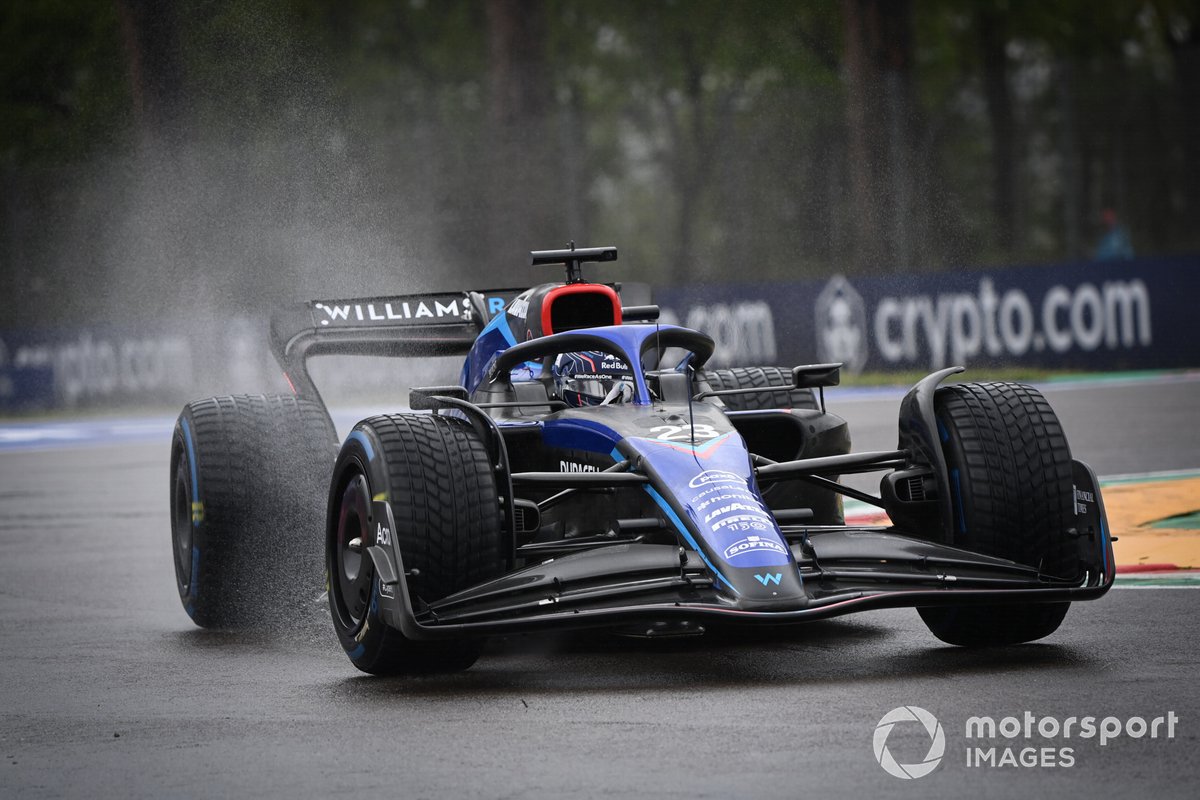