President Erdoğan met with medical professionals during the iftar program held at the presidential complex.

Greeting the participants and congratulating the Ramadan-ı Sharifs, Erdoğan expressed his gratitude to the members of the Health Army, whose number reached 1 million 300 thousand.

President Erdoğan said: “We had brothers and sisters who couldn’t go home for weeks, couldn’t see their children’s faces and only longed for their loved ones on the phone screen. Yet another times, during this epidemic period, we have lost many scientists, including our respected professors such as Murat Dilmener, Cemil Taşçıoğlu and Feriha Öz, and the values ​​of our country. I wish God’s mercy to all our brothers and sisters that we sent to misery, especially those who died in the line of duty,” he said.

Emphasizing that they have reaped the fruits of investments in health, Erdoğan said, “We have had the opportunity to reap the fruits of our investments in health over the past two years. Our 19 municipal hospitals with a total of 25,298 beds, which we have opened in different cities of our country, have played a very important role in this critical time when human life is at stake. These modern facilities, which the opposition is working day and night to prevent, have turned into institutions that are considered an example in the world in the fight against epidemic-type mass diseases.” mentioned.

Stating that they have innovated in this field with 2 emergency hospitals of 1008 beds each, which they have completed in record time and put into operation, President Erdoğan said: “We have achieved great success in completing the construction and commissioning of the health facility with 16 thousand 159 beds only during the epidemic period. All of our health projects, which have been criticized for saying “What is the need”, have saved the lives of 10,000 of our fellow citizens in the process. 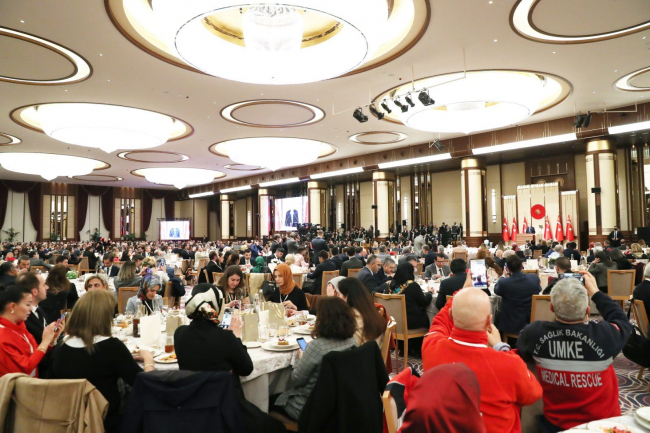 Recalling that Turkey was one of the few countries to reach the vaccine during the epidemic period, Erdoğan said: “We have not only been content with the supply of vaccines, but we have also strengthened our position in the world by rapidly developing our own national system. Our national vaccine, TURKOVAC, is today a source of cure for millions of people in different corners of the world as well as for our own citizens.” “We are conducting quality studies in this field with the Turkish Vaccine Institute and the clinical research Center that we have created, that is to say with our new sanitation. We are determined to crown with victory the fight that we have been successfully waging for two years against the epidemic that is shaking the whole world,” he said.


“We will share the decisions taken with our nation”

Stating that the power of the health system, the effectiveness of the measures they have taken and the positive effect of the widespread vaccination campaign, there has been a serious decrease in the number of cases, hospitalizations and deaths, Erdoğan continued as follows:

“Scientists say it would be more appropriate to define the current situation as an endemic rather than a pandemic. Hopefully we will make a full assessment of the situation based on these facts in the coming days, and we will share decisions. taken in with the recommendations of our Scientific Committee with our nation. With the easing of epidemic conditions, from surgery to examination and analysis, from imaging to standard “We are seeing that the services in our hospitals , down to polyclinic services, resume As the epidemic moves out of our country’s agenda, complaints from our citizens about health services will decrease over time.

President Erdoğan: Scientists say it would be more appropriate to define the current situation as an endemic rather than a pandemic.https://t.co/NmdRarCJwk pic.twitter.com/5OInhSI0SD

President Erdoğan said that they will continue to do everything to ensure that people access health services without any problems and without interruptions, and continued his remarks as follows:

“Of course, modern hospitals and devices with the latest technologies are important and indispensable in the delivery of health services, but the essential element of health, as in all areas directly related to people and human life, is the health personnel. Those who will make our fellow citizens feel the investments made by our state in health, the incentives and support they provide are doctors, nurses, “The carer, the laboratory worker, the technician, the personnel cleaners and all of our healthcare workers are our healthcare professionals. For this reason, we attach great importance to the ability of our caregivers to fulfill their mission calmly and without worries. Nothing we do, nothing we say will suffice to express our gratitude to you.


“Our relevant ministries and institutions are working on financial improvements”

Recalling that they gave 5 good news to medical professionals on March 14, Erdoğan said: “Our first good news was legal regulation to prevent violence against medical professionals by including these crimes as catalog crimes . This proposal, whose committee phase has ended, will hopefully come to the General Assembly after the party and be appreciated by our deputies. “It will be enacted,” he said.

President Erdoğan: We gave you 5 good news on March 14. I would like to re-emphasize that we are determined to finalize the issuance of 3600 additional indicators, which relate to a significant segment, before the end of the year.https://t.co/NmdRarCJwk pic.twitter.com/DoSf2ymMUx

Stating that the second piece of good news is the Professional Responsibility Board, Erdoğan continued:

“With this regulation, a new mechanism is created which will ensure that claims to be made against doctors due to their professional activities are first assessed by a council within the Ministry of Health. Hopefully this regulation enters under the proposed law will come to the agenda of the General Assembly after the party.

Our third piece of good news was improved financial rights for healthcare workers. Our relevant ministries and institutions are working on financial improvements that require thorough preparation. I hope we will share the results with you as soon as possible. It will also be ensured that our health personnel, whose flat-rate supplements will be passed on to the payroll, will not suffer any loss of rights as a result. 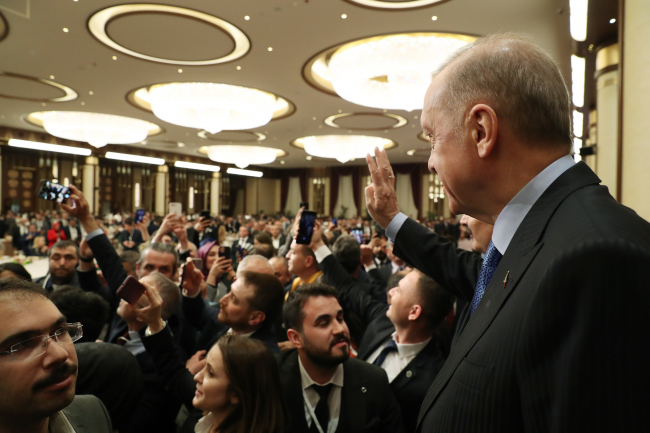 Our fourth piece of good news reflected financial improvements at retirement, including the inclusion of our undergraduate nurses in the scope of 3600 additional indicators. I would like to emphasize once again that we are determined to finalize the issuance of 3,600 additional indicators, which concern a significant segment other than healthcare professionals, before the end of the year.

Our fifth piece of good news was the salary increases for our family physicians. In this regard, the work of our ministries and institutions is nearing completion. Thus, our healthcare professionals will be able to lead their lives in a more serene and comfortable way in all respects, starting this summer. »

President Erdoğan underlined that they will honor each of their promises and ensure that they are finalized.


“We embrace other areas of life with four hands”

Emphasizing that taking measures that will improve the working environment of healthcare professionals, increase their level of well-being and enable them to look to the future with hope, like all other segments in Turkey, is their main responsibility, Erdoğan said:

“Make sure that we are making sincere efforts to see every problem of our doctors and other medical professionals as our own problem, and to see every gain as our own gain. We have neither adopted vulgar rhetoric by resorting to the populism like the opposition, nor have we seen our people in trouble. Rather than saving the day, we are making sure that we are working to secure the future of all 85 million people. We let’s do the same today.Given the state of the global economy, we are all struggling to get Turkey out of this stormy sea and off the coast safely.

I believe that the distance we have come in any other subject is not important unless we are successful in the field of health, which is at the forefront of basic services. We need your support the most in building a great and powerful Turkey, we trust you the most. When we say “army” to our paramedics, who make up nearly a third of all public personnel, we are not talking casually. With the confidence of our healthcare professionals, who are on duty around the clock and reach 1.3 million people across our country, we embrace other areas of life with all our hands. I have no doubt that you, our brothers and sisters, whom I consider to be the supporting pillars of our health care system, continue to serve our nation with all your heart and soul, just as you have done for epidemic.”