Bülent Parlak, founder and editor of the cultural and artistic writer and magazine Izdiham, has died. It was learned that Parlak died at the age of 43 following a heart attack.

Izdiham magazine’s editor, Parlak, gave young poets an opportunity in the magazine, which he launched with the slogans “We are all old enough to die” and “There is no activity of subscription against the possibility of Doomsday”. Popular Writer he lost his life. In the message shared on the magazine’s social media account “İzdiham”, Parlak’s death was announced and said, “We certainly belong to Allah and we will definitely return to him. “Inna Lillahi ve Inna Ileyhi Rajiun”, which means

WHO IS BÜLENT PARLAK?

Poet Bülent Parlak was born on October 5, 1979 in Malatya as the last child in a family of eight children.

The poet, whose father was the head of the Malatya branch of the Workers’ Union and worked in politics in the Communist Party of Turkey and the Republican People’s Party for many years, lost his father at the age 6 years old and his mother at the age of 19.

Parlak completed his primary and secondary education in the city of Konak in Malatya with a first degree.

Bright, who won Istanbul University’s faculty of communication but dropped out after a year due to financial problems, started working in the newspaper’s advertising department where he completed his internship.

Bright won the Faculty of Education of Ondokuz Mayıs University in the university exam in which he re-enrolled. However, because he was married and had a child, he found it difficult to work in Istanbul and travel to Samsun, so he graduated from the faculty in 7 years.

After graduating from school, Parlak, who made various attempts such as operating a hotel and a furniture store and opening a classroom, did not succeed in these. jobs.

The successful man of letters described this situation as follows in his interview:

“After I graduated from university and came to Istanbul, my teacher, who learned that I was not continuing to write, sent me a photocopy of the letters I was writing. When I read these letters, I was very embarrassed by him. ‘I wonder if I can do it?’ I said. Because I had no interest in literature. I had no time to be interested in literature while walking. I had to do something all the time because I got married very young. and that I had to provide for my family. I received these letters, I opened an office for myself in an inn in Aksaray. There was no place for literature. But I walked very well. I walked from Bayrampaşa to Eminönü From there I took the ferry From there I took the ferry again from Üsküdar or Kadıköy to Koşuyolu My days were always spent walking This continued for years.” After graduating from college, I never gave up. ‘ I write in this book why I walk.”

MANY YOUNG PEOPLE HAVE THE OPPORTUNITY TO PUBLISH THEIR POEMS

Since 2008, Izdiham magazine started printing with striking slogans such as “We are all old enough to die” and “There is no subscription activity in case of Doomsday”. The magazine, popular for its content and layout, also grabbed attention with its quirky cover stories.

With the words “Living is harmful to health” on the cover of the magazine’s first issue, Parlak embarked on the mission of a school of literature by giving many young people the opportunity to publish their stories, essays and poems. 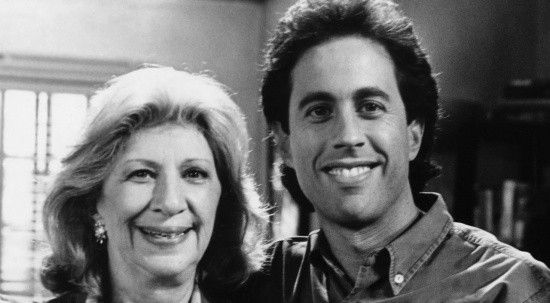 Seinfeld star Liz Sheridan dies at 93
Liz Sheridan, who played Jerry Seinfeld’s mother in Seinfeld, one of the most watched comedy series, has died at the age of 93. The actor’s rep, along with his best friend, revealed that Sheridan died in his sleep.