The four corners of the country are filled with joy and the chirping of children with the organized entertainment. For the 102nd anniversary of the opening of the Grand National Assembly of Turkey and April 23 National Sovereignty and Children’s Day, the Speaker of the Grand National Assembly of Turkey Mustafa Şentop will relinquish his seat to the children’s representative at the General Assembly, otherwise this year, before the extraordinary session to be held in the Gazi Parliament.

IN THE PRESENCE OF HEAD OF STATE ATATÜRK

Speaker of the Grand National Assembly of Turkey Mustafa Şentop, state officials came to Atatürk’s Mausoleum by walking from Aslanlı Yol. After laying a wreath on the mausoleum, he observed a minute of silence and sang the national anthem.

PRESIDENT OF TGNA SHENTOP: OUR REPUBLIC IS IN SAFE HANDS

State officials then proceeded to the National Pact Tower. Speaker of Parliament Şentop signed the special book Anıtkabir. Şentop said in his statement here: “Dear Atatürk, we are here because of the 102nd anniversary of the opening of the Turkish Grand National Assembly, which you chaired. We will continue with a conscience that will never compromise our independence with the inspiration which we receive from you. Parliament has made its will prevail with the support which we have received from our great nation. Our Supreme Assembly, with the support of our nation against the enemies, will continue to defend democracy. Our worthy republic is in good hands. On this occasion, I commemorate you and your fellow travelers with mercy and gratitude. May your souls rest in peace. 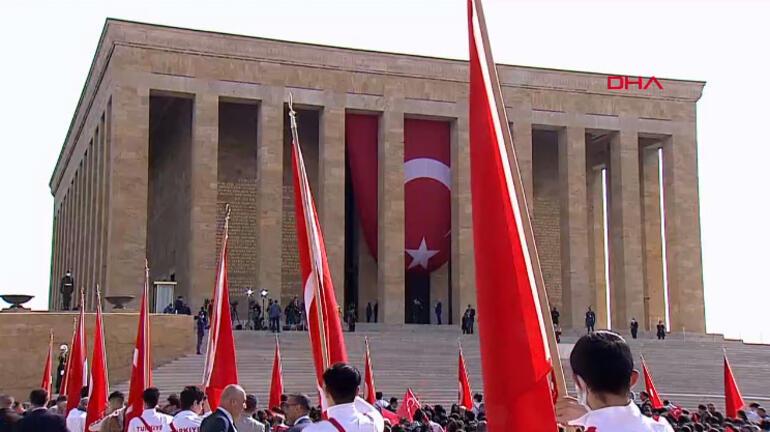 The delegation, which came to Atatürk’s mausoleum by walking from the Lion Road, observed a minute’s silence after laying a wreath on the mausoleum and sang the national anthem. 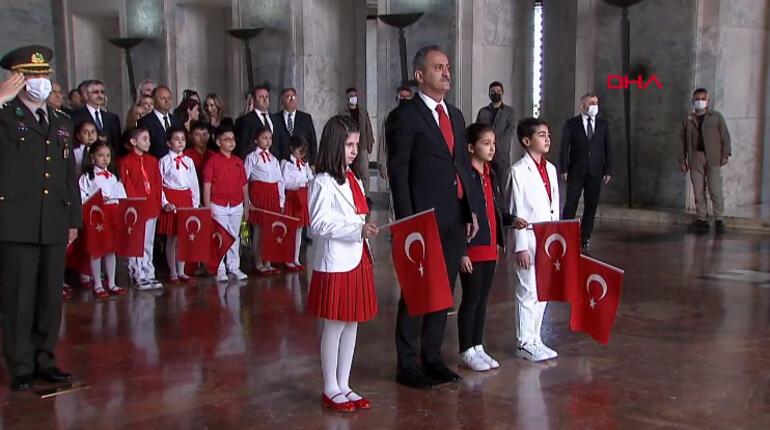 “Dear Atatürk, we are in your presence to experience the enthusiasm and pride of April 23 National Sovereignty and Children’s Day on the occasion of the 102nd anniversary of the establishment of the Turkish Grand National Assembly.

From the blessed moment of its opening to this day, our Gazi Council has been the most important symbol of our independence and solidarity. To offer this exceptional day to our children as a celebration is to entrust the existence and the future of our nation to future generations. We are also aware of the responsibility we take on ourselves and strive to equip our children in the same way as their peers around the world. Knowing the national and spiritual values ​​of our children, who will lead our national destiny towards a bright future; who loves his country, his nation and his family with all his heart; We strive to raise generations who believe in the power and importance of the national will. Young people, who still regard service to our people and humanity as a virtue, will be a generation worthy of your trust.
As the Ministry of National Education, we are determined and happy to have continued the education of our students, who are the guarantee of our future, without interruption, and to be back in our schools on April 23, National Sovereignty and Children’s Day. In accordance with our principle of equal educational opportunity, we will continue to work hard for our children in all corners of our country. We proudly celebrate this significant day, which is a gift to all the children of the world and national sovereignty is given to our supreme assembly. May your soul be blessed.”

The Anıtkabir Visiting Delegation led by National Education Minister Özer held the ceremony with intense student participation after 2 years of hiatus this year. As part of the Covid-19 measures, the visits have been taking place without students for about 2 years, only with the participation of officials at the official level.

STATEMENT AT THE FIRST ŞENTOP ASSEMBLY: THE NATIONAL STRUGGLE IS CONTINUOUS, IT WILL CONTINUE

“What gives this place monumental characteristics is that it hosted the struggle for the future of our nation in the most difficult period of our history. It is the place where a great meaning embodied by the national struggle and the national will is transformed into a physical place, an edifice. This blessed place where the fairest struggle in the history of mankind has been carried out in the most legitimate way. I embrace our children, who are the guarantee of our future, with the spirit of our nation, and I congratulate the national sovereignty of our nation and the children’s day.As the first deputies who started the national struggle without considering any results other than victory , and even as grandchildren of parliamentarians who earned the title of veterans because they fought at the front, I commemorate I wish mercy on our martyrs, especially veteran Mustafa Kemal Atatürk and his companions in combat, who served in Turq ye, and may their souls rest in peace.

The first basis of our national struggle is the goal of full independence. In the ring of fire in which the country found itself, Ataturk said that we must first establish a parliament. Our first parliamentary building has witnessed many things. Intense discussions, singing and accepting the national anthem… Feeling these moments in our hearts shows us how difficult and honorable our duty is. In the process leading to the opening of the Grand National Assembly of Turkey, the beloved nation, which declared to the world that it would oppose the occupation, united all its words and all its power under this roof . 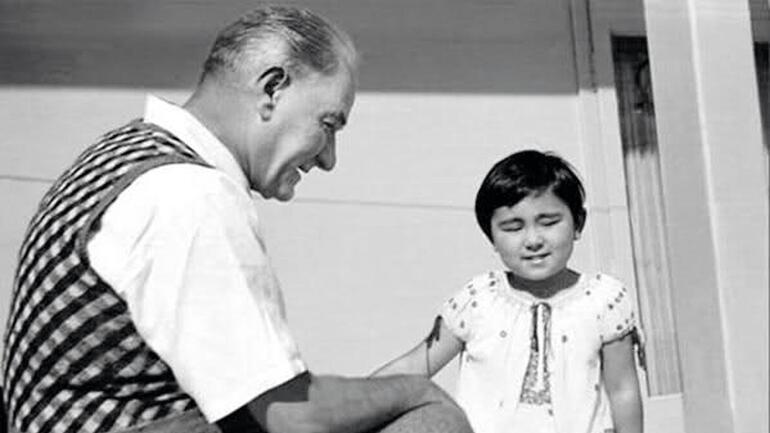 Before the representatives of political parties, “Children of Turkey” will also hold a special holiday session. Despite the easing of epidemic measures, the evening reception, which was held in a closed area, was canceled this year as well.

President Tayyip Erdoğan will attend the celebration programs in Istanbul and will be at the TRT Children’s Festival in Başakşehir People’s Garden. President Erdoğan, who will receive National Education Minister Mahmut Özer and the students, will have an iftar with the children in the evening at the Houses of Love.

THE MOST BEAUTIFUL HOLIDAYS… 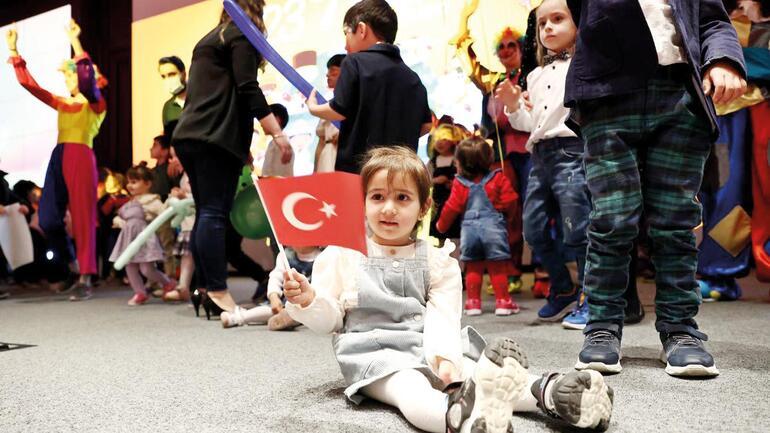 On April 23, the Direction des communications organized activities for children in different cities. The little ones had fun at these events and celebrated their holidays.

FIRST TIME ON A PLANE 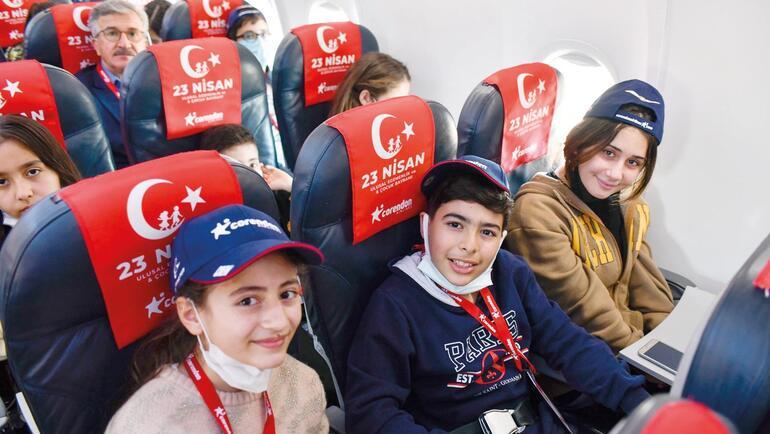 127 children, who had never traveled by plane to Antalya, joined the Çanakkale tour with Corendon Airlines flight number CAI 1920. Children who visited the area watched Solo Türk, who performed a rehearsal flight in the skies of Çanakkale, with great excitement.

‘THE LITTLE GENIUS’ CLAIR THE FOREST 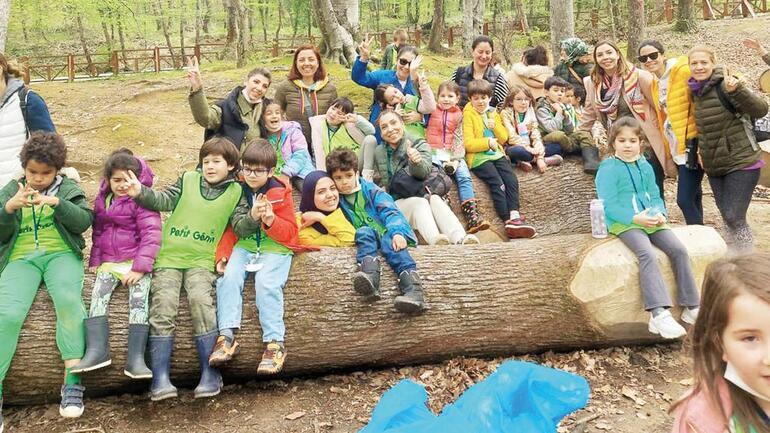 Kindergarten students from the Petit Génie school, which provides French-language education in Istanbul, carried out a major clean-up operation in the Belgrad forest with the authorization of the Bahçeköy Forest Department as part of Earth Day April 22 and April 23. April events.