In France, the people go to the polls tomorrow to elect their president. Current President Emmanuel Macron and far-right candidate Marine Le Pen will face off at the polls. So who will win the polls? Here is the latest situation in the polls and the bitter struggle of the two politicians for years…

In the country where the number of voters is 48.7 million, current President Emmanuel Macron and far-right candidate Marine Le Pen will face each other in the second round of the presidential election. The winner of the election will become the new president who will lead France for 5 years.

The number of voters who will vote in the presidential election in France is approximately 48 million 700 thousand. The ballot, which will begin tomorrow morning at 8 a.m. French time, will continue until 7 p.m. in the countryside and 8 p.m. in the big cities.

The official results will be announced by the French Constitutional Court on April 27. The winner of the election will take the presidential seat on May 13.

LATEST SITUATION IN THE INVESTIGATION

In the polls, Macron is currently ahead of Le Pen. Research predicts that in the second round, Macron will get 51% of the vote and Le Pen 49%.

If Macron is re-elected president of France, he will be the first politician from his country to win two presidential elections in 20 years. When Macron was elected in France in 2017, he was the country’s youngest president.

Political commentators are of the opinion that the elections to be held tomorrow will be similar to the elections of 2017. In these elections where the other candidates failed to pass the first round, Macron and Le Pen clashed again. Most French voters wanted to see more names or different names in the second round. Today, the view that “we have to choose the best from the bad” has prevailed in the country. 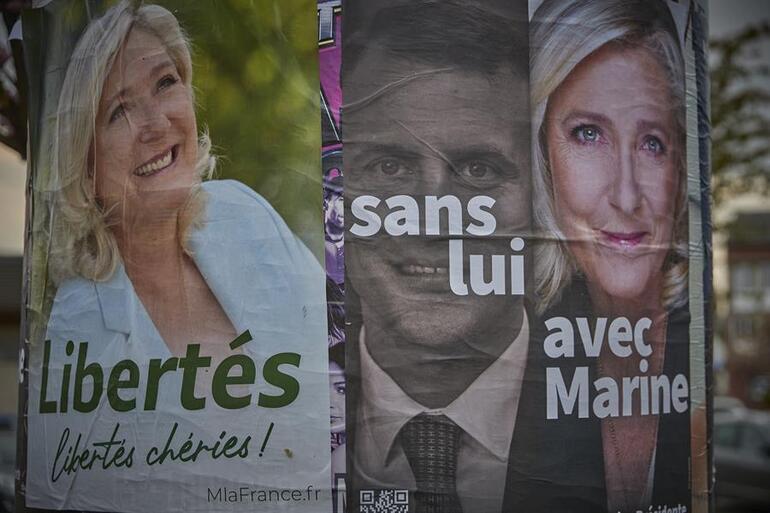 The streets of France are filled with election posters.

WHAT DOES MACRON PROMISE?

The 5-year period that Macron served as President in France unfolded with much internal turmoil, actions and general discontent among the French people. Issues such as the actions of the yellow vests, the immigration problem, the deteriorating economy and the impact of developments in the world on the country have forced Macron and led to a decrease in voter support.

One of the most important election promises for Macron, who would not side with the people and who protects the rich and the industrialists, is to increase the rights and salaries of civil servants, workers and pensioners.

Macron, who has signaled he will take action on the climate crisis, has in fact campaigned against the far-right attitudes of his rival, Le Pen, outside of economic issues, and given hope to the minorities, French citizens of different religions, asylum seekers and the country’s poor. 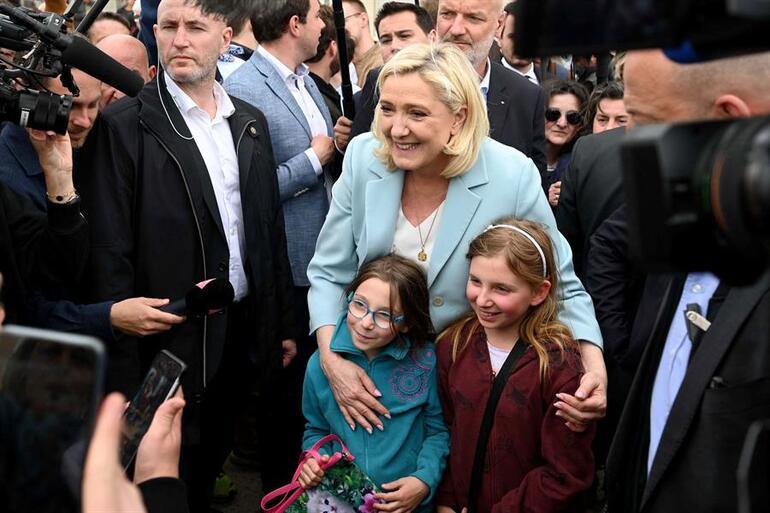 Criticized for his racist and discriminatory attitude, Le Pen tries to win the sympathy of voters.

WHAT DOES MARINE LE PEN SAY?

Far-right leader Marine Le Pen is in fact one of the most recognizable faces on the French political scene. Le Pen, who is running for president for the third time, is more confident that he will be elected this time. Le Pen, who promised his voters a referendum during his campaign, is considering new immigration laws.

In fact, most of the electoral promises are the wishes of French nationalists and anti-immigrants. Le Pen is also considering banning the headscarf in public places. In reality, the support Macron receives comes from the French, who are against Le Pen and fear that he will break with the freedom and democracy symbolized even on the French flag. 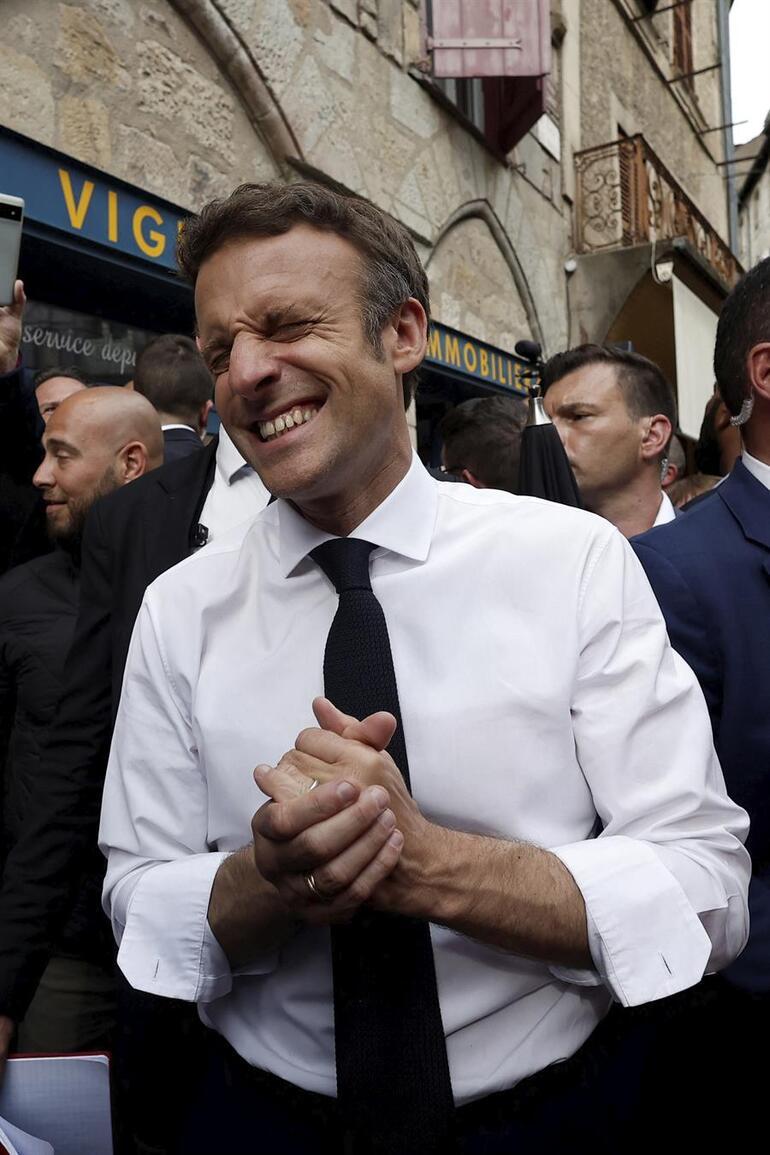 Although the difference in points in the polls is very small, Macron seems confident that he will win the election.

WILL THE HISTORY OF FRANCE CHANGE?

In France, which was a colonial country for many years and therefore has many people of different cultures and races, there is an atmosphere of tolerance in general.

On the other hand, the impact of the migration crisis, which has intensified throughout the world in recent years, is also being felt in France. As the country opens the door to more refugees, the French begin to hold non-French citizens responsible for the fate of the country.

There are similar reasons behind the rise of the far right and Le Pen in France. His rival, Macron, prefers to act with the watchword that he protects the founding values ​​of France against the far right.

The French, who are afraid of Le Pen, who is distinguished by Islamophobia and racism, argue that there is not much difference between Macron and Le Pen on these issues. 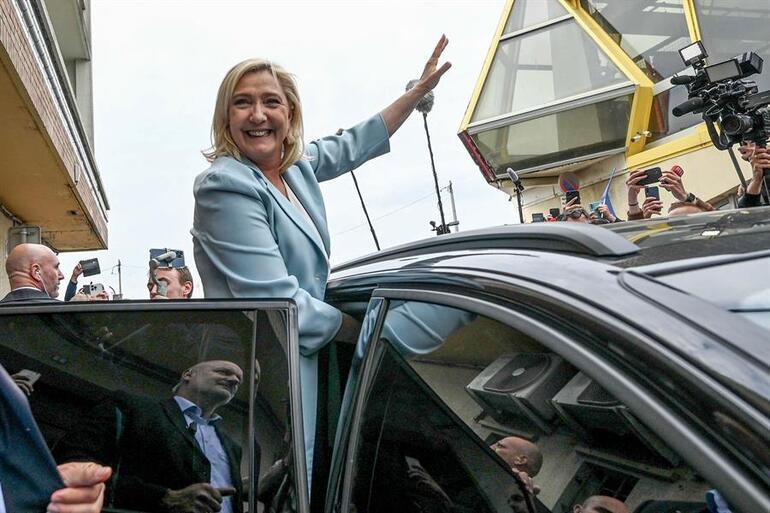 Le Pen’s racist attitude makes his every move questionable… Even this greeting can create a question mark.class=”medianet-inline-adv”>

In the elections to be held tomorrow, polling companies say the difference ranges between 2 and 7 points. 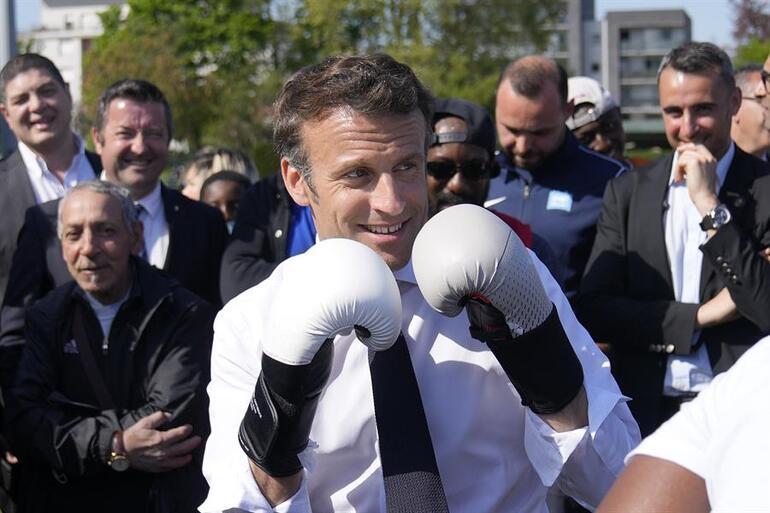 Each pose that Macron gives to photographers is an event and we talk about it for days.

The country’s two traditional parties of left and right were weakened in the last election, this time with much worse results. Pécresse, leader of the center-right party, won 4.78% of the vote, while the socialist candidate, the mayor of Paris Anne Hidalgo, obtained 1.75%.

This is seen as proof that there is in fact a big problem in France, where the tradition of democratic politics goes back centuries. Center parties are constantly losing ground; The French left has no say in the elections and politicians with extremist discourse are constantly on the rise…