The Ministry of Industry and Technology implements projects focused on regional development.

One of the projects that touches all aspects of life, from tourism to agriculture, from transport to the environment, was carried out in Karaman. The cheese, which is produced only in a winery called “Obruk” and also called Turkish Roquefort, began to make its name known to the world with its red color and flavor. 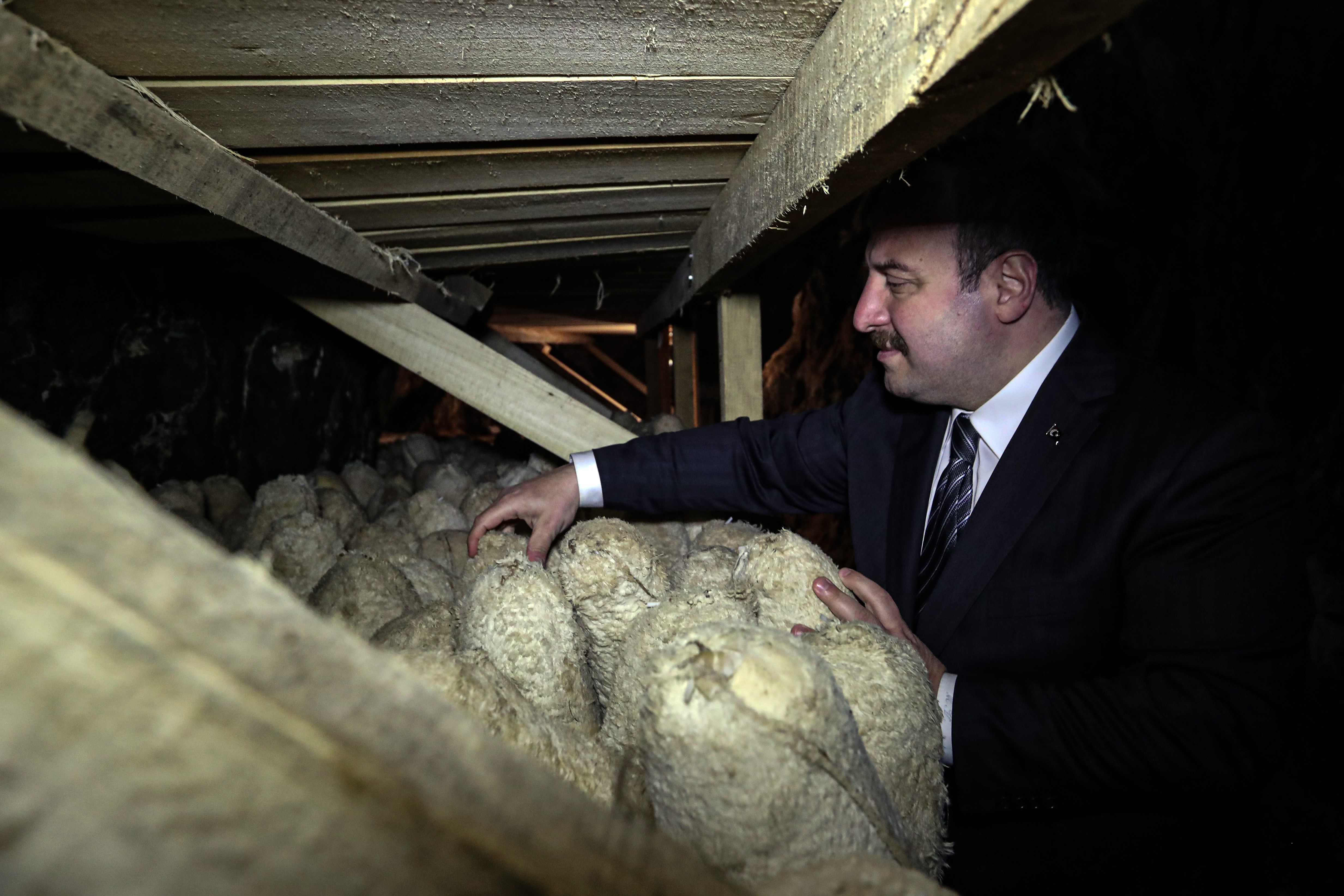 Varank, who received information from authorities about the cave and cheese production supported by the Konya Plain Project (KOP) regional development administration, said in a statement that “Divle Cheese” was only formed only by the effect of bacteria in the cave in which it is located. . 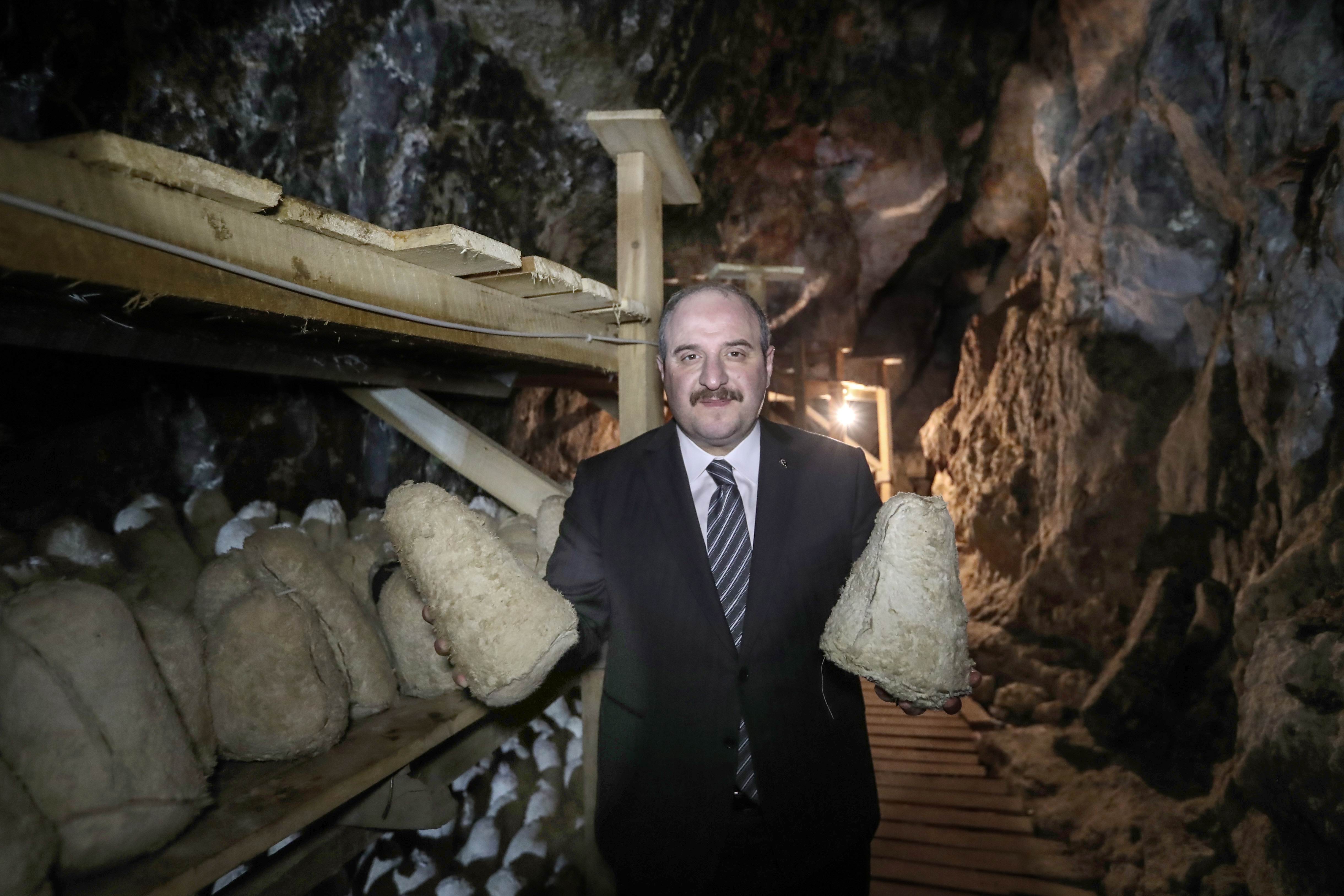 Stating that Divle Obruk cheese is a special cheese, Varank said: “It started to become more and more famous in Turkey and around the world. We, with our subsidiary KOP Regional Development Administration, had long ago discovered the potential of raising small cattle in the Ayrancı region. In 2016, our administration started working to increase the number of animals there. In this way, it became more and more popular in Ayrancı region. The number of sheep and goats has now reached 250 000. used expressions.

Noting that they aim to increase production capacity by 60 tons per year, Minister Varank said, “One of our agendas is to support regional development. Find the areas of regions, cities and districts that will make the most economic contribution and invest there.” mentioned. 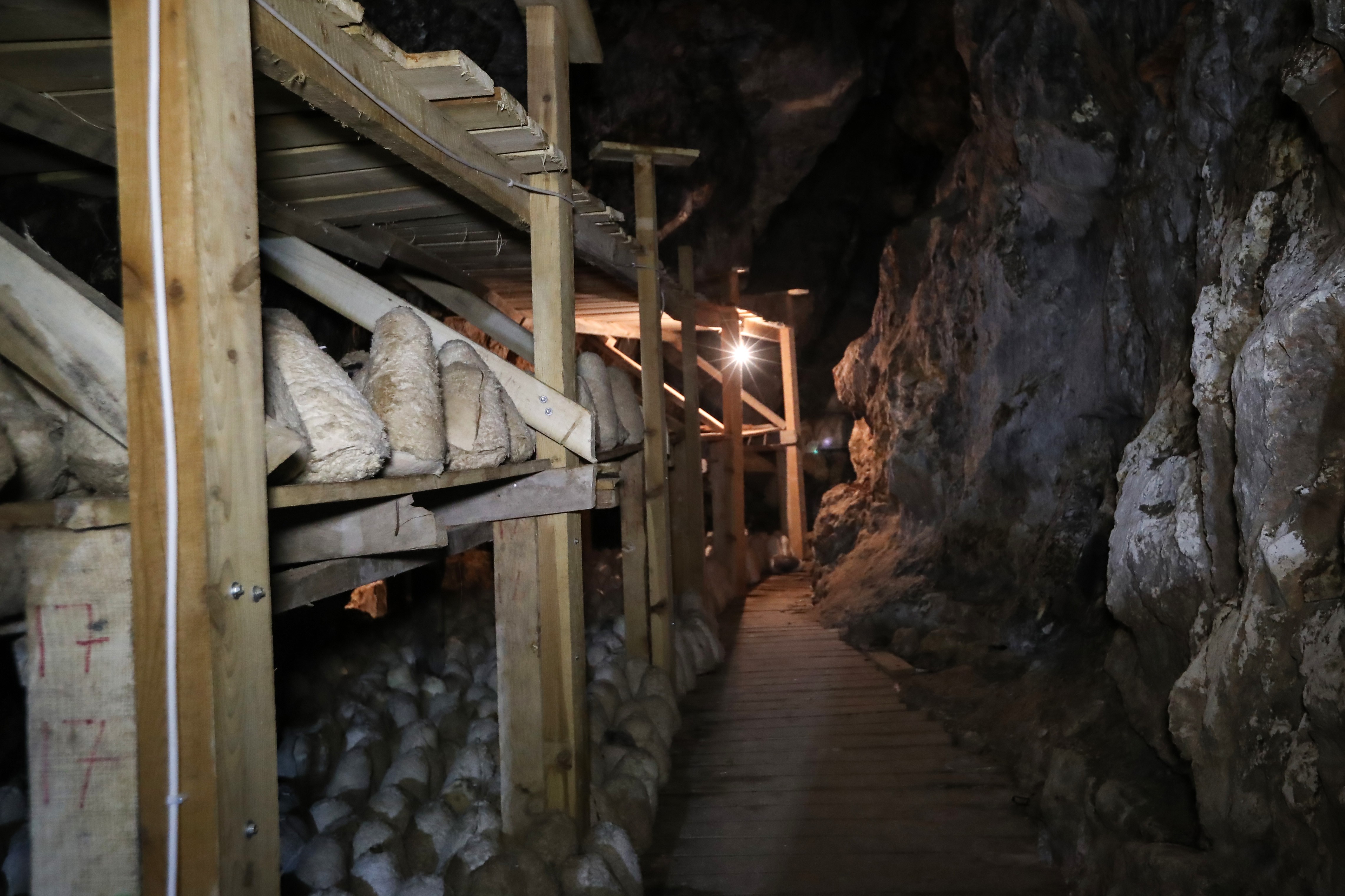 competes with the French and the Italians

Minister Varank pointed out that this type of cheese made with milk from small cattle in the region is a product with high added value and continued as follows:

“Divle’s Cave Cheese”Explaining that classic cheeses are sold at 3-4 times the price, Varank said, “Of course, the added value of cheeses made with such an original and healthy method is also very different from other cheeses. The bacteria present in the cellar contribute to the formation of this cheese in a special way. The cheese here also reaches a level that can compete with other equivalents in the world, Italian and French cheeses.” he said.

Highlighting that the winery currently has a production capacity of 60 tons of cheese per year, Varank said: “We are thinking about how we can increase this capacity, we are carrying out research in other nearby caves. Can we activate caves with the same characteristics and the same bacterial environment, we are working on it.” made his assessment. 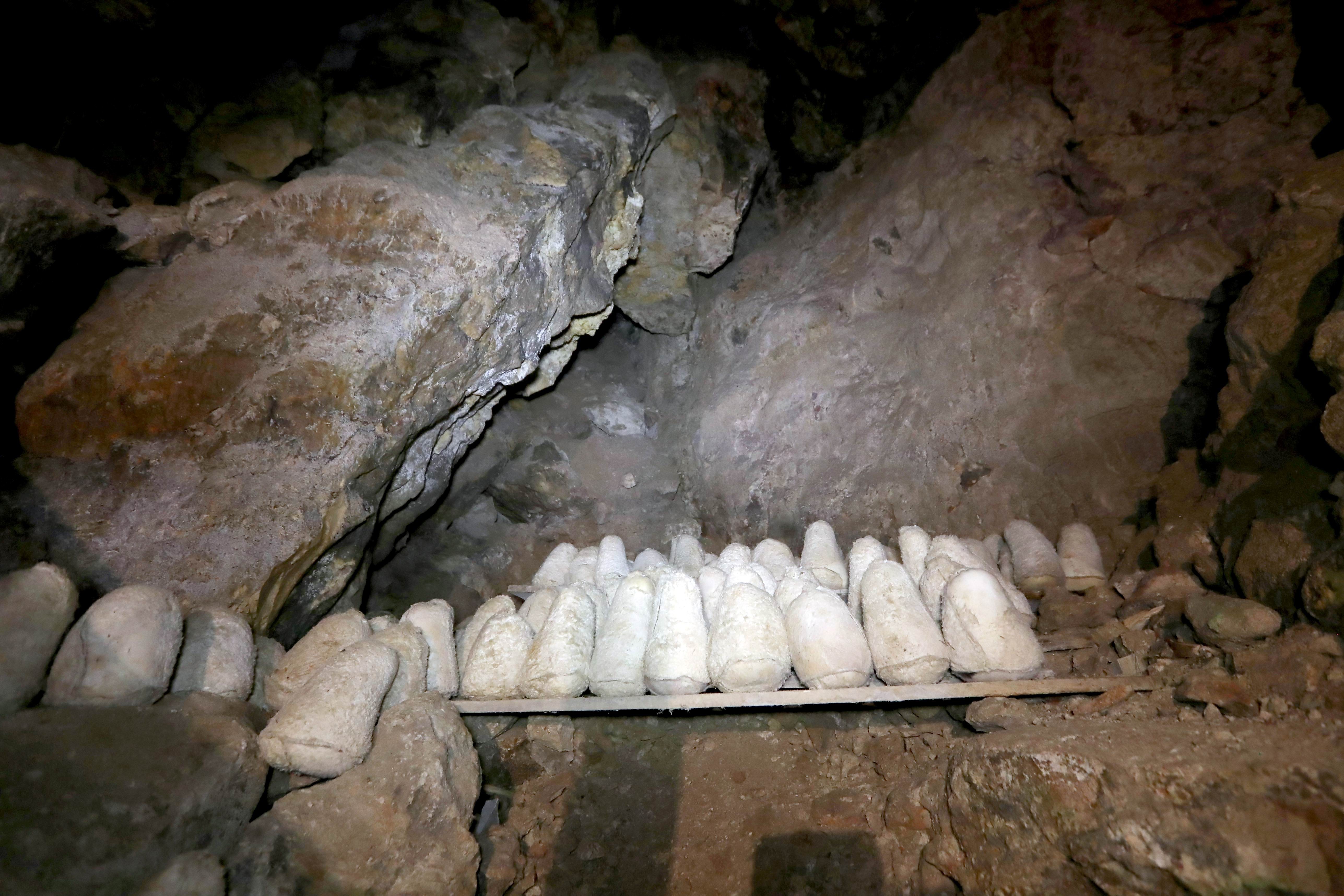 Stating that as KOP they support the establishment of a dairy to set the standard for cheese, Varank continued his remarks as follows:

“In this way, we will support our villagers so that they can produce Karaman Divle cheese according to the same standards. We will continue to introduce this cheese to Turkey and to the world. We are cold at the moment. Here, the white overalls become red after 4 months due to bacteria. When the villagers turn red, he understands that the cheese is ripe.”

Varank said that KOP administration is also supporting the dairy which will be offered for the use of the villagers of Divle, that when the dairy is completed, they will reach a milk processing capacity of 5 tons per day, raising the level of cheese to produce in the cellar and support the global marketing and promotion of Divle cheese.

Underlining that one of the programs of the Ministry of Industry and Technology is to support regional development, Varank said: “We are finding and investing in the areas of regions, cities and districts that will make the most economic contribution. In this sense, we will continue to give our support as a ministry to produce more Karaman Divle cheese, to produce better quality, more standard and better promote it.” used expressions. 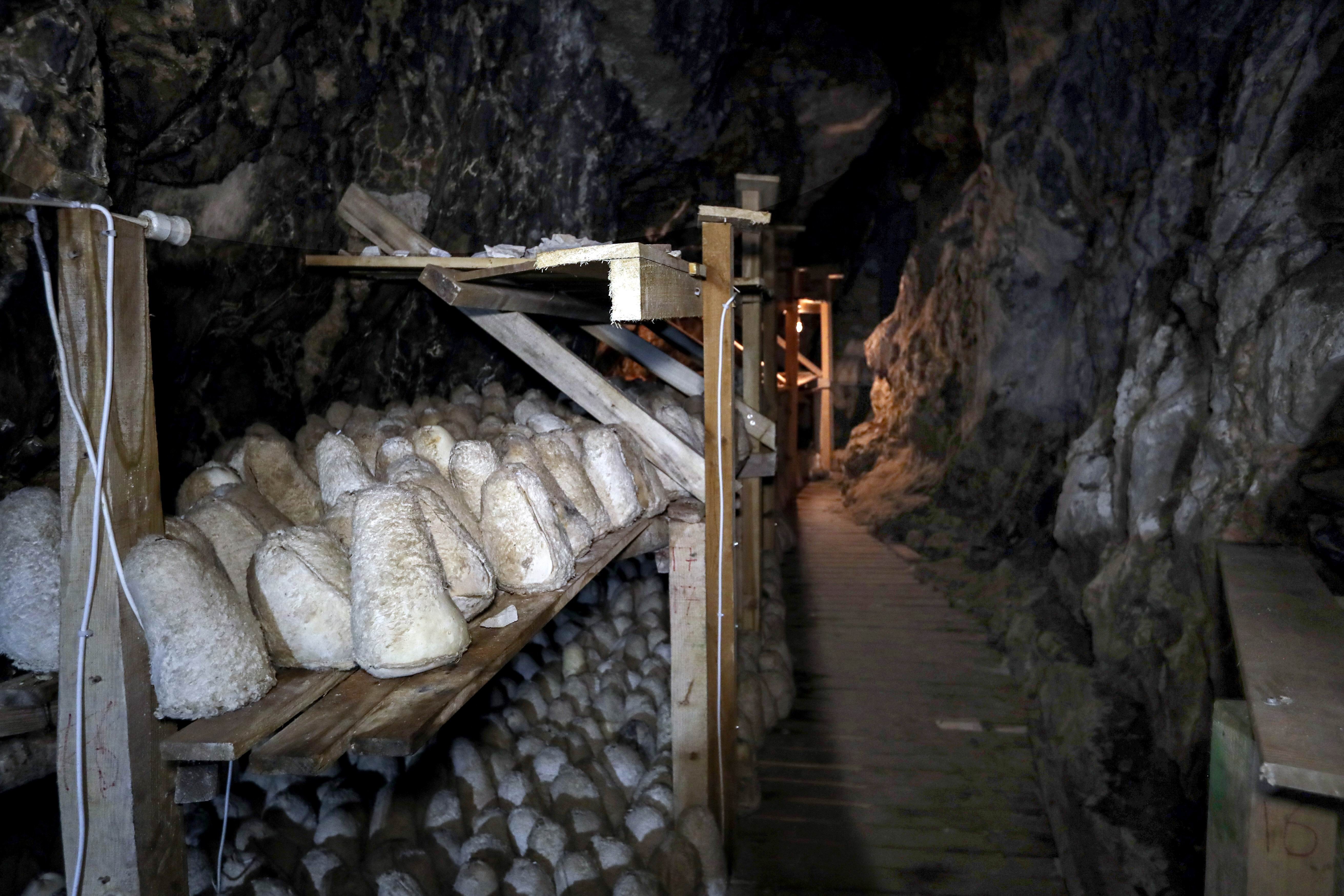 His fame is spreading fast

A cave in the village of Üçharman, formerly known as Divle, is home to the rapidly spreading cheese. The cave, which the villagers call the pothole, provides the most favorable environment for cheese to form. Cheeses made using traditional methods from sheep’s and goat’s milk are pressed onto specially prepared lamb and kid skins and lowered into this 250-meter-long cave to a depth of 36 meters. The cheese skins in the cave, which is 4 degrees Celsius all year round, turn red after about 4 months due to bacteria in the cave.

The standard will be introduced

Administration KOP, Project “Our region develops with Divle Obruk cheese”As part of “, it supports a dairy to be created for the exploitation of the existing agricultural development cooperative in the village of Divle. Thanks to the dairy with a milk processing capacity of 5 tons per day, a standard will be fixed for cheese and the production and marketing of cheese will be increased. 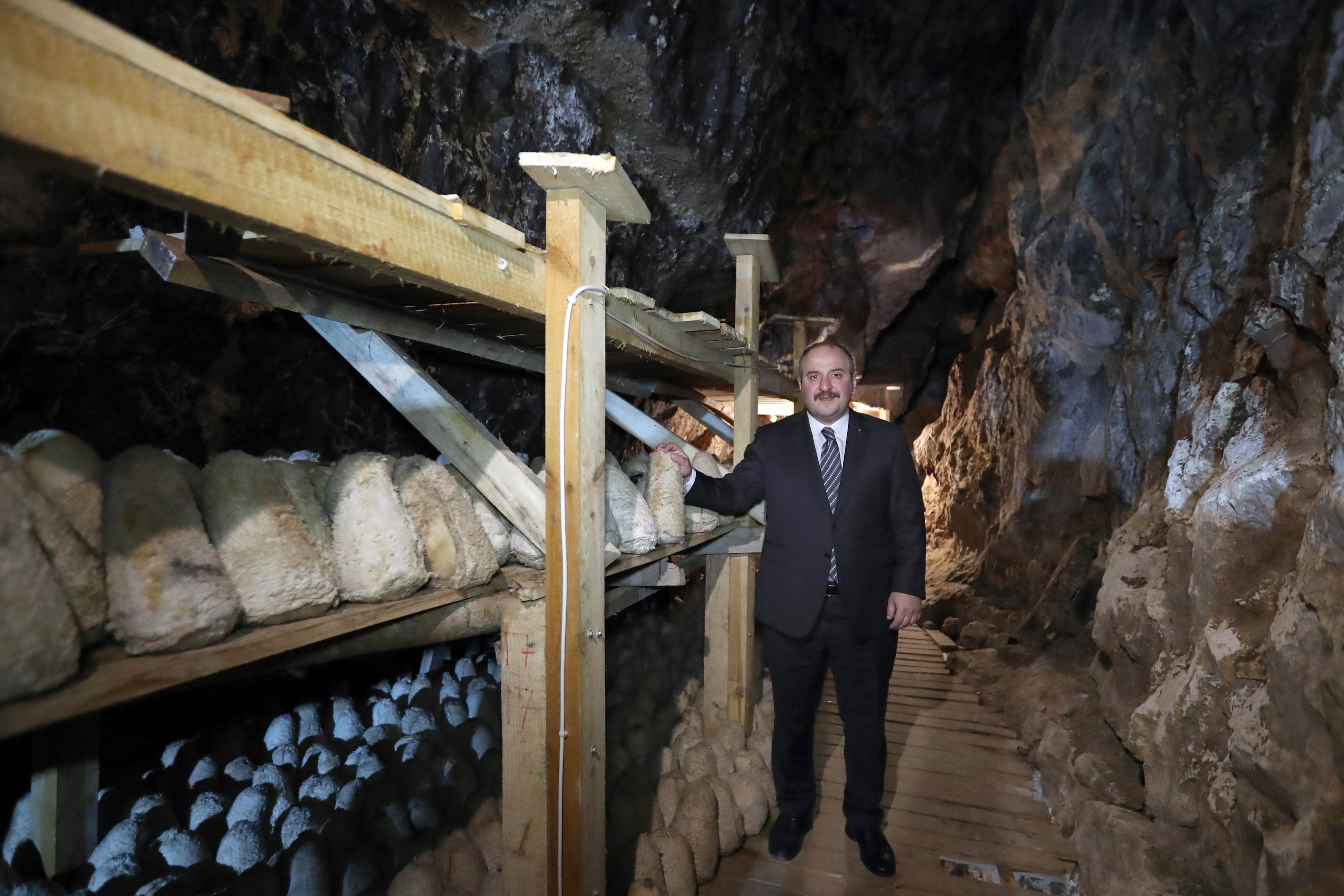