Assessing the new sports law passed in parliament, experts said sports clubs have been thrown into the fold of capital with the law and said: “It will serve to establish a structure which is completely contrary to the spirit of the sport”.

The proposed Sports Clubs and Sports Federations Law was accepted by the General Assembly of the Grand National Assembly of Turkey and became law. Along with the law, which was accepted by the joint government and opposition proposals on the proposal, the condition of being able to borrow as much as the teams’ income was introduced with the demand for a balanced budget. It has been made possible for clubs to make payments and collections of a certain amount through banks. The president and officers of the club will be held responsible for the debts of the period in which they are in office. There will be at least two national athletes on the board of federations. All expenses of sports federations will be supervised by the Ministry of Sports.

People found guilty of hate crimes and discrimination, those found guilty of producing and trafficking drugs will not be able to participate in the management of sports clubs. In case of dismissal of persons prosecuted for crimes under the “Prevention of Terrorist Financing Law”, and for manufacturing and trading narcotics or stimulant substances in the Turkish Penal Code, or for laundering real estate values resulting from a crime, their positions will be filled by alternate members. Articles regarding financial discipline regarding the new law have been well received by the public. However, criticism that the government does not recognize the autonomy of the federations and uses politics for sport continues. As discussions on the new law continued, MHP Malatya MP Mehmet Fendoğlu’s request to the General Assembly of Turkey’s Grand National Assembly to scrap relegation to the Super League this year sparked a backlash.

Assessing the new law, sports writer Can Durukan said sports clubs are acting extremely contrary to their purpose of existence and said, “Every association must carry out activities in the public interest. Our sports clubs, on the other hand, cannot emerge one after another from the whirlwind of club immersion. I overstepped the public interest, they don’t even act for their own benefit. Malatyaspor went bankrupt, they created their “new”, and he was relegated, for example. Now the preparations to establish ‘Enyeni’ or ‘Brand New’ Malatyaspor may have started. The same is true for many clubs. It is clear that the public interest is not in the first place in all these processes. Despite the failure, their demands never cease. The begging for tax amnesty, sponsor support, facilities and stadiums does not stop. The fact that now every manager is responsible for the damage he has caused to the club sounds good. However, if all our clubs are incorporated, do you think our club leaders, who are shamelessly calling for relegation to be scrapped, will be prepared to leave the clubs in which they have invested millions of money? Not very possible. This law will serve to throw national teams into the fold of capital, reduce competition to the brutality of the market and establish a structure totally contrary to the spirit of sport. Isn’t it a clear proof of this that a proposal was made to abolish relegation at the same time in Parliament, which worked for the Sports Act? makes his comment. 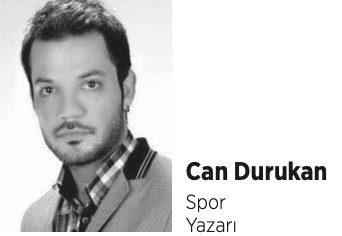 Sportswriter Didem Dilmen, on the other hand, said there was a need to pass a law that would regulate the structure of clubs in Turkey and mentioned that the infrastructure for the new law has not been prepared. Assessing the removal of relegation and the relationship between politics and football, Dilmen said: “First of all, it is not possible to remove relegation. One of the biggest reasons for this is that we don’t have the order and structure to play so many matches. Therefore, if you remove relegation, how many teams will play next season, how will fixtures be organised? I don’t think that’s possible at all. Football has always been intertwined with politics as far back as I can remember. As the industry grows, politics continues to be part of it. In fact, we expected the Sports Act to establish an order in which football and clubs could act alone. When I was a kid, politics was in football. He’s still in football now,” he said. 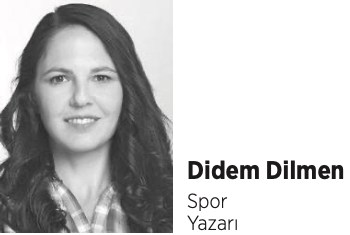 CHP deputy from Istanbul, Erdoğan Toprak, noted that the new law will not solve all the problems and made the following assessment: “There is a sports policy that has not won a single medal in 20 years at the Winter Olympics from 2002 to 2022. The reason for the lack of success is the use of sport in politics. This law does not solve everything. How many presidents of the TFF, which has the sanctions of FIFA and UEFA, have you selected by competing? You have reduced the brand value of football by infecting the sport with politics. It had $500 million in broadcast revenue, it’s down to $150 million. You gave the Qatari exchange rate guarantee, the Qataris poured acid on Turkish sport. When you came to power, we were 8th in the FIFA rankings. We are now in 43rd place. We are stepping back in sport. There are skeptics in the Turkish leagues today. This law has nothing to do with amateurs or coaches. Nothing will pull Turkish sport out of the financial quagmire or guarantee its autonomy. Fans are the nursery of Turkish sport, no one has the right to dry it out. A handful of mafiosi and gambling take the rent from Turkish sports. The share of gambling and money launderers here is $750 billion. We must not entrust the efforts of the clubs to a handful of mafiosos. I support the new law, but what we need to do is support the clubs with the law while ensuring financial discipline and showing the way out. But respect the autonomy, do not play with the administrations of the clubs and the federations. 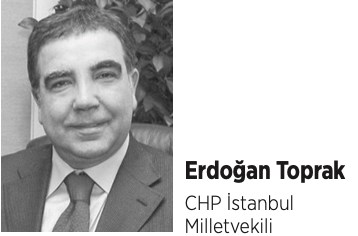