Referees who were excluded from the list during the period of MHK President Ferhat Gündoğdu have started to return to the field. The Football Federation’s Central Arbitration Board has made a decision that will go down in Turkish football history and announced that it has parted ways with 11 referees from the Super League, 5 from the A-ranking and 1 from VAR .

Many arbitrators, especially Cüneyt Çakır and Fırat Aydınus, have been removed from their positions with 13 arbitration decisions which have occupied the agenda for a long time. Again, FIFA licensed referees Ali Palabıyık, Abdülkadir Bitigen, Hüseyin Göçek, Alper Ulusoy as well as Bahattin Şimşek, Tugay Kaan Numanoğlu, Suat Arslanboğa, Mert Güzenge and Burak Şeker were also on the list.

Uilenberg said he told MHK president Ferhat Gündoğdu that he would not support the decision after the decision announced on March 8 that 13 referees would not be able to handle a game, adding: “The day when this decision was taken, Ferhat Gündoğdu, the Chairman of the Central Arbitration Committee, made such a decision, reflecting the careers of many referees with real facts and explanations. I said I wouldn’t support a killer decision without her.

The TFF management met in Riva last month to hold a meeting with the Club Association. Club presidents were also present at the meeting, which started at 2:00 p.m., and the item on the agenda was the broadcast of the match tender. However, there was a warm development before the meeting and Nihat Özdemir informed the club presidents that he was stepping down. It was shared that Deputy Vice President Servet will be the President until the General Assembly in June.

In this process, the resignation of TFF President Nihat Özdemir created a shock effect, while the continuation of Ferhat Gündoğdu’s duties sparked discussions. Then the news of his expected resignation came and Gündoğdu resigned. In the statement made by the TFF, “The Chairman of the Central Arbitration Board, Dr. Ferhat Gündoğdu, together with the members of the MHK, tendered his resignation to our Chairman, Mr. Servet Yardimci.” statements have been included. 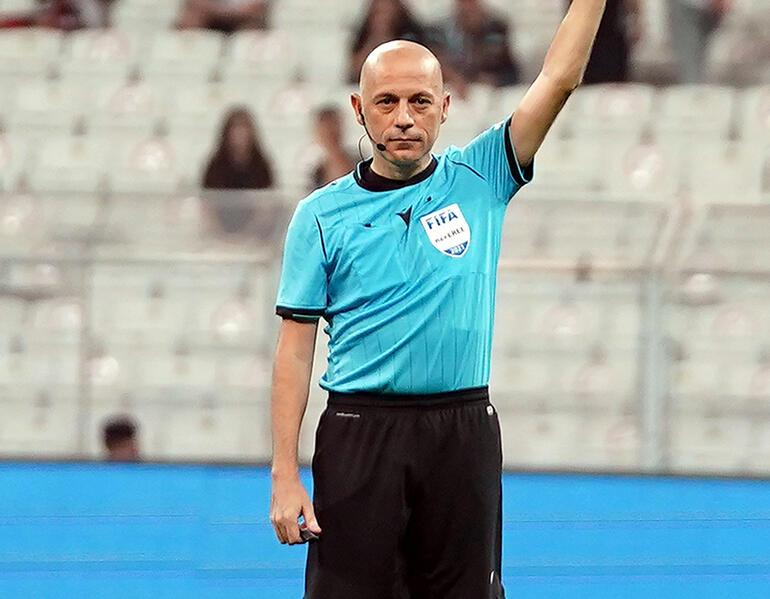 AND CÜNEYT ÇAKIR IS BACK! OPPORTUNITY TO MAKE HISTORY

Cüneyt Çakır, on his return to the field with the Antalyaspor-Kayserispor game, received applause from the stands and players from both teams. FTA Antalyaspor fans and Yukatel Kayserispor players greeted referee Cüneyt Çakır, who returned to the green pitches, with applause.

HERE ARE THE MOMENTS;

Cüneyt Çakır responded to the support given to him with applause. These historic images also caused a stir on social media.

So 2022 world CupThe way to Qatar has been opened for referee Cüneyt Çakır, a FIFA license holder, who is likely to travel to Turkey. Çakır, who will continue to whistle in the remaining Super League weeks, will become the first referee to participate in the World Cups three times if he passes the final FIFA test.

In addition, it was pointed out that UEFA is also likely to be assigned to the Confederation League final. After these developments, the Swiss Federation’s claim regarding Çakır also lost its validity.

Important highlights of Çakır’s career as an international referee, which has continued since 2006, when he became a FIFA referee, are as follows: