The corruption that caused the Istanbul Metropolitan Municipality to quit…Documents have emerged on how the municipality was siphoned off by its subsidiaries. It was determined that İBB, which caused a total of 293 million 214 thousand lira to the public, also provided unfair benefits to the operating companies.

A bidding scandal erupted in IMM with CHP. Ekrem İmamoğlu handed over the bids for the billboards to the Subaşı family, which he supported along with the families who sponsored him in the elections, through Kültür A.Ş.

Not content with illegally awarding the 1 billion 19 million tenders to companies created right after the 2019 elections, İmamoğlu discounted 40% in one company and 20% in the other, without any force major and without justification. While the public loss of 293 million was revealed with address delivery offers given to businesses which also played with the size of billboards, it was reflected in the good sense with pro-businesses. All details of the investigation regarding the 1 billion tender have been reached. Additionally, IMM’s Twitter account named “Metropolitan Works” stated, “IBB will now operate its own advertising areas! Kültür A.Ş. won the tender for IMM to operate 2000 racket boards and 400 megalight boards for 10 years. In this way, the advertising areas tendered have been allocated by İBB. It will be operated and the municipality will receive advertising revenue at the maximum rate”, it turned out that the citizens were also deceived.

THE CORRUPTION THAT MAKES YOU GIVE

Corruption in tenders delivered to the address made by Istanbul Metropolitan Municipality by letter made so many people give up. In violation of the legislation, the advertising areas in railway system stations, parking lots, main streets and squares belonging to the Istanbul Metropolitan Municipality, a subsidiary of the Municipality “Kültür A.Ş.” “BVA Reklam ve Danışmanlık Hizmetleri A.Ş.”, which belongs to the son of businessman Hüseyin Köksal’s uncle, who allegedly sponsored Ekrem İmamoğlu in the municipal elections by acting as an intermediary. and “Panofect Medya A.Ş.”, which belongs to the Subaşı family, protected and protected by Ekrem İmamoğlu. and “Urban Media A.Ş.” by Hüseyin Seckin. It turned out that it was given to named companies. The investigation by Interior Ministry inspectors also confirmed these claims.

IMM awarded the tender for advertising space in stations, parking lots, overpasses, main streets and squares of the railway system to Kültür A.Ş. with 1 billion 19 million. Said tenders were divided into 7 parts and distributed to 3 private companies which did not have the qualifications and conditions to participate in the call for tenders by “invitation by letter”.

The sad news was announced by the MSB! There are martyrs and wounded…

“BVA Reklam A.Ş.” was founded after the 2019 local elections by Ahmet Köksal and Murat Kapki, sons of businessman Hüseyin Köksal, who allegedly sponsored Ekrem İmamoğlu in the elections. The subsidiary of the municipality Kültür A.Ş. A total of 395 million 100,000 Turkish liras tender for the “advertising areas” operation has been awarded. “Urban Media A.Ş.” was founded by Hüseyin Seçkin after the 2019 local elections. The company named Kültür A.Ş. A total of 239 million 639 thousand lire was allocated to the tender for the “advertising areas” operation. Also after the local elections, “Panofect Medya A.Ş.” was founded by Onur Buğra Subaşı, son of the Eyüp and Gülşah Subaşı family, whom Ekrem İmamoğlu protected and cared for. The company called “Advertising Zones” won a tender for 384 million 857 thousand lire.

THEY DO NOT HAVE THE CONDITION TO TAKE THE OFFER

With the first tenders launched by the municipality, Kültür A.Ş. It has been determined that the sub-bids, contracts and topics are exactly the same, but the successful companies do not meet the qualification requirements. Companies with known competence in the market are not required to be in business for at least 3 years, capital of at least 5-40 million TL, total turnover of 40-100 million TL over the past 5 years and work experience 20-40 million TL certificate turned out not to be.

In addition to delivering tenders to the address, IMM reduced operating costs and the number of advertising requests by 20% for tenders for advertising space on overpasses, streets principals and squares. The collection of municipal debts, which was finalized with the contract, was abandoned “without any force majeure”, and a total of 141 million 500 thousand discounts were made. The advertising areas on the main streets and squares are included in the specifications and the contract against the municipality without justification; “The payment will be taken from 60% of the operating costs for the first 5 years.” In accordance with the provision, the price of the first 5-year contract was reduced by 40% “without force majeure or justification”. In this way, 122 million public losses were caused. In addition to this, the size of the billboards on the overpasses is greater than the maximum length stated in the technical specification, the operator has 2,559 square meters more and valuable advertising space than the specified maximum area in the technical specification, and 29 million 714 thousand of this amount results in unfair benefit to the operating company and causes public loss. It has been determined that the IMM, which is trying to increase transport and water, has caused a total of 293 million 214 thousand liras of public losses with the discount made on tenders, and unfair advantages have granted to operating companies. 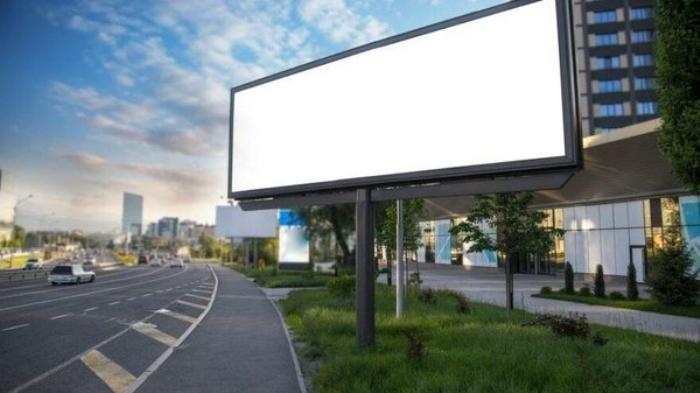 In the message posted on the social media account titled “The Metropolitan is Working” under the direction of the Istanbul Metropolitan Municipality, “IBB will now operate its own advertising areas! Kültür A.Ş. won the tender for the operation of 2000 racket boards and 400 megalight panels for 10 years. It will be operated by IMM and the municipality will receive advertising revenue at the maximum rate,” he said. However, despite the announcement of Kültür A .Ş.