Cases of mysterious hepatitis, first seen in children in England, are spreading. The world, which has not yet recovered from the shock of the coronavirus epidemic, is being dragged into a new epidemic panic. While doctors made successive declarations on the subject, the explanations of the English father, who gave his liver to his daughter without thinking, brought tears to the eyes of those who read it…

The World Health Organization (WHO) announced on Saturday that since last October, 169 cases of “acute hepatitis of unknown origin” have been detected in 12 countries. Two other cases were diagnosed in North Carolina in the United States shortly after this announcement.

The European Center for Disease Prevention and Control (ECDC) announced yesterday that “around 190” cases of unexplained hepatitis have been detected worldwide so far. Although case data varies, these figures are still considered inconclusive.

The vast majority of cases are children aged five and under, and one child has died so far, and 17 children are in critical need of liver transplants.

IS THIS THE TIP OF THE ICEberg?

Around 114 cases have been identified in the UK, but experts speaking to MailOnline explained this could be the ‘tip of the iceberg’ as many symptoms have been missed.

Alan Raine, 27, who lives in Kent, England, managed to make headlines all over the country by donating part of his liver to his daughter, who has hepatitis.

Lola-Rose Raine is just one of nearly 200 children with the same liver disease that has puzzled experts in recent months.

After initially blaming her vomiting on a simple stomach flu, Lola-Rose’s parents witnessed their child’s eyes turning yellow; this symptom is a hallmark of hepatitis.

Hospital scans revealed that the boy’s liver was not functioning normally and he was immediately referred to a specialist unit at Kings College Hospital in London. 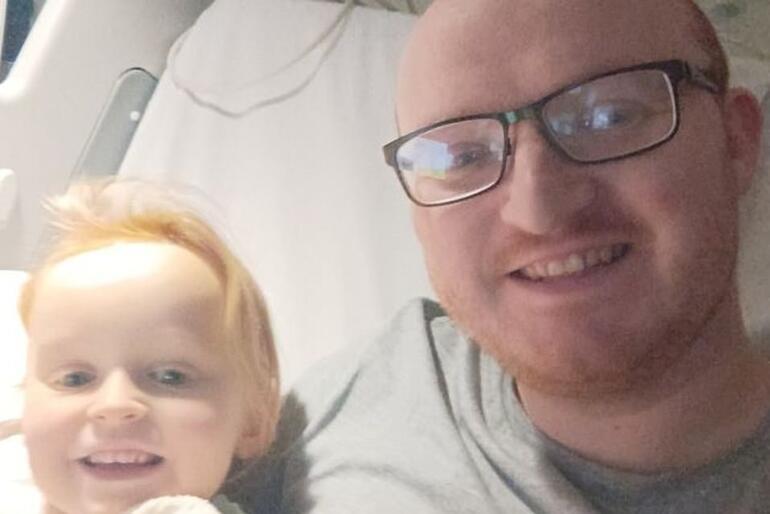 A little girl survived thanks to the sacrifice of her father

DOCTORS SAID IT CAN DIE!

The little girl’s liver suddenly stopped working and doctors had to put Lola-Rose in an artificial coma. Doctors have also warned the family that their child could die within hours unless they find a last-minute transplant.

A ray of hope was born for the family on March 21, when doctors discovered that his hepatitis may have been caused by the adenovirus. The virus was treatable and doctors gave the child special combinations of drugs given intravenously.

Two days later, however, doctors said the situation was still getting worse and said they would take Lola-Rose to intensive care within 48 hours. Lola-Rose fell into a coma that day because her liver was not sending toxic ammonia to her kidneys to filter out of her body. This meant that the toxins were reaching his brain and causing it to swell. 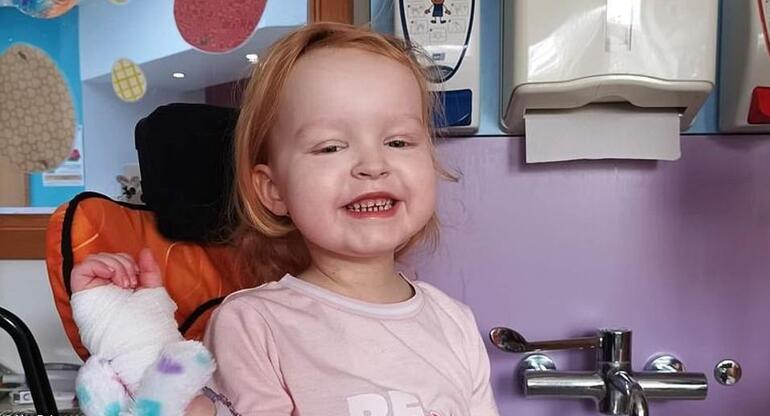 “I have a big scar on my stomach like my father”

HIS FATHER DIDN’T HESITATE FOR A MOMENT

“We were literally watching our baby girl die before our eyes. I immediately took a sample of my liver to see if there was any harmony and waited for the result,” father Alan Raine, 27, told MailOnline. years old, who works as a security guard. .

The heroic father donated part of his liver on March 30 to save his dying daughter, in a seven-hour operation after tests came back positive.

The doctors had told him about the risks. But Alan Raine said: “Choosing between donating his liver or watching his child suffer makes his heart feel ‘torn’.”

Almost a month after the operation, Lola-Rose has made a full recovery and will be discharged from hospital this week.

Lola will use drugs for the rest of her life to keep her body from rejecting the new organ. The little girl still doesn’t understand what she’s going through, but she says, “I have a big scar on my stomach, just like my dad.

Three-quarters of cases in the UK were linked to adenoviruses, which usually cause colds or stomach illnesses. When our immune system cannot fight this virus, the disease turns into hepatitis in a short time.

The UK Health Security Agency said not having been exposed to widespread infections during lockdown and social distancing could have made more children vulnerable to the virus.

UK doctors are warning parents to seek prompt medical attention if their child develops jaundice after the first few months of life.

“However, this applies to any child who develops jaundice after the first few months of life, so this is not new advice. Nothing is scarier than fear itself.” Doctors, who said, also tried to comfort the families due to the spreading panic. This is what the adenovirus looks like, responsible for hepatitis cases that are creating new epidemic fears in the world

In contrast, five known typical strains of the virus, namely hepatitis A, B, C, D and E, were not responsible for any of the cases. The main culprit of this epidemic is considered to be the adenovirus.

This virus was found in 75% of sick children tested. Sixteen percent of cases had Covid.