Transport and Infrastructure Minister Adil Karaismailoğlu attended the “Ağlasun District Road Groundbreaking Ceremony” of the Antalya-Burdur Junction-Taşkapı-Yeşilbaş-Ağlasun Road Project after their visit to the center- town of Burdur. With a project worth 69 million 605 thousand liras, the project will provide more comfortable and safer transportation to settlements in the region, especially Ağlasun district, the cities of Taşkapı, Cine and Yeşilbaşköy, and 2 level intersections, 40 culverts, 6 retaining walls and 3 diversion channels will be built. .

Speaking at the opening of the ceremony, Minister of Transport and Infrastructure Adil Karaismailoğlu drew attention to the fact that over the past twenty years Turkey has achieved significant success in developing in the communications with land, air, rail and sea lines. Minister Karaismailoğlu said that during the governments led by President Recep Tayyip Erdoğan, they increased the length of the divided highway by 4.5 times to 28,000,650 kilometers and said: “We overcame steep rocks and valleys depths of our country with tunnels and viaducts. .

We took our 50 kilometer tunnels and multiplied it by 13 to 651 kilometres. We have extended our bridges and viaducts to 729 kilometres. We built our country’s half-century dream high-speed rail lines. We have raised our country to the rank of 6th in Europe, 8th in the world, as a High Speed ​​Train Operator country. We have made airlines the “way of the people”. We have increased our airports from 26 to 57. We will increase this number to 61.

We fly to 337 destinations in 129 countries around the world. With 26 million 500 thousand passengers in 2021, our Istanbul airport has become the second in the world. We also have our say on Mavi Vatan. We have accelerated our space satellite studies with the principle that the power of one who has no trace in space cannot be riveted to earth.

We have successfully launched the Türksat 5A and Türksat 5B communication satellites into space. We have become one of the rare countries to send 2 satellites in the same year. We will send Türksat 6A, our domestic and national communications satellite, into space on the occasion of the 100th anniversary of our Republic.

“We increased our broadband subscriber base from 20,000 to 88 million”

Turkey’s 58th airport opens on May 14

Recalling the projects carried out in the last month alone, Karaismailoğlu continued his remarks as follows:
“We quickly completed the 1915 Çanakkale Bridge, one of the proud projects of Turkish engineering and the longest suspension bridge in the world, in a short period of 4 years; presented to our nation. Right after that, we reunited Tokat with the airport. 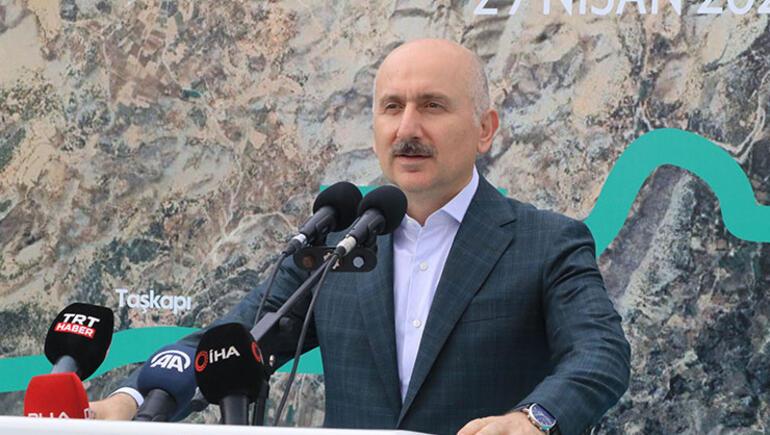 A week after that, we opened the Malatya Ring Road, which serves the transit route of 16 provinces; We moved the transit route out of town. With Fasalis Tunnel in Antalya, we have shortened the distance between Antalya and Kemer by 4 km. We have provided safe and comfortable travel for our citizens. Tomorrow we are in Kırklareli. We will open Pınarhisar and Çakıllı ring road.

May 14, a new indicator of our success in engineering; We are going to open the Rize-Artvin airport, which is the 5th airport in the world and the second in our country built at sea. Thus, we will have brought the 58th airport to our country.

“We have also brought to Burdur the investments in communication and communication in development in the world and in our country”
Speaking about the services provided to Burdur, Karaismailoğlu said, “Burdur will continue to receive its deserved share of transport and communication investments in our province. Our divided roads and highways, which we have put into operation under our governments, contribute seriously to the development of production, employment, commerce, art and culture in the regions where they are built.

The surplus values ​​of raw material and labor, of production and trade pass through the paths we always follow. As the Ministry of Transport and Infrastructure, we left the sterile daily discussions and focused all our attention, knowledge and efforts on the development of our country. To date, we have spent almost 4.5 billion lira on Burdur’s investments in transport and communications.

During our governments, we put into operation 24 bridges with a total length of 1,202 meters in Burdur. The total project cost of the 7 ongoing road investments in the province is almost 2 billion lira. Our services are not limited to highways; We have brought to Burdur the development investments in communication and communication in the world and in our country,” he said. 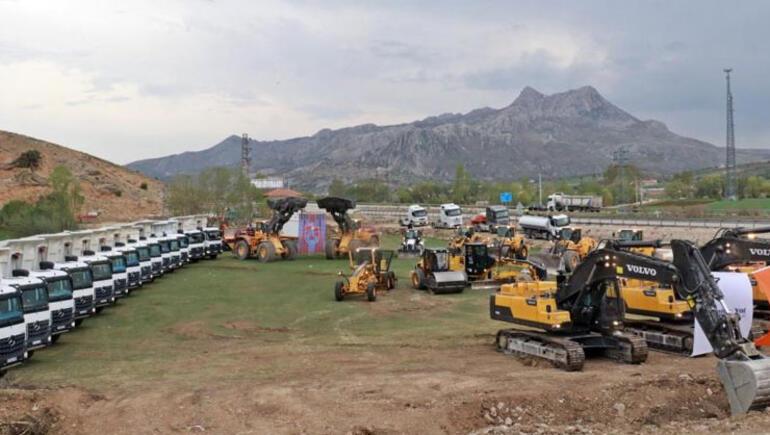 Stressing that the ceremony, the foundations of which were laid today, has an important place in road transport between Burdur districts, Karaismailoğlu said: “We will renew the Antalya-Burdur junction, Taşkapı-Yeşilbağ-Ağlasun Road, which has a total length of 19 kilometers with a superficial coating, with hot coated bitumen. With the project worth 69 million 605 thousand liras, we will provide more comfortable and safe transportation to settlements in the region, especially Ağlasun district, Taşkapı, Cine and Yeşilbaşköy towns.

Within the project; We will fabricate 2 at-grade intersections, 40 culverts, 6 retaining walls and 3 diversion channels. With the new road project, we will take the current road passing through the villages of Cine and Taşkapı outside the settlements. We will offer road users on this line the possibility of traveling more comfortably and in less time.