A large-scale explosion took place around 1 p.m. in a varnish factory located on the Varnikçiler industrial site in Tuzla. The sound of the explosion was also heard in different neighborhoods of the Anatolian side. After the explosion, the factory started to catch fire. Many firefighters were dispatched to the scene.

THE MOMENT OF EXPLOSION IS ON CAMERA

The moment of the explosion at the factory was recorded second by second by the citizen’s cell phone camera. In the footage, it is seen that there was an explosion as the factory was burning and some parts were scattered due to the explosion. It is specified that after the explosion, the fire spread to the wooded area. On the other hand, the firefighters who intervened in the fire and who were affected by the thick smoke were transported to hospital by ambulances in the area.

There was heavy damage to vehicles in front of the factory and surrounding factories. Firefighters are trying to intervene in the factory fire, where explosions also occur from time to time.

6 JUMPED AT THE WORKPLACE

Explosion sounds were also heard from time to time during suppression efforts. Following the explosions, it was recorded that the pieces of fire spread to 6 other nearby workplaces.

In the statement made by Istanbul Governor’s office regarding the explosion at the Tuzla plant, it is stated that the worker lost his life and 9 workers were injured. The statement continued, “Today at 1:15 p.m., a fire broke out at a factory of the Paint and Varnish Cooperative, where the production of chemicals is carried out on Ortamahalle Atayolu Street in the district of Tuzla, for an unknown reason. Firefighters, ambulance, security and AFAD teams were immediately dispatched to the scene, and following the intervention, the fire broke out. It was brought under control, the works cooling continues. In addition, the fire spread to the grassy area of ​​the neighboring region. was extinguished by the teams of the Regional Forestry Department Our (9) worker, slightly injured in the fire, was intervened by the medical teams, (TA), (M.Ö) and (TT) pity for our workers who lost their lives in the fire, patience and condolences to their bereaved families, and speedy recovery to our injured workers.” statements have been included.

THE INVESTIGATION HAS STARTED

Anatolia’s Attorney General’s Office, which opened an investigation into the fires and explosions, said: “An investigation has been opened by our Attorney General’s Office regarding the explosion that occurred in the industrial area of Tuzla Orhanlı, our prosecutor has been sent to the scene, and death examination procedures will be carried out for 3 deceased persons.” makes the statement.

In addition, the Ministry of Labor and Social Security has appointed an inspector to investigate a factory fire in Tuzla, Istanbul.

The fire started in the 3-storey paint factory in Tuzla and a very loud explosion sound was heard. Immediately, smoke began to rise into the sky. We can say that dark clouds cover the sky. At this point, we were informed that the explosion had happened more than once, from time to time. As we made our way to the scene, we saw the flames spreading to surrounding trees. The crews continue to intervene. The fire can be said to be under control, but as this is a paint factory, precautions are being taken against the possibility of an explosion.

“A TEAM OF FAKE FIREFIGHTERS HAS BEEN TRANSPORTED TO HOSPITAL”

We can also say that there are firefighters affected by the smoke. It is not known what caused the fire. When we talk to employees here, they say they heard an explosion like a bomb. Those working in surrounding factories were also taken to safe areas. The police teams do not allow anyone out. Until a few minutes ago, we could see very dense smoke covering the sky. Nearly 10 fire engines came, but they keep coming. Ambulances were also dispatched to the firefighters affected by the fumes. The fire crew was also taken to hospital. The factory continues to burn.

TEACHER. DR. SEN: WEAR A MASK MANDATORY, STAY AWAY FROM THE AREA

This is no ordinary smoke, but dangerous smoke from the chemical. This smoke should not be inhaled, it can cause serious health problems when inhaled. It is necessary to wear a mask, such as the N-95. This could cause acid rain. If the smoke rose towards the cloud, acid rain could also occur. It contains chemicals. In other words, if a house burns, carbon dioxide is released, but that fire contains chemicals. The chemicals it contains differ from other vapors. That’s why people in this neighborhood should wear masks. They must be removed from there.

Pictures of the scene: 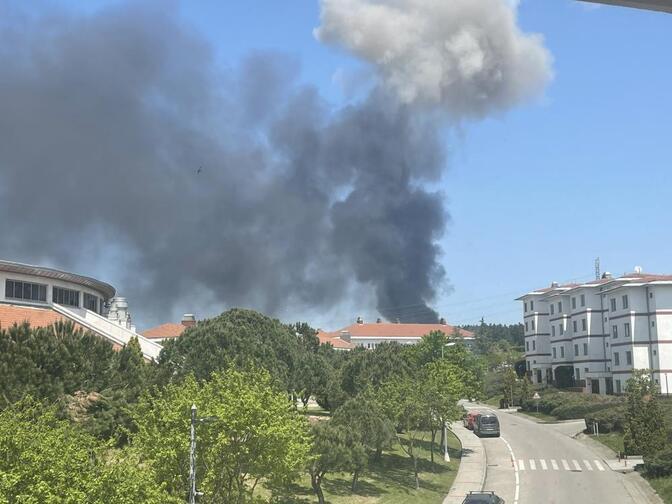 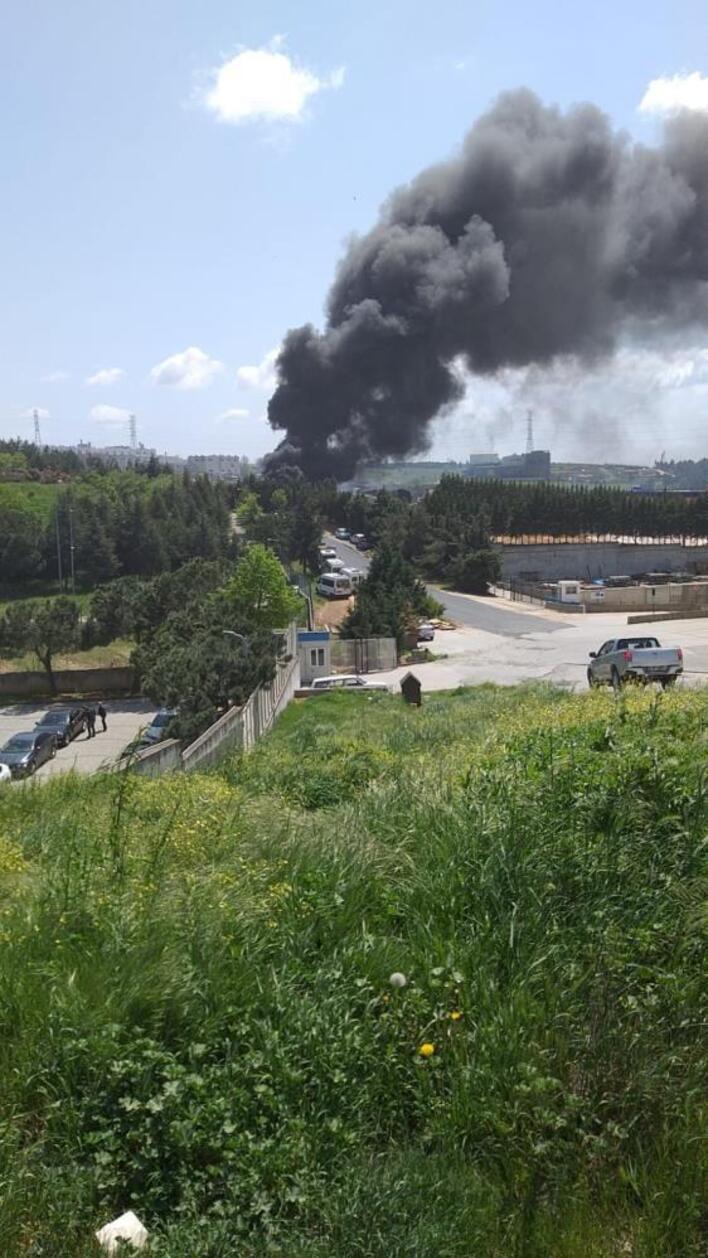 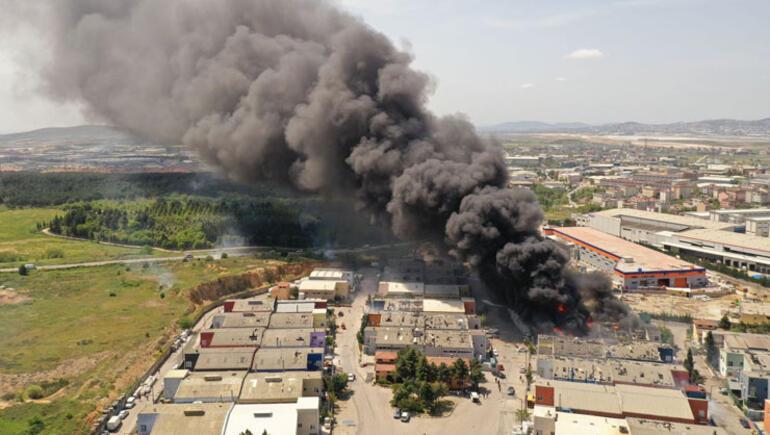 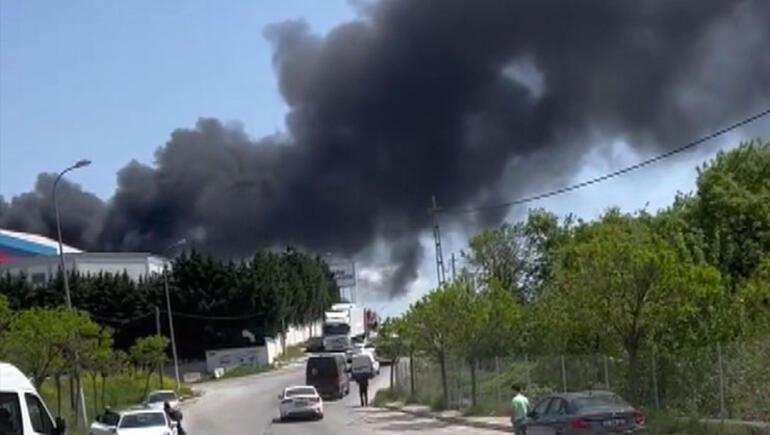 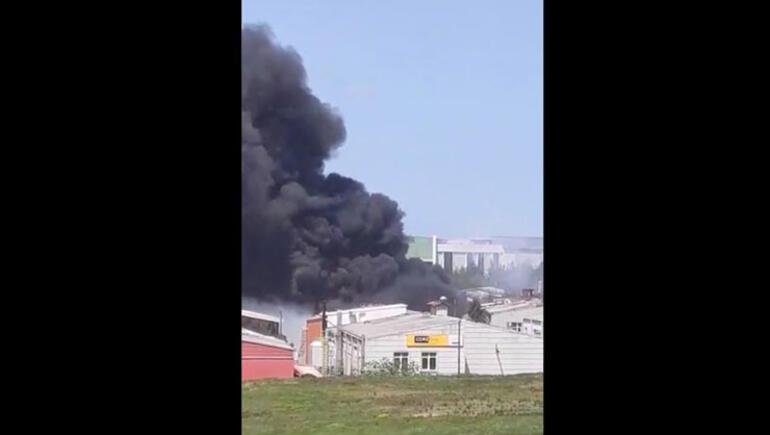 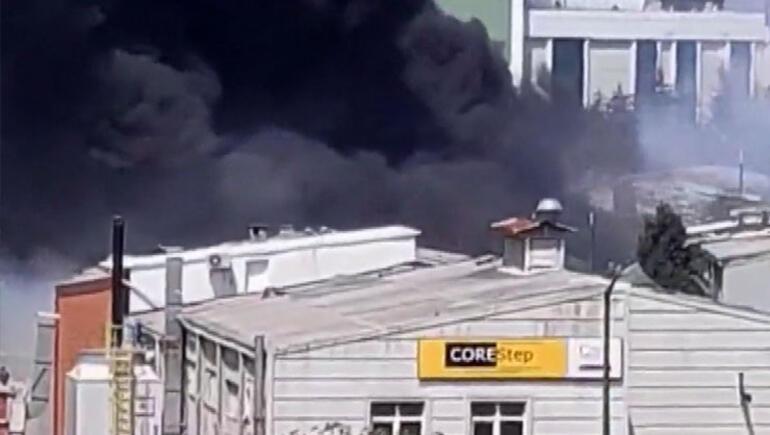 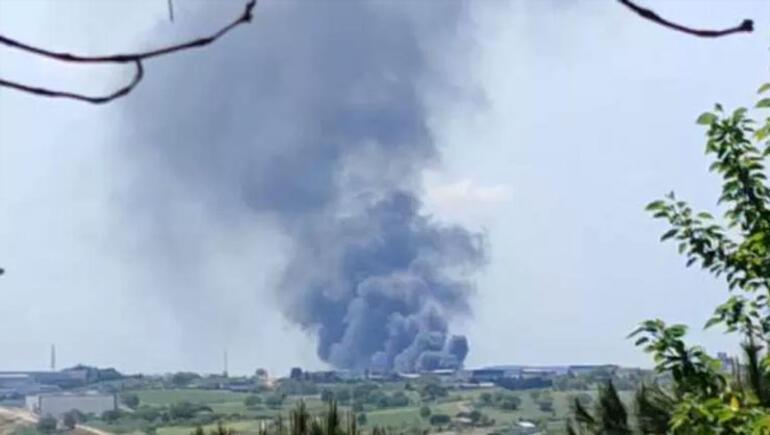