CITIZENS and housing companies also have prizes on their agenda. Companies say they have faced a price increase of 300-400% over the past 2 years for major components of construction costs, which will affect new residences. On the side of citizens, the problem of not being able to find accommodation is growing. Apart from social housing, people with low and middle incomes have almost no chance of owning a house in housing projects implemented by the private sector. Research conducted specifically for Hürriyet by ‘TSKB Gayrimenkul Değerleme’, which was established in 2002 and was included in the list of ‘Property Appraisal Companies’ by the Capital Market Board in 2003, reveals this situation.

THE PROBLEM OF UNCERTAINTY

Assessing the cost increase, TSKB Real Estate Valuation General Manager Makbule Yönel Maya said, “The average cost of housing construction over the past two years has increased from TL 2,500/m2 to 5 000TL/m2. In the case of quality construction and branded housing projects, this figure also increases by almost 50%. On the other hand, how high the construction cost will go remains an uncertain and unpredictable question. Issues such as supply chain, raw materials, logistics, transportation have all resulted in a surplus on the construction cost side, as in many other sectors.

THE EARTH ALSO HAS AN EFFECT

Saying, “Another problem is the difficulty of obtaining land, especially in city centers,” Maya said, “Land value is again a factor that increases the sale value per square meter of housing . We see that there are more construction activities where it is easier to find land. In urban centres, the development of new buildings takes place mainly within the framework of urban transformation. With the increasing cost effect in this area, the sharing rates had to change in favor of the contracting company,” he said. Recalling that from June 2021, investing in housing has again become an important alternative in order to protect the market value of money against inflation, Maya said: “Given the fact that our demographic characteristics are also very dynamic, the increase in housing prices has become one of the most important topics of the last period. Another topic that should not be forgotten at this point is that the pandemic is having a positive effect on the housing sector and is impacting the liveliness of demand.

Valuation expert Maya continued, “When we do a simulation considering it as a project feasibility, we can now say that the price of salable housing has reached at least 14,000 TL/m2 in an area where the value of unit sale of residential land is 6 thousand TL/m2 in Istanbul. Similarly, for a place in a more central location with a sale value of the land of 20,000 TL/m2, the sale price of the house will have to be at least 40,000 TL/m2. In addition, this value will have to increase further at more central points. On the other hand, according to representatives of the sector, the rise in housing prices will continue due to the cost.

As the prices of NEW housing increase, this is reflected in the second hand. The fact that the supply is low and the demand is lively also affects the increase. The fact that those who don’t have enough budget for new items are turning to second-hand also fuels this market. So much so that today, 70% of home sales across the country are second hand. Stating that the prices of new houses are decisive for the second-hand market, Hakan Akdoğan, President of the Association of All Corporate Real Estate Consultants (TÜGEM), said: “While determining the value of the house at sell, the citizen, of course, looks at the new house. There is no problem with that. But the important thing is to make the right comparison. For example, your house is 30 years old, a new house has been built next door and it costs 5 million lira. So you can’t say 4 million in my house,” he said.

PANIC BUYING IS MADE

Assessing the second-hand market, the chairman of real estate consultancy firm Coldwell Banker Turkey, Gökhan Taş, pointed out that there was panic buying and selling. Taş described the events as follows: “The majority of those who sell their house sell it to buy another one. Since the price of the house he is buying keeps going up, he is constantly revising the sale price upwards. In this period, citizens who want to protect their money against inflation have an interest in real estate. He also sees the price going up and says, “Let me buy it at this price, which will go up even more.” He pays 5 million lira for a 3.5 million lira house and buys it. After this point, the value of the house in this area increases to 5 million. Stating that the biggest problem in housing is the lack of supply, and that this situation leads to an increase in sale and rental prices, Gökhan Taş added that it is necessary to take measures to encourage production. 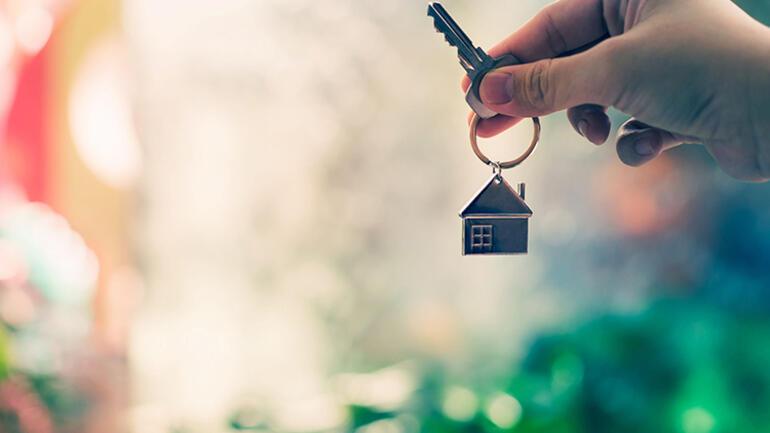 “There are demands on its price”

SECTOR representatives explain another reason for price increases in the second hand with the following words: “Non-corporate real estate offices can sometimes promise sales with figures above the market. It works for the property owner. Although it is difficult to sell at the determined high price, real estate agents can take this route to add a new product to their portfolio. If the supply is low in the area where said house is sold, the buyer may be convinced by the astronomical figures sought. On the other hand, an unrealistic price request may come from the landlord and not the real estate agent. The owner, who sees prices rising in the area, may demand more than the price saying “my house shouldn’t be cheap”. This destabilizes the real estate market.