The government says it has recently followed an export-based model of the economy. The depreciation of the Turkish lira against foreign currencies is presented as a strategic move under this model. He asserts that the depreciation of the lira will reduce imports, provide a benefit to exporters, pave the way for foreign exchange inflows into the country’s economy, and that the economic model focused on production and export can be maintained. The low interest rate policy is also legitimized in this context.

From the second half of 2018, the cost of the exchange rate shock made imports more difficult on the one hand, and made it easier for exporters on the other. As the recession continued in the markets with the effect of the pandemic, the demand for imports continued to decline and the current account deficit narrowed until 2022. However, it should be pointed out that the current account deficit current has not closed in any quarter and that after the 2019 crisis, it again exceeded the limit of 10 billion dollars.

Analyzing the figures for the first three months of 2022, it appears that the foreign trade balances could not withstand the exchange rate shock in 2021. According to quarterly data (3 months), the current account deficit in Turkey broke the record of the last 8 years in the first three months of 2022. In the period January-February-March, the difference between imports and exports amounted to $26.4 billion. This figure is the highest level of current account deficit measured since January 2014.

Turkey is a country that cannot make a breakthrough in terms of manpower and production quality. Since governments have preferred electoral economics, they have failed in long-term structural reforms in areas such as law, education, technology, agriculture, finance, and finance. Turkey is paying the price for this approach with import dependency and inefficient production. In this vicious circle, a permanent increase in well-being cannot be achieved in Turkey.

The share of high-tech products in a country’s exports is an important criterion that shows the well-being and governance capacity of that country and reflects the production of these factors. Moreover, it is a factor that increases the efficiency of foreign trade and can increase the current account deficit. 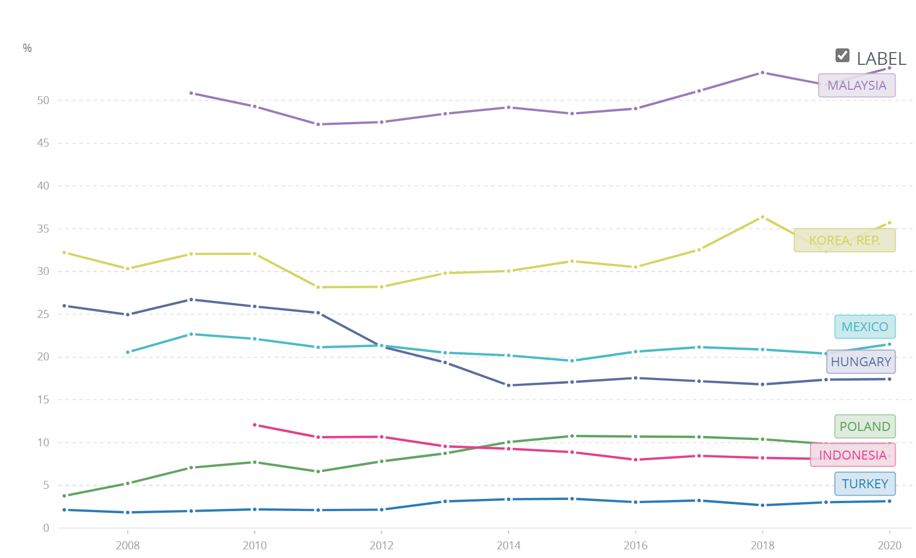 When comparing Turkey with countries at similar levels in the 2000s, such as Malaysia, Korea, Mexico, Hungary, Poland and Indonesia, we see that the share of high-tech based exports remains at a very low level of 3% compared to other countries. Turkey has a long way to go to overcome the current account deficit problem and transform itself into a country capable of value-added production. 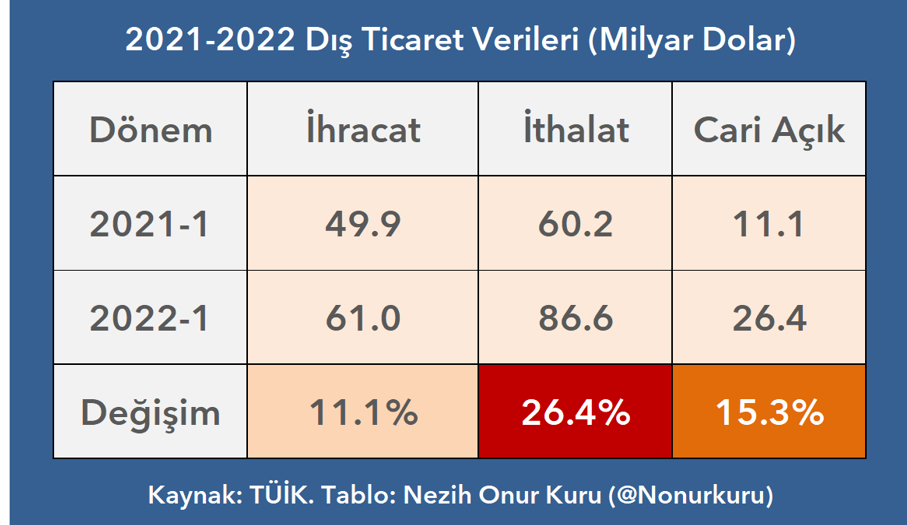