Carlo Ancelotti, who made history as the first manager to win the championship in 5 major leagues, continues to make Champions League history. With Manchester City’s victory, the Real Madrid manager has risen to the top of the list of managers who have seen the most Giants League finals. Ancelotti, who has reached the final 5 times, is followed by Klopp, Sir Alex Ferguson and Lippi with 4 finals.

Carlo Ancelotti, one of the most successful coaches in football history; He won the league with Milan in Italy, Chelsea in England, PSG in France, Bayern Munich in Germany and Real Madrid in Spain.

“REAL MADRID HAS A MAGIC”

Carlo Ancelotti, as he appeared to members of the press after last night’s miracle, said he had not been despairing for a moment against City. The Italian coach assessed the fight with the words: “The situation we experienced against Manchester City also happened in the PSG and Chelsea games. If you ask how it happened, that’s the history of this club that helped us not to give up when it looked like we were eliminated. Real Madrid has a magic that no other club has.”

Regarding the withdrawal of Italian coach Modric and Benzema, “Modric didn’t have a problem. I wanted to play with more vigorous players. Sometimes you need more energy.” used the sentences.

Ancelotti, who came to Istanbul with his wife to negotiate with Fenerbahçe and visited the facilities of Dereağzı, made the yellow-dark blue management accept all the conditions when meeting with Aziz Yıldırım, but the signing did not could be signed. 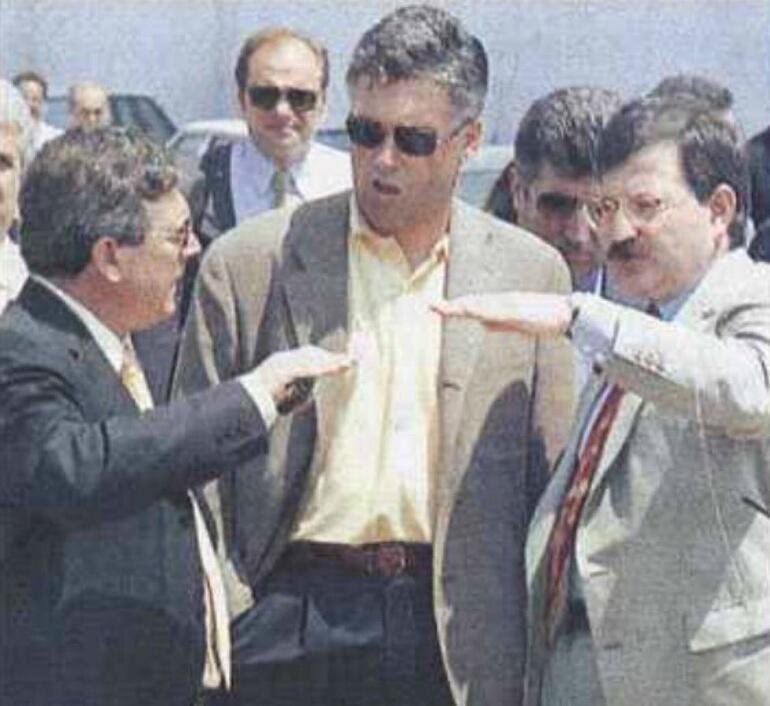 Although the dark yellow-blue team, which parted ways with Otto Baric at the time, brought Ancelotti to Istanbul, this union did not happen after the famous technical man gave up at the last moment.

Carlo Ancelotti described the offer he received from Fenerbahçe in an interview he gave to the Spanish press years later:

“I flew to Istanbul on a private plane and thousands of fans welcomed me. I was making $550,000 in Parma and they offered me $3 million for three years. I made up various excuses not to sign, but they seemed ready to accept everything. The truth is that Istanbul, Luciano Moggi (the general manager of Juventus at the time) called me before I went to Istanbul and said: “Call me before I sign anything.” He said, “We want you here.” After I finished the meeting in Istanbul and back in Italy, I called Moggi. It was like a spy movie “I followed them in my car to the front of Antonio Giraudo’s house. Then I got in their car. Moggi was with Bettega. He asked me: ‘Do you want to lead Juventus? ‘ They asked. I said, “You work with Lippi.” They replied, “He’s not happy here, we also want to work with you.” And I said “sure”, Moggi took a piece of paper out of his pocket. , it was written on a sheet of white paper. It was a 23-point contract. That’s when I signed the contract with Juventus for the first time. After signing with Juventus, I needed to give Fenerbahçe an answer, but I couldn’t. I acted like a cowardly chicken and my wife told them that I couldn’t be the boss of Fenerbahce. That’s why it was always a big problem. I was ashamed.

Fenerbahce, which received a negative response from Ancelotti, then agreed with Joachim Löw. Fenerbahçe ended the season in third place under the German coach, and in the process, a crossroads was made with Löw.

TAHIR KARAPINAR: ARDA GULER WILL BE IN THE WORLD

Fenerbahçe Football Academy coordinator Tahir Karapınar answered Uğur Yapıcı’s questions on the Sports Arena YouTube channel. The goal of the academy, the players coming out of the infrastructure, the future of Arda Güler, President Ali Koç’s vision on the infrastructure, his relationship with İsmail Kartal and more are all in our video.

We are waiting for your comments, good viewing.