TURKSTAT announced that annual consumer inflation was 70%. Producer inflation is 121% Consumer prices will continue to accelerate in the coming months due to the terrible cost increases in producer prices. 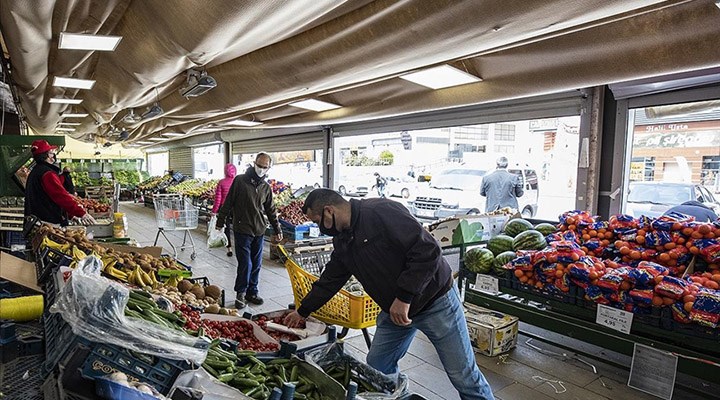 In April, consumer inflation (CPI) increased from 7.25% to 69.97%. Producer inflation (PPI), on the other hand, reached 121.82% with a jump of 7.67%. There is a difference of 52.2% between the PPI and the CPI. This means that consumer prices will continue to accelerate in the coming months due to, among other things, the sharp increase in producer price costs. The most frightening aspect of the matter is that the administration of the economy has no plan and policy to reduce inflation, and there is no official projection with more or less credibility that will contribute to the future of the players in the economy. For example, the inflation report released last week predicted an inflation rate of 42.8% for the end of the year 2022. However, inflation in the first 4 months of the year reached 31.71%. In other words, the realization of this forecast is only possible if monthly inflation reaches 1% over the next 8 months. The fact that inflation, which has increased by 7.67% per month, has suddenly fallen to 1%, is no different from a car driving 200 kilometers away, suddenly braking and tumbling.

The base effect rhetoric is also a hoax. Inflation of 70% has already broken a 20-year record. Unfortunately, the trend is 100%. Even if inflation slows down a bit over the next 6 months and decreases to 5% per month, it will reach 100% by the end of October. Because in 2021 there was a relatively stable inflation picture until the last 2 months. For example, over the period May-September 2021, inflation increased by an average of 1.4% per month and 7% in 5 months. However, one-month inflation is now above this rate.

It is a basic effect word in the parlance of Treasury and Finance Minister Nureddin Nebati and AKP spokespersons. Everything they trust; 13.58% registered in December 2021 will be deactivated and replaced by December 2022. At this increasing rate, this is no longer valid. Let’s say inflation was 100% at the end of November. Even if monthly inflation in December 2022 hits 5%, inflation will only go down to 92%, which doesn’t make much sense.

Rents are normally based on the average inflation over twelve months. This indicator was announced at 34.45% for April 2022. This seems to be a relatively reasonable rate. Because inflation has accelerated in recent months, the average is still not that high. There are no signs of lower inflation on the horizon. Even if we think, for a moment, that the management of the economy has intervened and inflation has started to fall, the average will rise in the period ahead for mathematical reasons; Tenants fear having to face price increases of more than 70%.

Food inflation has reached 90%. When looking at inflation rates by expense group, it is remarkable that food reached 89.10% annually with a monthly jump of 13.38%. In transport, the rate is 5.12% per month and 105.86% per year. As for housing, it increased by 7.43% per month and 61.14% per year. The weight of these three elements in the CPI basket exceeds 56%. This rate increases in lower income groups, reaching 70%. In other words, our low-income citizens are trying to boil their pot in a last ditch effort, they have to pay their rent, and they inevitably bear the cost of public transit to get to work. In the end, the consumption model gets stuck in three expenditure items. Naturally, he has no more money to spend on culture, art, education, health and even clothing.

Based on this logic, it can be predicted that price increases will be more limited in the aforementioned expense groups due to insufficient demand. In fact, the April inflation data confirms this approach. Price increases are observed in clothing and footwear by 26.2%, in education by 27.7%, in health by 36%, in entertainment and culture by 42.3%, while below the global inflation rate of 70%. It can be expected that this gap will widen in the coming months and that the economic recession will take over the service-oriented sectors.

A very familiar rhetoric we heard from AKP MPs was “we will drill for onions if necessary”. However, bad news came from the onion front; dried onions increased by 69.3% in a single month. We fear that at this rate, the nation will become unable even to eat onions. You can’t buy meat or fish anyway. Suppose you decide to make a potato salad with onions. And you saw that in April, when curly greens increased by 45%, tomatoes by 42% and potatoes by 41.1%, the cost of this innocent pleasure had already reached 50%.

CONDITION FOR INCREASE IN MINIMUM WAGE

As is known, the minimum wage was increased by 50% at the beginning of 2022. If this trend continues, all gains will be wiped out in the first 6 months, and the purchasing power of employees will decline rapidly. For this reason, it has become mandatory to make adjustments to the minimum wage and wages in the public and private sectors.

Particularly steep increases in food prices, not to mention poverty, increase the risk of famine in the coming months. It is necessary to popularize the demand that all salaries be indexed to inflation first hand.

While official inflation is 70%, the Central Bank continues to transfer rents to banks at an interest rate of 14%. Nureddin Nebati smiles and announces the good news that he will distribute 150 billion liras in capital with 9% interest. Meanwhile, employers’ representatives are calling for inflation accounting, while workers are expected to raise their voices for the goal of adjusting tax brackets deducted from wages as inflation rises. The US Federal Reserve raised interest rates by 50 basis points this week. He gave the message that he will raise interest rates even more in the coming months. Global conditions are becoming increasingly difficult for heavily indebted countries like Turkey. The worst economic administration in the history of the Republic, on the other hand, drags the economy into disaster without producing any measure against inflation and without taking into account the evolution of the world.