In the separation announced by Hürriyet a few days ago, the first round took place in Galatasaray. President Burak Elmas, who has decided to part ways with Domenec Torrent without waiting for the end of the season, met the Spanish coach and manager yesterday. With the special clause in the contract of the Spanish coach, who has a contract with the yellow and red club for 1 more year, the separation will be done quickly.

SPECIFIC ARTICLE IN THE AGREEMENT

It turned out that the management of Galatasaray, who signed a one and a half year contract with torrent, added a special clause to the Spanish coach’s contract, taking into account the possibility of failure. It has been stated that the club has the right to pay Torrent’s compensation amount in equal installments until the end of the contract period, like monthly salary payment, in case of separation. During yesterday’s meeting, President Burak Elmas used this article in favor of Galatasaray.

Torrent, who is entitled to 1.5 million euros for the next season, was offered half of this amount, 750 thousand euros. It was specified that this amount would be paid in 10 equal installments, in accordance with the article of the contract. In short, Galatasaray offered to bid farewell to Torrent with monthly payments of 75,000 euros. It was said that Torrent’s four-man squad also had a €660,000 contract for next season, and they were offered half that amount.

Galatasaray club president Burak Elmas will openly tell Domenec Torrent, whom he thanked for his contributions, during the summit that they will not continue on the road, and will meet the Spanish coach, his manager and his team and will respond to this offer. . If the torrent returns positively to the Galatasaray Club compensation offer of 750 thousand euros in 10 installments, the roads will separate without wasting time. In the last three games, the coach of the U19 team and former captain of the yellow-reds, Hakan Balta, will be in charge of technique. 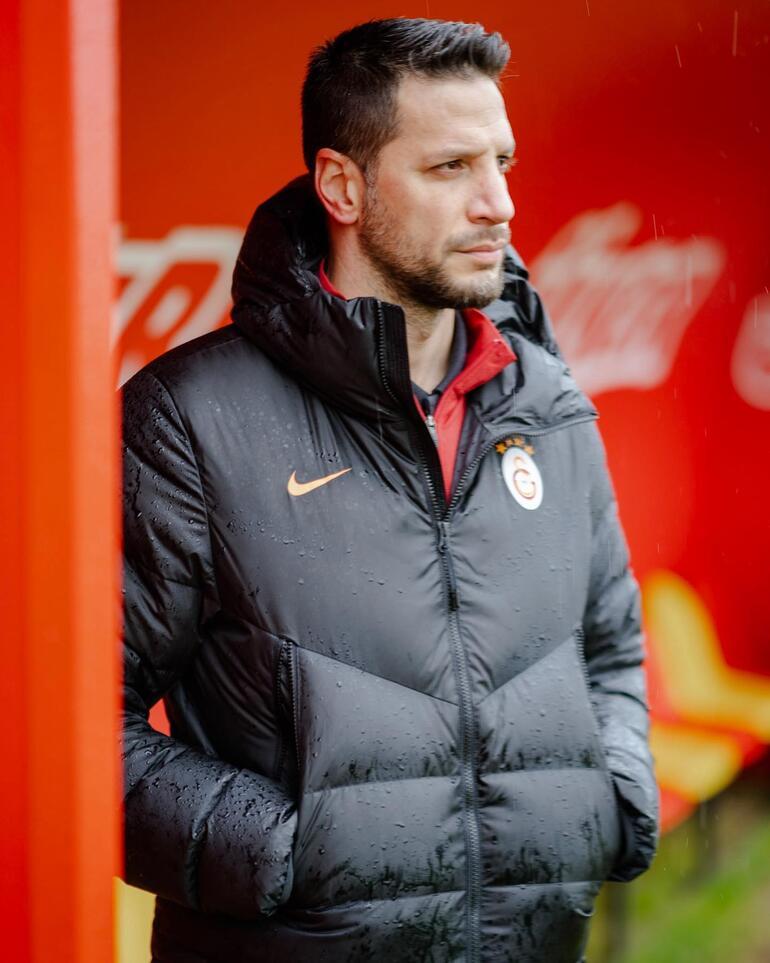 WHAT DID DOMENEC TORRENT SAY?

Galatasaray coach Domenec Torrent made statements which marked the agenda of the press conference held after the defeat of Demir Grup Sivasspor. When asked if the target of his remarks was Fatih Terim or the management in yellow and red, the experienced coach stunned everyone with his answer and what he said, saying: “I don’t never experienced what I experienced at Galatasaray in any club.”

“There were no analysts when I came”

There were no analysts when I arrived, the papers were scattered. We have tried to find competitor information ourselves. There were no computers or programs. We brought 2 analysts from the academy. We had to talk to players and friends. After our arrival, we had 3 matches in 9 days. During this time, we also had to buy special programs for the computers. There are players who have lost 5, 6 kilos. You know how the team was in decline in the first 3 games. I tell the facts and what happened, with data. We can lose right now, but we are physically recovered. Over the past 11 years, I have been fortunate to work with good teams. Here we are doing the same as we did with them. We’ve shown them all here in terms of physics and tactics. The little details are the things we find. It’s important because it all fell on us. I’m not used to this sort of thing. They say everything changes in a day in Turkey. Our minds do not understand this. That’s why I’m not tired of being here. It is an honor for me to be at Galatasaray. I’m talking about the sporting director who didn’t know what to do for 30 days. We try to draw strength every day. We encountered this situation during a plane crash. We tried to lift the nose of the plane. I think we more or less succeeded. One day I want to tell you how we found the club in a really neat and detailed way. Every day, all the players and we make an incredible effort to isolate ourselves from the situation in which the club finds itself. Believe me, it’s not really easy. It’s hard to get everyone on their feet and trying to keep their spirits up. Everything stopped. We had many plans for next season, like what can be transferred and which player can be hired, but we cannot move forward with them. We are not Turks, but we are no better than anyone. We are really not used to this kind of work. It is difficult for us to unite both employees and players. The players make incredible efforts every day, but they are not sure of anything for the future. There are a lot of uncertainties about whether the president will change or the coach will change.

Is he considering resigning?

I have a contract. I don’t know what you think about honoring the contract, but that’s not normal for me. It is also a difficult situation for a good person who does his job. We had in mind very good players from Turkish leagues that some people don’t know. But we are too late now. They have now started dealing with other places. I’m tired of the situation, not being in Galatasaray. Me, my collaborators, my technical team, everyone tries to give their all on a daily basis. Things are not going normally. It’s not something in my hands. I don’t know how the new president would like to continue. I can not do anything. They can consider another project. They have the right to think of everything. Me and my team are definitely very happy to be in this club. We want to continue throughout our contract. Despite the complicated situation in this way, but of course it is necessary to talk to new people. On the first day of our arrival, the analysts were absent. Papers were scattered. The area was empty. We tried to find information about competitors ourselves, there are no computers, no programs. We had to bring in two analysts from the academy. We had to talk to these friends. We had 3 games in 9 days. During this time we also needed to get some programs and we started working. There are players who have lost 5-6 kilos. You know how the team was in decline in the first 3 games. I am just saying the truth. We can lose right now, but at least we’re back physically. Also, I had the opportunity to work in very good teams over the last 11 years, we do the same work that we did there. It’s the little details. But it’s important because everything fell on us. I’m not used to this sort of thing, and no Europeans either. They say that everything can change in a day in Turkey. Our minds do not understand this. That’s why I’m not tired to be here, it’s an honor for me to be in Galatasaray, but luckily I don’t watch social media, but people don’t know what the truth is. I’m talking about the sporting director who didn’t know what to do for 30 days. Every day we try to extract a force. For this team to keep fighting until the last moment. We represent a historic club like Galatasaray. 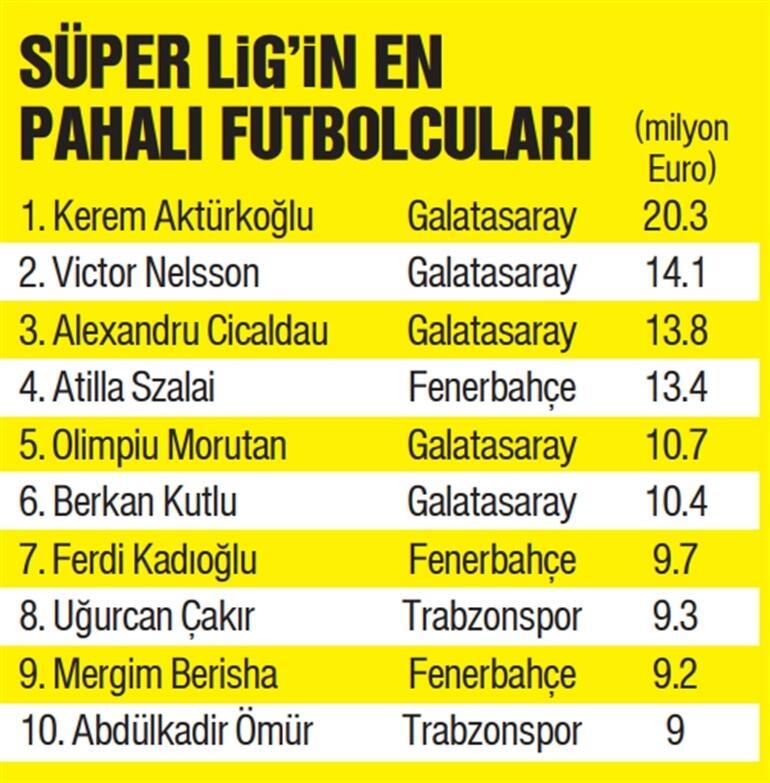 5 OF THE “10 MOST EXPENSIVE” ARE IN GALATASARAY

The International Center for Sports Studies (CiES) has released the list of the most expensive football players in the Super League. Galatasaray footballers, who had one of the most failed seasons in their history, took their place in the top 3 of the list. Morutan €10.7m Kerem Aktürkoğlu took first place with €20.3m, Victor Nelsson was second with €14.1m and Cicaldau was third with €13.8m euros. Morutan (10.7 million euros) is in fifth place and Berkan Kutlu (10.4 million euros) in sixth place.