Engin Turan, one of the board members, who spoke at the Fenerbahçe club’s top board meeting, was interrupted and expelled from the hall for insulting the former president of the board of directors, Vefa Küçük.

The dark blue-yellow club’s high council meeting, held at Faruk Ilgaz’s facility in Kalamış, witnessed a debate. Engin Turan, one of the high council members, said a few words about former council chairman Vefa Küçük during his speech, which caused a reaction among the audience.

In his speech which provoked reactions, Engin Turan said that when Vefa Küçük was a candidate in the 1998 elections, he did not vote for Aziz Yıldırım, even though he was a friend and partner of his beloved uncle, and said:

“I didn’t know who to vote for among the three candidates who stood in the last high council election. Except for Vefa Küçük, of course. I was very happy when Uğur Bey became a candidate and I voted for him. , I commemorate with mercy the esteemed Ferruh Manav. Vefa Küçük, I also firmly reject the demands he made of him in the higher council. Because he did not make him speak. And I am surprised at the mood in which he is sitting here. Despite the heavy insults he (Uğur Dündar) has said to you.”

Turan, who received a reaction from the members on those words, said: “No, I’m going to talk, you can take him to court, the gentleman, he didn’t even wish thanks to Ferruh Manav, he said. he says to the girl who spoke here.” 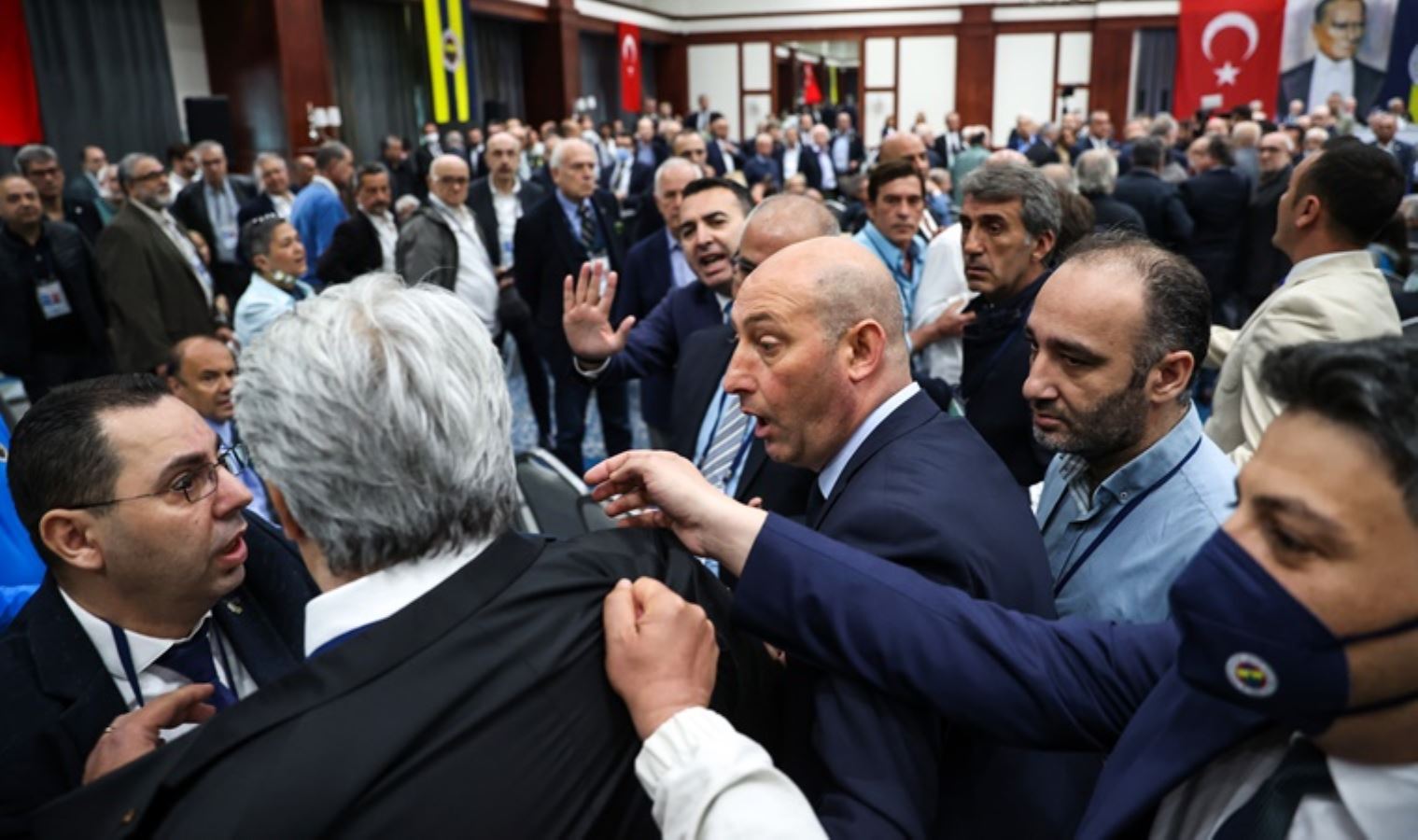 Uğur Dündar, who intervened, said: “I am very sorry, I will have to cut it here. All kinds of criticism can be done with a certain measure of manners and courtesy, but respecting ethical values ​​and a precious president of the high council which has long served this club, here, in front of the bleachers and the cameras. “I will never allow anyone to be insulted,” he said.

As for Dundar, “Fenerbahce Club is not the place for bullies.” Responding to Turan’s cries, Dündar said, “We turned off the microphone. I stop talking.” Then he walked over to Turan and asked him to come down from the podium. Fenerbahçe Club president Ali Koç, who stepped onto the podium after the reaction grew, asked Engin Turan to step down from the podium.

After the reactions, there was a clash between Engin Turan, who was cut off from the podium and removed from the room, and some members. Turan, who was walking, was taken to the terrace by the security guards.

Speaking again after the brawl, Uğur Dündar said: “Some hurtful words can be spoken during the election process. We said it clearly, we assessed it between us. There is no problem. Once again, I would like to express my thanks to Mr. Vefa Küçük for all his services to this club. We will be one, friends,” he said. 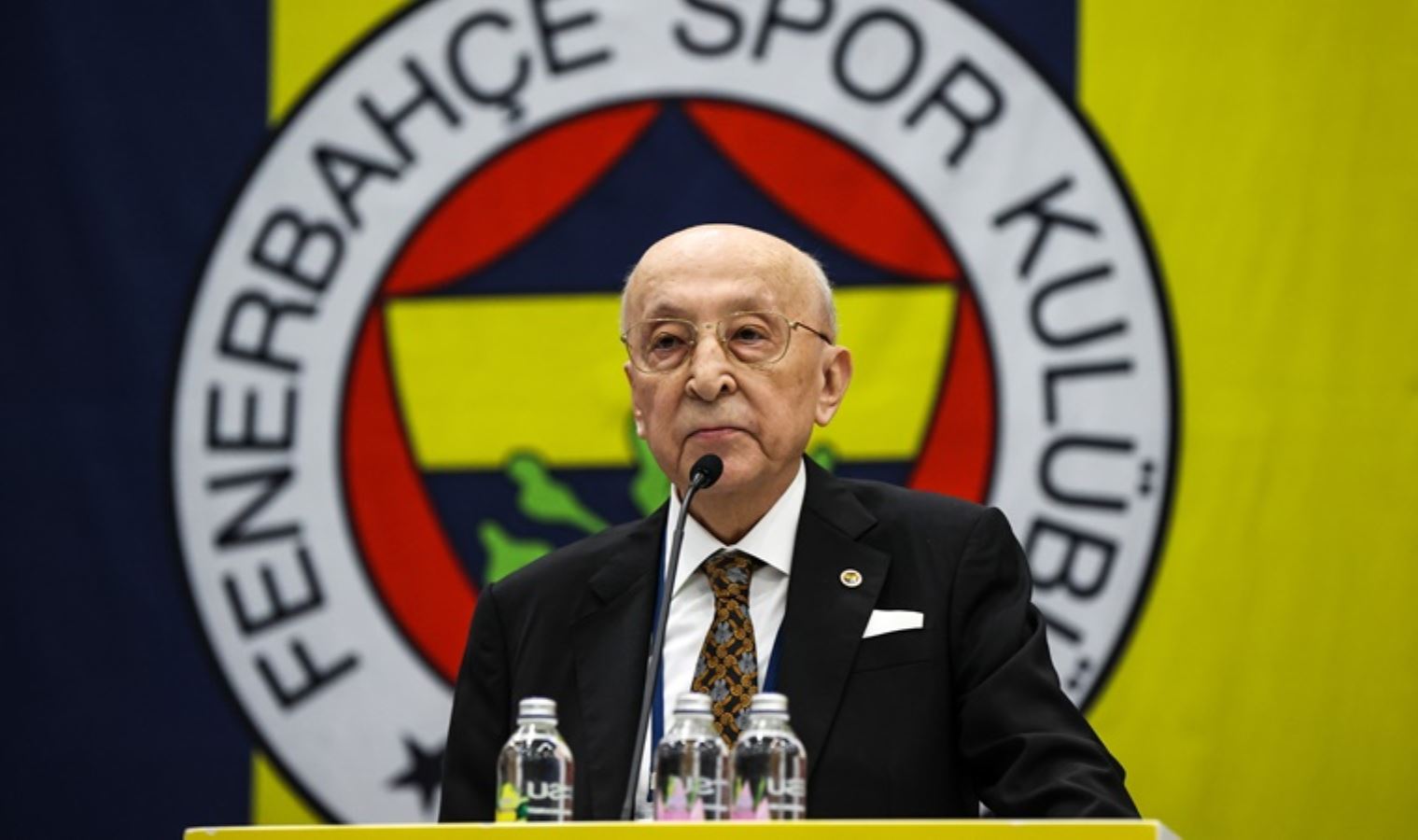 “I IGNORE THIS PERSON’S SPEECH”

Speaking at the meeting, Vefa Küçük said that they had organized an election race on April 9 and said: “Ugur Dundar and his friends have won the presidency of the high council, which I exercised with honor for 8 years on April 9 with your votes. Uğur Dündar and his friends will lead the council for 2 years. I am a candidate. “I respected him as a Turkish football club. That day, following the election, I congratulated him on the podium and thanked you. Although some deny all the services I have returned to this club, God knows.”

Emphasizing that Engin Turan, who gave a speech, criticizes him and that he can accept this situation as he cannot enter his heart, Küçük continued his remarks as follows:

Vefa Küçük’s use of the phrase “dishonorable” towards Engin Turan in his speech also drew criticism from the members.

Uğur Dündar advised Küçük to withdraw this statement. Küçük said he heeded Dundar’s warning and went back on his statement.