Shock footage of Pitbull horror, which sparked outrage in Gaziantep, has been reached. In the newly obtained footage, Asiye, who was badly injured in the dog’s attack, plays with the dogs minutes before the incident. In the photographs of Asiye Ateş, we see that the little girl is entwined with the Pitbulls. According to Turkish newspaper news; Member of Faculty of Veterinary Medicine, University of Uludag Prof. Dr. Ebru Yalçın, in his assessment in light of the images, said, “An official invitation to disaster has been issued.”

THE MANAGER OF THE SITE WHERE THE THREAT WAS SPOKEN

Mustafa Elibol, the director of the Gaziantep-Seyri Antep site, where the Pitbull horror was experienced, spoke. Elibol “It was a mistake to leave these dogs on the site. I am ready to pay the price for this mistake, but the most important thing for me is that Asiye, whom I love as much as my daughter, is saved.”

Mustafa Elibol, who said the dog was not his, said, “Who would want such a thing? I have never had a dog in my life. The pit bulls are owned by brothers Zeliha and Zeynep Can, who live on our site and work in site administration,” he said.

Dismissing the claim that he is the owner of Pitbull dogs, site manager Mustafa Elibol said: “I called the municipality for dogs after a few incidents. It was a mistake to let them stay on the site. site.”

Mustafa Elibol described the sad event, which all of Turkey was following closely, with these words:
“I was at home the day of the incident. The dogs were brought seven months ago by Zeynep and Zeliha Can, who worked in the management of the site. The owners of the beacon are Osman Kıvanç and Mustafa Yiğit. The day of the incident After the incident, Zeliha Can takes the dogs out of the shed and takes them to the basketball court. Despite the security guard’s insistent shouting, Asiye walks in and walks in. She plays with the dogs for a while. At the end of a moment the dogs are inexplicably attacking Asiye. I heard screams and ran to the scene. I saw two Pitbulls destroy Asiye in 15-20 seconds. Basketball court security I introduced the footage from the camera at the field. Zeliha and the dogs are the first to enter the fenced area. Asiye comes later. 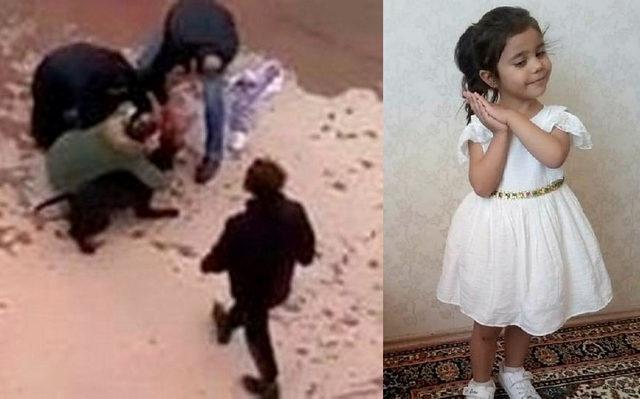 I SEARCHED THE MUNICIPALITY FOR DOGS

I have 10 apartments on the Seyri Antep site. I also manage this place. I recognize our negligence with these dogs. However, I had a shelter built for the dogs that roamed completely out in the open. I have warned all inhabitants of the site of the dangers. Two months ago I called the municipality to take the dogs after a few different incidents. The officers came, but Zeynep and Zeliha didn’t give the dogs. They even reacted a lot.

HIS MOTHER TAKES THE PICTURES

I warned Asiye’s mother several times not to approach the dogs. Mother Zeliha Ateş was watching the Pitbulls playing with the child. He even took pictures of them cuddling around him. We also submitted them to the prosecutor’s office. I admit that we were at fault in this incident, and I think all of Turkey should learn from it.”

Mustafa Elibol said the allegations that he offered money and threatened Father Hüseyin Ateş did not reflect the truth.

“FACIA SAID I WAS COMING”

Faculty Member of University of Uludag Prof. Dr. Ebru Yalçın, in the assessment she made after the images she viewed, determined that disaster was coming.
Ebru Yalçın said, “Obviously Asiye was allowed to enter there because she knew dogs somehow. However, this is a huge mistake. Because even a sound from the outside triggers these dogs to attack Asiye. It has a warning effect. Another bad thing about the event is when someone attacks. the other joins him. In fact, this sad event should be a lesson and we should all take lessons. Those dogs shouldn’t have been there. Since the dogs arrived, the little boy shouldn’t be taken to the field at any cost. The dog’s motivation changes very suddenly. The Pitbull breed is particularly motivated very quickly.” In addition, the dogs are quite big. There is great negligence in all aspects,” he said.

Declaration “Ümit Özdağ” of the Ministry of Interior

Very harsh words from Özdağ! ‘Till I die…’